Putting It Together: Employee Termination 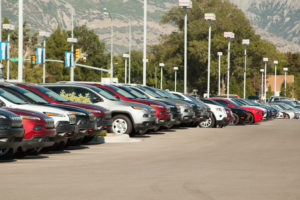 Let’s take a look back at XYZ Automotive. In 2012, they learned the hard way that short-term cost cutting can lead to long-term effects on a company’s reputation and profitability. After learning from their downsizing shortcomings in 2012, XYZ Automotive was better equipped to handle future restructuring situations. In 2018, when faced with the need to layoff employees to reduce costs, XYZ Automotive decided to take a different approach than they took in 2012. This time, they decided to clearly explain their reasonings behind the layoffs. In 2012, profits were up, which made it all the more confusing when the layoffs began. If XYZ Automotive had clearly explained the reasonings behind the layoffs (increased plant costs and lowered sales prices to stay competitive), they may have been met with less outrage. In addition, instead of completely eliminating an entire plant, in 2018, XYZ Automotive decided to spread out the layoffs over their entire company.

While there is never an easy way to downsize, there are ways organizations can provide better understanding and compensation to help lessen the blow. It is most important to consider long-term strategic decisions instead of focusing on short-term solutions. If rash decisions are made during the downsizing process, potential consequences are more likely to be overlooked and can cost the company a lot more money in the long run.