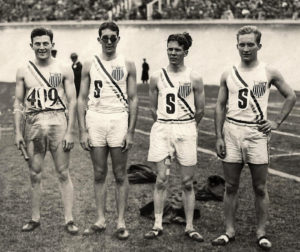 Difference between Group and Team

Is there a difference between a group and a team? Isn’t a collection of people just a collection of people regardless of what we call them? A group is comprised of two or more individuals who share common interests or characteristics, and its members identify with one another due to similar traits. A team, on the other hand, is a group of people with different skills and different tasks, who work together on a common project, service, or goal, combining their functions and providing mutual support along the way. Watch the following video, keeping those two definitions in mind.

There are many types of work teams, and they range in the degree of autonomy afforded to team members. As with the different styles of management (e.g., autocratic, democratic), there are trade-offs with each kind of team structure, so it’s important to understand when each type of team should be used.

A self-managed team is a group of employees working together who are accountable for most or all aspects of their task. These work teams determine how they will accomplish assigned objectives and decide what route they will take to meet them. They are granted the responsibility of planning, scheduling, organizing, directing, controlling and evaluating their own work process. They also select their own members and evaluate the members’ performance. In this way they share both the managerial and technical tasks. As a result, supervisory positions take on decreased importance and may even be eliminated. 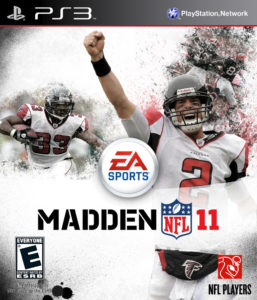 Electronic Arts Inc. is a leading global interactive entertainment software company. EA develops, publishes, and distributes interactive software worldwide for video game systems, personal computers, wireless devices, and the Internet. The company’s 2016 revenues were more than $3.5 billion, and it has 8,000 employees in more than 23 countries. Electronic Arts launched internal collaborative communities (i.e., self-managed teams) in 2009 across its globally distributed workforce. Its goal was to gain the efficiencies of a large enterprise without compromising local teams’ autonomy or creativity. The communities formed at EA were empowered to make decisions and to deliver. EA’s communities could recommend the next technology road map or they could change a business process to become more effective or efficient. There were no limits placed on the types of communities within EA.

Within the company, the real power of these self-managed teams or communities is to work collaboratively to achieve a common goal – to create a new product or service, improve the effectiveness of a business process, or even to eliminate operational inefficiencies. To achieve its goals and to empower its communities to make decisions, EA explicitly focused on a “light” governance structure that promotes the organic interaction of teams and empowers them to produce a desired business outcome.

A project team is a team whose members usually belong to different groups but are assigned activities for the same project. Usually project teams are only used for a defined period of time and are disbanded after the project is deemed complete. The central characteristic of project teams in modern organizations is the autonomy and flexibility given to them in the process of meeting their goals. The project team usually consists of a variety of members working under the direction of a project manager or a senior member of the organization. Project teams need to have the right combination of skills, abilities, and personality types to achieve collaborative tension. 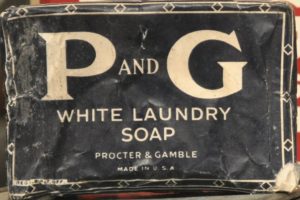 When companies develop new products, they frequently take a project-team approach. A new product requires expertise from around the company—from marketing, operations, legal, accounting/analysis, sales, engineering/operations, and strategy. Omitting any of these vital perspectives or getting a factor wrong can cause the new product to fail.

Proctor and Gamble has become a new-product-development giant by studying this work process. The company choose small teams comprised of dedicated employees, since part-timers are often too distracted by other assignments. P&G sets the team goal as “winning in the marketplace,” not just getting a product out the door.[1]

A cross-functional teams consists of people from different parts of an organization. The team members have different functional expertise—from finance, marketing, operations, and human resource departments, for example—and they typically come from different levels of the organization. Members may also come from outside an organization (in particular, from suppliers, key customers, or consultants). Cross-functional teams typically function as self-directed teams assigned to particular tasks that require the input and expertise of numerous departments. The idea is that a multidisciplinary team will increase the level of creativity and out-of-the-box thinking, since its members bring unique perspectives and skills to the problem at hand. In business today, innovation is a leading competitive advantage, and cross-functional teams are thought to facilitate and speed that innovation. 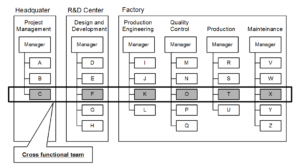 Many business activities require cross-functional collaboration to achieve successful outcomes. A common example is service improvement. To better meet customer expectations and achieve higher satisfaction rates, a company first needs to understand what customers are looking for. The marketing department is responsible for gathering that type of customer data. Operations staff members have expertise in designing the process for delivering a service, so they would probably need to be involved in making any changes to that system. The human resources department oversees training, and employees may need new skills to succeed with the new process. If any information technology is involved in supporting the service improvement, then people from that department should be on the team. Finally, accountants may be needed to identify any new costs and additional savings. In this example, the team brings together people from five different functional areas.

In a manager-led team, the team members complete the required tasks, but someone outside the team (i.e., a manager) performs the executive functions. There is an inevitable tension between the degree of manager control in a team and the ability of team members to guide and manage their own actions. Manager-led teams provide more control, but they can also hamper creativity and individual expression.

The Arts Council of the Albemarle has received a significant gift from a community donor to create a drama workshop for neighborhood youth. As the director of community outreach, Margaret has put together a team to develop the workshop. Among those selected are a program director, a senior program lead, and a program staff member who is studying performing arts at the local university. Margaret assigns each of them specific tasks and responsibilities and creates a schedule for team meetings to discuss progress on the development of the program. She is interested in cultivating a strong relationship with the community donor, and therefore she is very involved in the team’s progress. She meets with the members on a regular basis to ensure that all efforts are on target along the way. While Margaret is, in effect, the team’s manager, the team members must work closely with one another to integrate the elements of the workshop. For example, the play must appeal to the donors, students, parents, and audiences while also being within reach of the instructors’ and students’ abilities.

A virtual team is a group of individuals in different geographic locations who use technology to collaborate on work tasks and activities. The use of this kind of work team has become prevalent in organizations due to the reduced costs of technology, the increased availability of collaborative technologies (videoconferencing software, etc.), the shift toward globalization in business, and greater use of outsourcing and temporary workers. They offer flexibility around the logistics of doing business since team members can “meet” from any location—wherever they happen to be, such as a home office, coffee shop, etc.—at any time of the day or week. Many of the other types of work teams can also be virtual teams, depending on the organization’s needs and resources.