What you’ll learn to do: list and describe the elements of a legally enforceable contract, and explain the consequences of breach of contract

This section is an introduction to contract law, legislation that governs the majority of our business and professional dealings. We will define and discuss contracts, including the four required elements of a valid or legally enforceable contract, and highlight exceptions and the related statute. We’ll also define “breach of contract” and discuss the remedies for a breach, how damages are calculated and what’s required to prevail under different scenarios. Key terms and concepts presented include contract, consideration, capacity, legality, breach of contract, expectation interest, reliance interest, restitution interest and specific performance.

What Is a Contract? 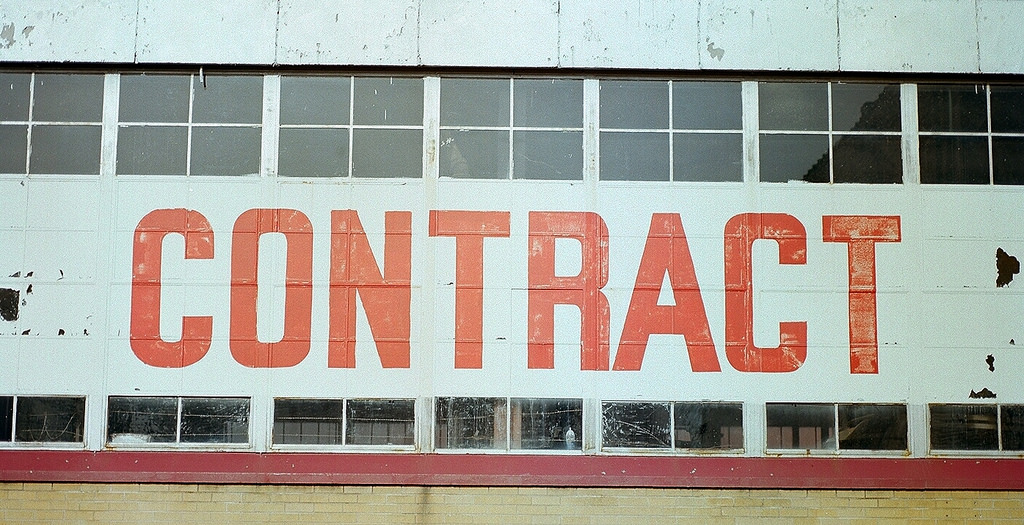 The Business Law and the Legal Environment authors define contract as “a legally enforceable agreement,” noting that while we make a number of casual promises (e.g., “I’ll call you later”) and formal commitments in the course of a day, these agreements do not necessarily constitute a valid contract. The details of what each party is committing to in a contract are referred to as covenants. As we will discuss in the next section, there are several elements to a valid—read: legally enforceable—contract.

There are four required elements to an enforceable contract, outlined below:

If any one of these elements is missing, a contract may be voided, releasing the parties from any associated obligations.

Note that the Statute of Frauds requires certain transactions to be contracted for in writing, including the lease or sale of a home, marriage, assumption of debt and any transaction that extends beyond one year from the date of signing.[1]

The University of New Mexico’s Judicial Education Center defines breach of contract as “a failure, without legal excuse, to perform any promise that forms all or part of the contract. This includes failure to perform in a manner that meets the standards of the industry or the requirements of any express warranty or implied warranty, including the implied warranty of merchantability.”[2]

When a breach is material, the nonbreaching party is released from performing his or her obligations under the contract. That is, the party is “discharged” and has the right to all remedies for breach of contract. If the breach is not material, the nonbreaching party is held to the contract but may sue for damages resulting from the breach. For example, a minor delay in receiving goods or services when time is not “of the essence” is an immaterial breach. The the buyer is required to pay for the goods or services as contracted and may sue to recover any damages caused by the delay.

As discussed above, a breach of contract occurs when a party (or parties) to a contract fails to perform their duties without a valid excuse. The method a court uses to compensate an injured party is referred to as a “remedy.” Damages for breach of contract are based on three interests: expectation, reliance and restitution.

Expectation interest—described as “benefit of the bargain”—is designed to put the plaintiff in the position he or she would have been in had the contract been fully executed.[3] The is the most common remedy for a breach of contract. In this scenario, damages are calculated to take into account all reasonably expected gains, expenses or losses. Monetary awards based on expectation interest may include direct damages, consequential damages and/or incidental damages. Direct damages are the direct costs incurred due to the breach of contract. In addition to direct damages, a plaintiff may seek consequential or “special” damages. Consequential damages are awarded only if the breaching party should have foreseen the consequences when the contract was negotiated. Incidental damages are the costs an injured party incurs responding to the breach. The caveat: expectation damages must be able to be quantified with reasonable certainty. If that’s not the case, an injured party may want to pursue damages based on reliance interest.

Reliance interest is designed to put the plaintiff in the position he or she would have been in if the contract had never been made. In this case, the remedy is based on the time and money the injured party invested in performance of the contract.

If an injured party cannot prove expectation damages or reliance damages, the final options is restitution. Restitution may also arise in situation where there is a discharge of duties. To quote from the contract language: “A party whose duty of performance does not arise or is discharged as a result of nonoccurrence of a condition is entitled to restitution for any benefit that he has conferred on the other party by way of part performance or reliance.”

When monetary damages are insufficient to compensate the plaintiff for the breach, a court can order specific performance, which compels one party to perform, as nearly as practicable, his or her duties specified in the contract. Specific performance is generally used in cases where the object transferred is considered to be rare or unique—for example, art or land.