What you’ll learn to do: identify and explain the four stages of an economy and describe their impact on business operations

In this section, we will consider the economy over time, introducing the concepts of the economic cycle and the four distinct and recognizable (albeit, sometimes in hindsight) stages of the economy. This section builds on learning from the prior section on economic indicators, associating economic stages with identifying characteristics in terms of the priorities of growth, employment and prices. Economic stages aren’t simply an academic concept; they have implications for all of us—as employees, business and public/social service managers and consumers. The scenario in this section illustrates the impact of the economic cycles on a small business and the ripple effect on customers, workers and suppliers. 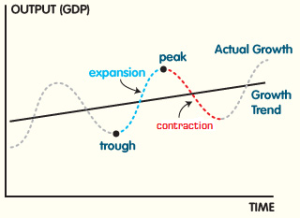 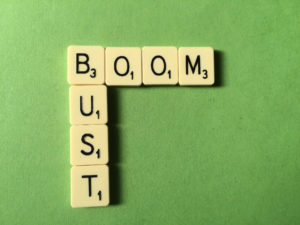 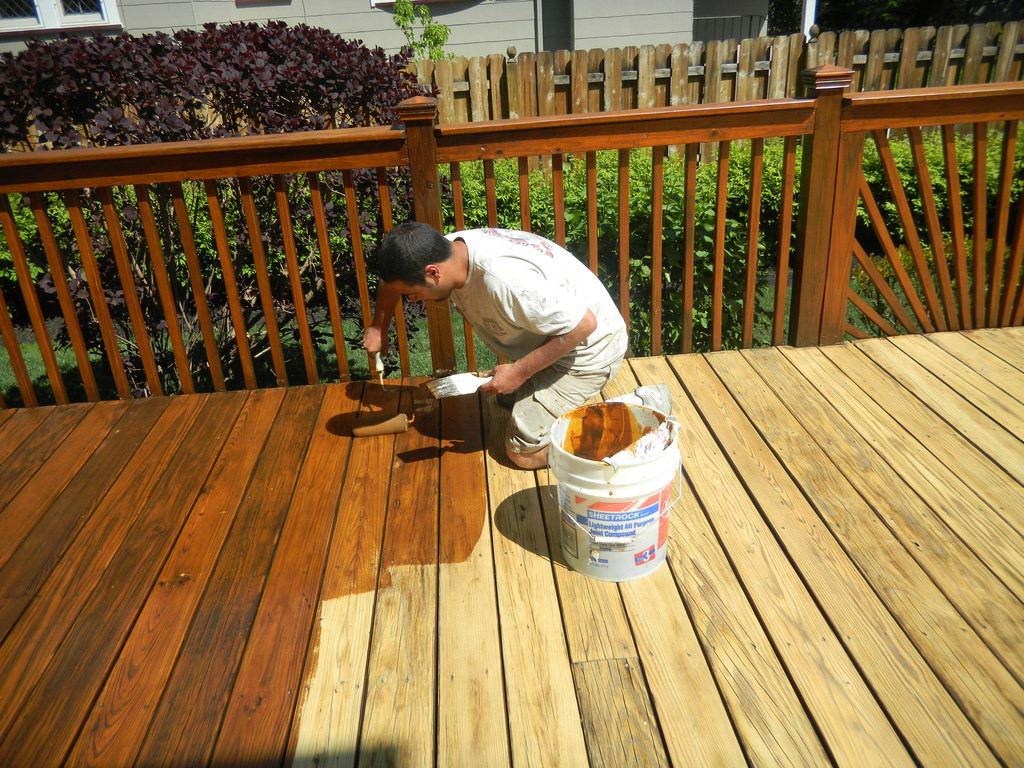 How the economic cycle affects business operations may be best explained by looking at how one business responds to these cycles. Normal Maintenance is a small business that provides a variety of construction services to homeowners. They specialize in roofing, deck installations, siding, and general home maintenance. They employ three full-time workers, who typically work forty hours per week for an average of twelve dollars per hour. The company has been in business in the same town for more than twenty years and has a solid reputation for quality work and reliability.

Normal Maintenance is busy and has recently had to turn down jobs because it lacks the capacity to do all the work offered. Homeowners now want to make home repairs and improvements which they had to put off during the sour economy. With the economy improving, others are fixing up their homes to sell. Faced with so much demand, the owner of Normal Maintenance must decide whether to pay his existing workers overtime (which will increase the costs for each job and reduce profits) or hire additional workers. The competition for qualified construction labor is steep, and he is concerned that he will have to pay more than his usual rate of twelve dollars per hour or possibly get workers who are not as qualified as his current crew. He is, however, able to charge higher prices for his work because homeowners are experiencing long waits and delays getting bids and jobs completed.  The owner purchases a new truck and invests in additional tools in order to keep up with the demand for services. Customers are willing to pay more than usual so they can get the work done. Business is expanding to such an extent that Normal Maintenance and its suppliers are starting to have trouble obtaining materials such as shingles and siding because the manufacturers have not kept pace with the economic expansion. In general, business is great for Normal Maintenance, but the expansion brings challenges.

As the economy begins to contract, business begins to slow down for Normal Maintenance. They find that they are caught up on work and they aren’t getting so many phone calls. The owner is able to reduce his labor costs by cutting back on overtime and eliminating weekend work. When the phone does ring, homeowners are asking for bids on work—not just placing work orders. Normal Maintenance loses out on several jobs because their bids are too high. The company begins to look for new suppliers who can provide them with materials at a cheaper price so they can be more competitive. The building material companies start offering “deals” and specials to contractors in order to generate sales. In general, competition for work has increased and some of the businesses that popped up during the expansion are no longer in the market. In the short term the owner is confident that he has enough work to keep his crew busy, but he’s concerned that if things don’t pick up, he might have to lay off some of the less experienced workers.