Management theory got its start during the Industrial Revolution when companies were interested in maximizing the productivity and efficiency of their workers in a scientific way. In this section you’ll learn about the major contributors to the field of management theory and how their ideas are used today.

A significant part of Taylorism was time studies. Taylor was concerned with reducing process time and worked with factory managers on scientific time studies. At its most basic level, time studies involve breaking down each job into component parts, timing each element, and rearranging the parts into the most efficient method of working. By counting and calculating, Taylor sought to transform management into a set of calculated and written techniques.

In 1909, Taylor published The Principles of Scientific Management. In this book, he suggested that productivity would increase if jobs were optimized and simplified. He also proposed matching a worker to a particular job that suited the person’s skill level and then training the worker to do that job in a specific way. Taylor first developed the idea of breaking down each job into component parts and timing each part to determine the most efficient method of working.

One of Taylor’s most famous studies was from his time at the Bethlehem Steel Company in the early 1900s. He noticed that workers used the same shovel for all materials, even though the various materials differed in weight. By observing the movements of the workers and breaking the movements down into their component elements, Taylor determined that the most efficient shovel load was 21½ lb.  Accordingly, he set about finding or designing different shovels to be used for each material that would scoop up that amount.

While Taylor was conducting his time studies, Frank and Lillian Gilbreth were completing their own work in motion studies to further scientific management. The Gilbreth name may be familiar to anyone who has read the book Cheaper By The Dozen (or seen the movie the book inspired). The book is a biographical novel about the Gilbreth family, their twelve children, and the often humorous attempts of the Gilbreths to apply their efficiency methods in their own household. 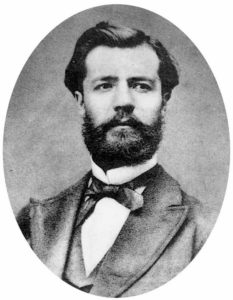 Henri Fayol was born in France in 1841. Fayol was a mining engineer who became the head of a large mining company. He wanted managers to be responsible for more than just increasing production. The story goes that he came to this insight when a mine was shut down after a horse broke a leg and no one at the mine had authority to purchase another. Fayol saw this as a direct failure of management to plan and organize the work. Following this, Fayol began experimenting with different management structures.

Over the years, management theorists have built upon and refined Fayol’s original work and, more recently, have combined the “command” and “coordinate” functions into one function: leading. Today, the key functions of management are considered to be the following: planning, organizing, staffing, leading, controlling, and motivating.

All levels of management perform these functions; however, as with the skills required for effective management, the amount of time a manager spends on each function depends on the level of management and the needs of the organization. In the next readings we will explore each of these functions in greater depth.