Putting It Together: Global Environment 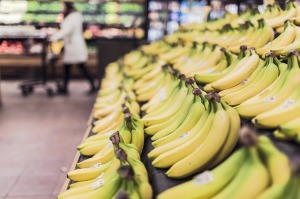 Remember the humble banana we talked about at the start of this module?  Now you know at least some of what it takes to get bananas from Brazil to your local grocery store: trade agreements, currency exchange rates, compliance with federal laws, bribery and possible corruption, national comparative advantages, tariffs, trade restrictions, cultural differences, and more. Those are just a few of the things that had to fall into place to get those bananas into your local market and ultimately into a banana split served at the local ice cream shop!

What is the future of globalization? Take a look at the following video for some ideas . . .

This module covered the global environment of business. Below is a summary of the topics covered in this module.

Why do countries trade? Shouldn’t a strong country such as the United States produce all of the computers, television sets, automobiles, cameras, and VCRs it wants rather than import such products from Japan? Why do the Japanese and other countries buy wheat, corn, chemical products, aircraft, manufactured goods, and informational services from the United States? Because countries have different natural, human, and capital resources and different ways of combining these resources, they are not equally efficient at producing the goods and services that their residents demand. The decision to produce any good or service has an opportunity cost, which is the amount of another good or service that might otherwise have been produced. Given a choice of producing one good or another, it is more efficient to produce the good with the lower opportunity cost, using the increased production of that good to trade for the good with the higher opportunity cost.

A nation has a comparative advantage at producing something if it can produce it at a lower cost than another. A competitive advantage is a term describing attributes that allows a nation to outperform competing nations. These attributes may include access to natural resources, such as high-grade ores or inexpensive power, highly skilled personnel, geographic location, high entry barriers, etc.

The main strategies that companies use to enter the global market are exporting/importing, outsourcing/offshoring, licensing and franchising, joint ventures/strategic alliances, and foreign direct investment (FDI). Each has different advantages and disadvantages that must be weighed carefully.

Ethical Challenges in the Global Environment

Culture plays a big role in shaping and defining ethical behavior. As a result, what may be considered ethical in one country may be seen as unethical in another. In a global business context, such ethical challenges often arise in the form of corruption and labor abuse.

The goal of the GATT is to make trade freer, and thus the promises countries make must involve reductions in trade barriers. The WTO’s main purpose is to monitor the trade liberalization agreements reached by GATT-member countries in the Uruguay Round. The most important “power” of the WTO is its ability to adjudicate disputes between member countries regarding compliance with the agreements. The IMF’s key roles are the following: promote international monetary cooperation; facilitate the expansion and balanced growth of international trade; promote exchange stability; and assist in the establishment of a multilateral system of payments. The World Bank has one central purpose: to promote economic and social progress in developing countries by helping raise productivity so that their people can live a better and fuller life.