What you’ll learn to do: describe cognitive and neurological changes during middle adulthood 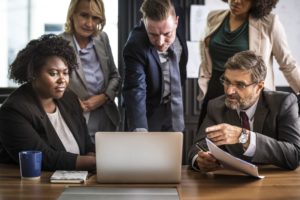 While we sometimes associate aging with cognitive decline (often due to the the way it is portrayed in the media), aging does not necessarily mean a decrease in cognitive function. In fact, tacit knowledge, verbal memory, vocabulary, inductive reasoning, and other types of practical thought skills increase with age. We’ll learn about these advances as well as some neurological changes that happen in middle adulthood in the section that follows. 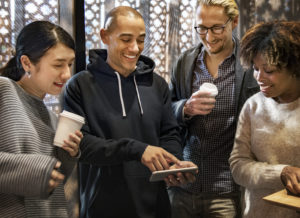 One of the most influential perspectives on cognition during middle adulthood has been that of the Seattle Longitudinal Study (SLS) of adult cognition, which began in 1956. Schaie & Willis (2010) summarized the general findings from this series of studies as follows: “We have generally shown that reliably replicable average age decrements in psychometric abilities do not occur prior to age 60, but that such reliable decrement can be found for all abilities by 74 years of age.” In short, decreases in cognitive abilities begin in the sixth decade and gain increasing significance from that point on. However, Singh-Maoux et al (2012) argue for small but significant cognitive declines beginning as early as age 45. There is some evidence that adults should be as aggressive in maintaining their cognitive health as they are their physical health during this time as the two are intimately related.

A second source of longitudinal research data on this part of the lifespan has been the The Midlife in the United States Studies (MIDUS), which began in 1994. The MIDUS data supports the view that this period of life is something of a trade-off, with some cognitive and physical decreases of varying degrees. The cognitive mechanics of processing speed, often referred to as fluid intelligence, physiological lung capacity, and muscle mass, are in relative decline. However, knowledge, experience and the increased ability to regulate our emotions can compensate for these loses. Continuing cognitive focus and exercise can also reduce the extent and effects of cognitive decline.

Empirical research has shown that those with an internal locus of control enjoy better results in psychological tests across the board; behavioral, motivational, and cognitive. It is reported that this belief in control declines with age, but again, there is a great deal of individual variation. This raises another issue: directional causality. Does my belief in my ability to retain my intellectual skills and abilities at this time of life ensure better performance on a cognitive test compared to those who believe in their inexorable decline? Or, does the fact that I enjoy that intellectual competence or facility instill or reinforce that belief in control and controllable outcomes? It is not clear which factor is influencing the other. The exact nature of the connection between control beliefs and cognitive performance remains unclear.[1].

Brain science is developing exponentially and will unquestionably deliver new insights on a whole range of issues related to cognition in midlife. One of them will surely be on the brain’s capacity to renew, or at least replenish itself, at this time of life. The capacity to renew is called neuorgenesis; the capacity to replenish what is there is called neuroplasticity. At this stage it is impossible to ascertain exactly what effect future pharmacological interventions may have on possible cognitive decline at this, and later, stages of life. 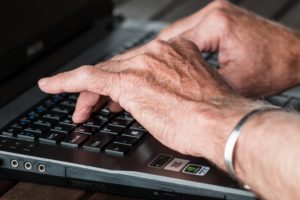 Figure 2. While typing speed and reaction time slow with age, older typists can compensate in other ways, by looking farther ahead at printed text.

With age, systematic declines are observed on cognitive tasks requiring self-initiated, effortful processing, without the aid of supportive memory cues (Park, 2000). Older adults tend to perform poorer than young adults on memory tasks that involve recall of information, where individuals must retrieve information they learned previously without the help of a list of possible choices. For example, older adults may have more difficulty recalling facts such as names or contextual details about where or when something happened (Craik, 2000). What might explain these deficits as we age?

As we age, working memory, or our ability to simultaneously store and use information, becomes less efficient (Craik & Bialystok, 2006). The ability to process information quickly also decreases with age. This slowing of processing speed may explain age differences on many different cognitive tasks (Salthouse, 2004). Some researchers have argued that inhibitory functioning, or the ability to focus on certain information while suppressing attention to less pertinent information, declines with age and may explain age differences in performance on cognitive tasks (Hasher & Zacks, 1988).

Fewer age differences are observed when memory cues are available, such as for recognition memory tasks, or when individuals can draw upon acquired knowledge or experience. For example, older adults often perform as well if not better than young adults on tests of word knowledge or vocabulary. With age often comes expertise, and research has pointed to areas where aging experts perform as well or better than younger individuals. For example, older typists were found to compensate for age-related declines in speed by looking farther ahead at printed text (Salthouse, 1984). Compared to younger players, older chess experts are able to focus on a smaller set of possible moves, leading to greater cognitive efficiency (Charness, 1981). Accrued knowledge of everyday tasks, such as grocery prices, can help older adults to make better decisions than young adults (Tentori, Osheron, Hasher, & May, 2001).

We began with Schaie and Willis (2010) observing that no discernible general cognitive decline could be observed before 60, but other studies contradict this notion. How do we explain this contradiction? In a thought-provoking article, Ramscar et al (2014) argued that an emphasis on information processing speed ignored the effect of the process of learning/experience itself; that is, that such tests ignore the fact that more information to process leads to slower processing in both computers and humans. We are more complex cognitive systems at 55 than 25.

This video highlights some of the cognitive changes during adulthood as well as the characteristics that either decline, improve, or remain stable.

Empirical studies of cognitive aging are often difficult, and quite technical, given their nature. Similarly, experiments focused on one kind of task may tell you very little in terms of general capacities. Memory and attention as psychological constructs are now divided into very specific subsets which can be confusing and difficult to compare.

However, one study does show with relative clarity the issues involved. In the USA, The Federal Aviation Authority insists that all air traffic controllers retire at 56 and that they cannot begin until age 31 unless they have previous military experience. However, in Canada controllers are allowed to work until aged 65 and are allowed to train at a much earlier age. Nunes and Kramer (2009) studied four groups: a younger group of controllers (20-27), an older group of controllers aged 53 to 64,  and two other groups of the same age who were not air traffic controllers. On simple cognitive tasks, not related to their occupational lives as controllers, older controllers were slower than their younger peers. However, when it came to job-related tasks their results were largely identical. This was not true of the older group of non-controllers who had significant deficits in comparison. Specific knowledge or expertise in a domain acquired over time (crystallized intelligence), can offset a decline in fluid intelligence.[2]

The idea of tacit knowledge was first introduced by Michael Polanyi (1954). He argued that each individual had a huge store of knowledge based on life experience, but that it was often difficult to describe, codify, and thus transfer, as stated in his famous formulation, “we always know more than we can tell.” Organizational theorists have spent a great deal of time thinking about the problem of tacit knowledge in this setting. Think of someone you have encountered who is extremely good at what they do. They may have no more (or less) education, formal training, and even experience, than others who are supposedly at an equivalent level. What is the “something” that they have? Tacit knowledge is highly prized and older workers often have the greatest amount, even if they are not conscious of that fact.

control beliefs:
the belief that an individual can influence life outcomes, encompassing estimations of relevant external constraints and our own capabilities
crystallized intelligence:
knowledge, skills, and experience acquired over a lifetime, accessible via memory and expressible in word/number form
fluid intelligence:
the ability to recognize patterns and solve problems, irrespective of any past experience of the context in which these patterns or problems arise
tacit knowledge:
pragmatic or practical and learned through experience rather than explicitly taught