What you’ll learn to do: explore economic growth

In this section, we will explore economic growth, which is the increase in economic activity that occurs over the long term. We measure economic growth by real GDP per capita, but growth is a broader collection of social and economic changes, which lead to an increase in the standard of living.

You’ll see why growth happened rapidly following the Industrial Revolution, and why growth remains important today. You will also determine what factors lead to improvements in standards of living. 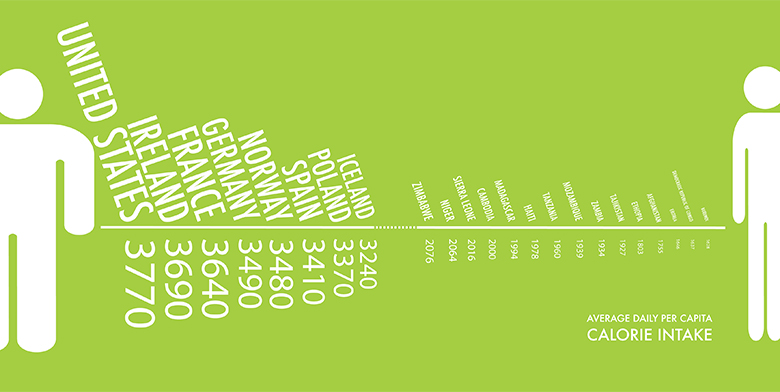 Figure 1. Average Daily Calorie Consumption. Not only has the number of calories consumed per day increased, so has the amount of food calories that people are able to afford based on their working wages. (Credit: modification of work by Lauren Manning/Flickr Creative Commons).

When news reports indicate that “the economy grew 1.2% in the first quarter,” the reports are referring to the percentage change in real GDP. By convention, GDP growth is reported at an annualized rate: whatever the calculated growth in real GDP was for the quarter, it is multiplied by four when it is reported as if the economy were growing at that rate for a full year. 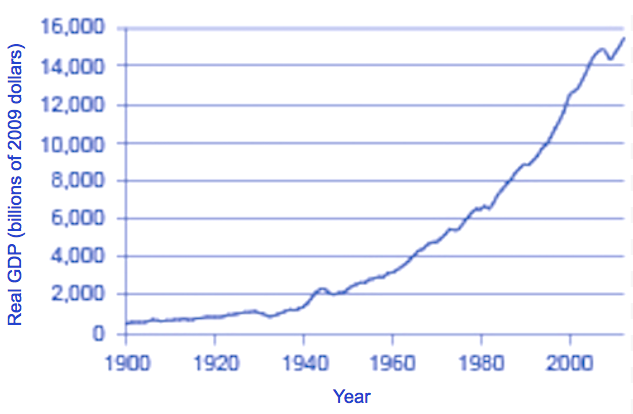 Figure 1. U.S. GDP, 1900–2016. Real GDP in the United States in 2016 (in 2009 dollars) was about $16.7 trillion. After adjusting to remove the effects of inflation, this represents a roughly 20-fold increase in the economy’s production of goods and services since the start of the twentieth century. (Source: bea.gov)

Figure 1 shows the pattern of U.S. real GDP since 1900. The generally upward long-term path of GDP has been regularly interrupted by short-term declines. A significant decline in real GDP is called a recession. Recessions typically last at least six months (or two quarters).  An especially lengthy and deep recession is called a depression. The severe drop in GDP that occurred during the Great Depression of the 1930s is clearly visible in the figure, as is the Great Recession of 2008–2009.

The most significant human problem associated with recessions (and their larger, uglier cousins, depressions) is that a slowdown in production means that firms need to lay off or fire some of the workers they have. Losing a job imposes painful financial and personal costs on workers, and often on their extended families as well. In addition, even those who keep their jobs are likely to find that wage raises are scanty at best—they may even be asked to take pay cuts or work reduced hours.

Table 1 lists the pattern of recessions and expansions in the U.S. economy since 1900. The highest point of the economy, before the recession begins, is called the peak; conversely, the lowest point of a recession, before a recovery begins, is called the trough. Thus, a recession lasts from peak to trough, and an economic upswing runs from trough to peak. The movement of the economy from peak to trough and trough to peak is called the business cycle. It is intriguing to notice that the three longest trough-to-peak expansions of the twentieth century have happened since 1960. The most recent recession started in December 2007 and ended formally in June 2009. This was the most severe recession since the Great Depression of the 1930s. 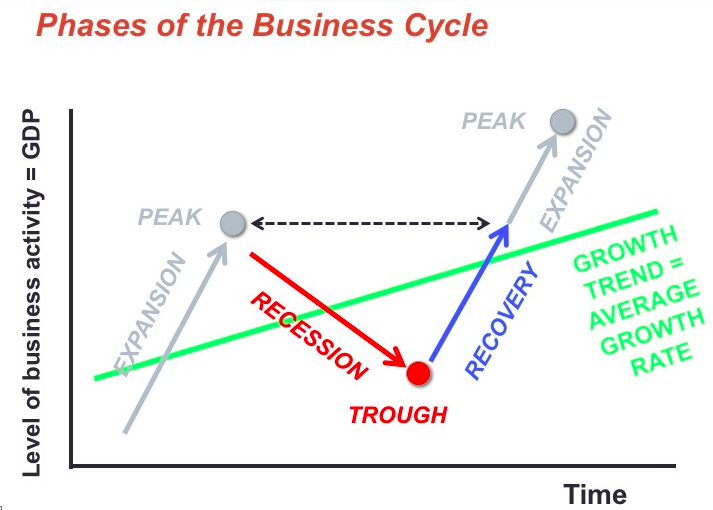 Figure 2. The Business Cycle. This is an example of a typical business cycle showing expansion, recession, then recovery. The growth trend is the average growth rate over time.

A private think tank, the National Bureau of Economic Research, is the official tracker of business cycles for the U.S. economy. However, the effects of a severe recession often linger on after the official ending date assigned by the NBER.

Watch this short video for another explanation of business cycles.

Other terminology to know in relation to the ebbs and flows of the business cycle include:

business cycle:
the relatively short-term movement of the economy from recession to expansion

depression:
an especially lengthy and deep decline in output

peak:
during the business cycle, the highest point of output before a recession begins

trough:
during the business cycle, the lowest point of output in a recession, before a recovery begins