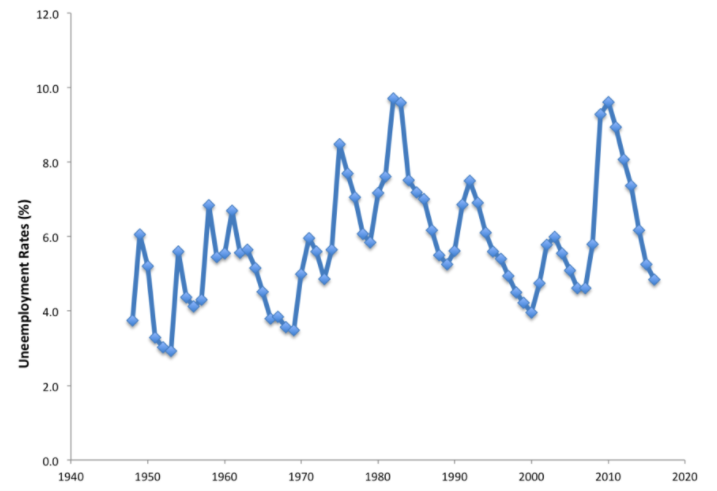 The unemployment rate for African-Americans is substantially higher than the rate for other racial or ethnic groups, a fact that surely reflects, to some extent, a pattern of discrimination that has constrained blacks’ labor market opportunities. However, the gaps between unemployment rates for whites and for blacks and Hispanics diminished in the 1990s, as shown in Figure 3(c). In fact, unemployment rates for blacks and Hispanics were at the lowest levels for several decades in the mid-2000s before rising during the recent Great Recession.

Table 2 shows the length of unemployment.

Just for fun, watch this Ted talk on the impact of droids on the labor market and what that means for the way we think about jobs.