What you’ll learn to do: explain the reasoning behind the theory of the Phillips Curve and why it may not hold 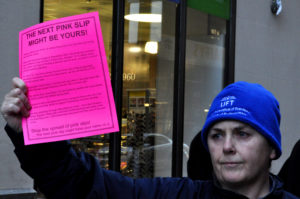 Figure 1. This woman is protesting while holding a “pink slip”, or a notice of dismissal from employment. The Philipps Curve is a supposed inverse relationship between the level of unemployment and the rate of inflation.

The Phillips Curve is a key part of Keynesian economics, at least the Keynesian economics of the 1960s. In this section, you’ll learn what makes the Phillips curve Keynesian, and why neoclassicals believe it may not hold in the long run. This speaks to the effectiveness of demand management policies, which is a major subject of this module.

The original Keynesian view using the AD-AS model was that AS was “L”-shaped. At any level of GDP below potential, changes in aggregate demand were thought to have no effect on the price level, only on GDP. Only when GDP reached potential would changes in aggregate demand affect prices, but not GDP. You can see this in the original Keynesian AD-AS model, Figure 1, which we first presented in the module on Keynesian Economics. 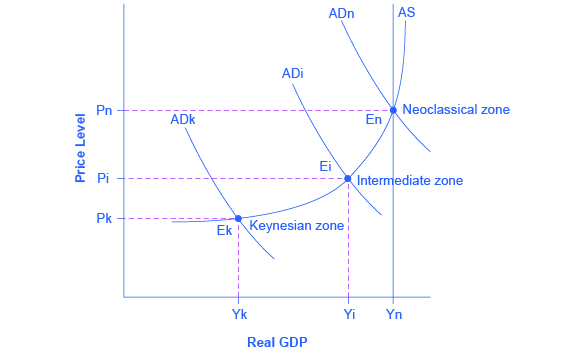 So where does that leave us with the Phillips Curve? Keynesian theory implied that during a recession, when GDP was below potential and unemployment was high, inflationary pressures would be low. Alternatively, when the level of output is at or even pushing beyond potential GDP, the economy is at greater risk for inflation. This yields the Phillips Curve relationship.

Figure 3 shows a theoretical Phillips curve, and the following feature shows how the pattern appears for the United States. 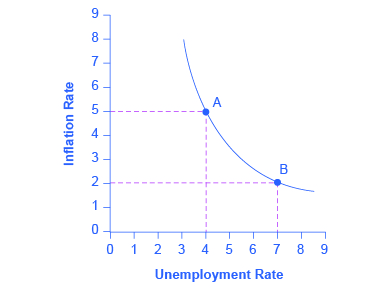 The PHILLIPS CURVE FOR THE UNITED STATES

Step 9. Using the data available from these two tables, plot the Phillips curve for 1960–69, with unemployment rate on the x-axis and the inflation rate on the y-axis. Your graph should look like Figure 4. 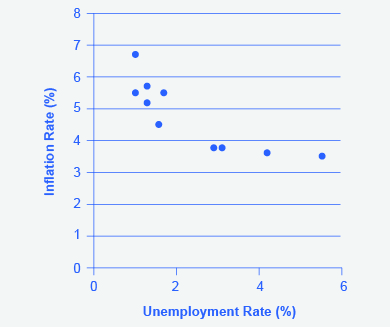 Figure 4. The Phillips Curve from 1960–1969. This chart shows the negative relationship between unemployment and inflation.

Step 10. Plot the Phillips curve for 1960–1979. What does the graph look like? Do you still see the tradeoff between inflation and unemployment? Your graph should look like Figure 5. 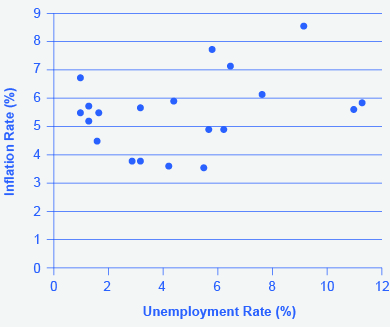 Figure 5. U.S. Phillips Curve, 1960–1979. The tradeoff between unemployment and inflation appeared to break down during the 1970s as the Phillips Curve shifted out to the right.

Then a curious thing happened. When policymakers tried to exploit the tradeoff between inflation and unemployment, the result was an increase in both inflation and unemployment. What had happened? The Phillips curve shifted, but why? The U.S. economy experienced this pattern in the deep recession from 1973 to 1975, and again in back-to-back recessions from 1980 to 1982. Many nations around the world saw similar increases in unemployment and inflation, and this pattern became known as stagflation. (Recall that stagflation is an unhealthy combination of high unemployment and high inflation.) Perhaps most important, stagflation was a phenomenon that could not be explained by traditional Keynesian economics.

Watch this short video for a summary of the Phillips curve and to learn more about the relationship between inflation and unemployment.

contractionary fiscal policy:
tax increases or cuts in government spending designed to decrease aggregate demand and reduce inflationary pressures
expansionary fiscal policy:
tax cuts or increases in government spending designed to stimulate aggregate demand and move the economy out of recession
Phillips curve:
the tradeoff between unemployment and inflation
Stagflation:
a simultaneous increase in between unemployment and inflation