In this section we will bring together the mathematical tools we’ve reviewed, and use them to approach more complex problems. In many problems, it is tempting to take the given information, plug it into whatever formulas you have handy, and hope that the result is what you were supposed to find. Chances are, this approach has served you well in other math classes.

This approach does not work well with real life problems, however. Read on to learn how to use a generalized problem solving approach to solve a wide variety of quantitative problems, including how taxes are calculated.

Problem solving is best approached by first starting at the end: identifying exactly what you are looking for. From there, you then work backwards, asking “what information and procedures will I need to find this?” Very few interesting questions can be answered in one mathematical step; often times you will need to chain together a solution pathway, a series of steps that will allow you to answer the question.

In most problems we work, we will be approximating a solution, because we will not have perfect information. We will begin with a few examples where we will be able to approximate the solution using basic knowledge from our lives.

In the first example, we will need to think about time scales, we are asked to find how many times a heart beats in a year, but usually we measure heart rate in beats per minute.

How many times does your heart beat in a year?

Suppose you count 80 beats in a minute. To convert this to beats per year:

In the next example, we show how to infer the thickness of something too small to measure with every-day tools. Before precision instruments were widely available, scientists and engineers had to get creative with ways to measure either very small or very large things. Imagine how early astronomers inferred the distance to stars, or the circumference of the earth.

How thick is a single sheet of paper? How much does it weigh?

While you might have a sheet of paper handy, trying to measure it would be tricky. Instead we might imagine a stack of paper, and then scale the thickness and weight to a single sheet. If you’ve ever bought paper for a printer or copier, you probably bought a ream, which contains 500 sheets. We could estimate that a ream of paper is about 2 inches thick and weighs about 5 pounds. Scaling these down,

The first two example questions in this set are examined in more detail here.

We can infer a measurement by using scaling.  If 500 sheets of paper is two inches thick, then we could use proportional reasoning to infer the thickness of one sheet of paper.

In the next example, we use proportional reasoning to determine how many calories are in a mini muffin when you are given the amount of calories for a regular sized muffin.

A recipe for zucchini muffins states that it yields 12 muffins, with 250 calories per muffin. You instead decide to make mini-muffins, and the recipe yields 20 muffins. If you eat 4, how many calories will you consume?

There are several possible solution pathways to answer this question. We will explore one.

To answer the question of how many calories 4 mini-muffins will contain, we would want to know the number of calories in each mini-muffin. To find the calories in each mini-muffin, we could first find the total calories for the entire recipe, then divide it by the number of mini-muffins produced. To find the total calories for the recipe, we could multiply the calories per standard muffin by the number per muffin. Notice that this produces a multi-step solution pathway. It is often easier to solve a problem in small steps, rather than trying to find a way to jump directly from the given information to the solution.

We can now execute our plan:

View the following video for more about the zucchini muffin problem.

We have found that ratios are very helpful when we know some information but it is not in the right units, or parts to answer our question. Making comparisons mathematically often involves using ratios and proportions. For the last

You need to replace the boards on your deck. About how much will the materials cost?

From a visit to the local home store, you find that an 8 foot by 4 inch cedar deck board costs about $7.50. The area of this board, doing the necessary conversion from inches to feet, is:

Of course, this cost estimate assumes that there is no waste, which is rarely the case. It is common to add at least 10% to the cost estimate to account for waste.

This example is worked through in the following video.

To make this decision, we must first decide what our basis for comparison will be. For the purposes of this example, we’ll focus on fuel and purchase costs, but environmental impacts and maintenance costs are other factors a buyer might consider.

We can then find the number of gallons each car would require for the year.

If gas in your area averages about $3.50 per gallon, we can use that to find the running cost:

While both the absolute and relative comparisons are useful here, they still make it hard to answer the original question, since “is it worth it” implies there is some tradeoff for the gas savings. Indeed, the hybrid Sonata costs about $25,850, compared to the base model for the regular Sonata, at $20,895.

We can conclude that if you expect to own the car 11 years, the hybrid is indeed worth it. If you plan to own the car for less than 11 years, it may still be worth it, since the resale value of the hybrid may be higher, or for other non-monetary reasons. This is a case where math can help guide your decision, but it can’t make it for you.

This question pulls together all the skills discussed previously on this page, as the video demonstration illustrates. 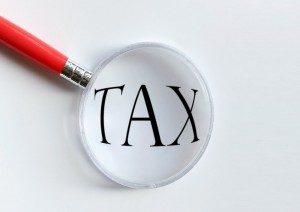