What you’ll learn to do: List the defining characteristics of biological life

Biology is the science that studies life, but what exactly is life? This may sound like a silly question with an obvious response, but it is not always easy to define life. For example, a branch of biology called virology studies viruses, which exhibit some of the characteristics of living entities but lack others. It turns out that although viruses can attack living organisms, cause diseases, and even reproduce, they do not meet the criteria that biologists use to define life. Consequently, virologists are not biologists, strictly speaking. Similarly, some biologists study the early molecular evolution that gave rise to life; since the events that preceded life are not biological events, these scientists are also excluded from biology in the strict sense of the term.

From its earliest beginnings, biology has wrestled with these questions: What are the shared properties that make something “alive”? And once we know something is alive, how do we find meaningful levels of organization in its structure? 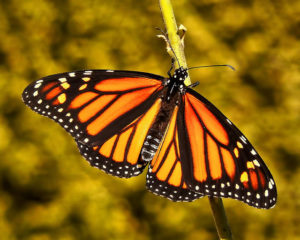 All living organisms share several key characteristics or functions: order, sensitivity or response to the environment, reproduction, growth and development, regulation, homeostasis, and energy processing. When viewed together, these characteristics serve to define life.

Organisms are highly organized, coordinated structures that consist of one or more cells. Even very simple, single-celled organisms are remarkably complex: inside each cell, atoms make up molecules; these in turn make up cell organelles and other cellular inclusions.

Sensitivity or Response to Stimuli 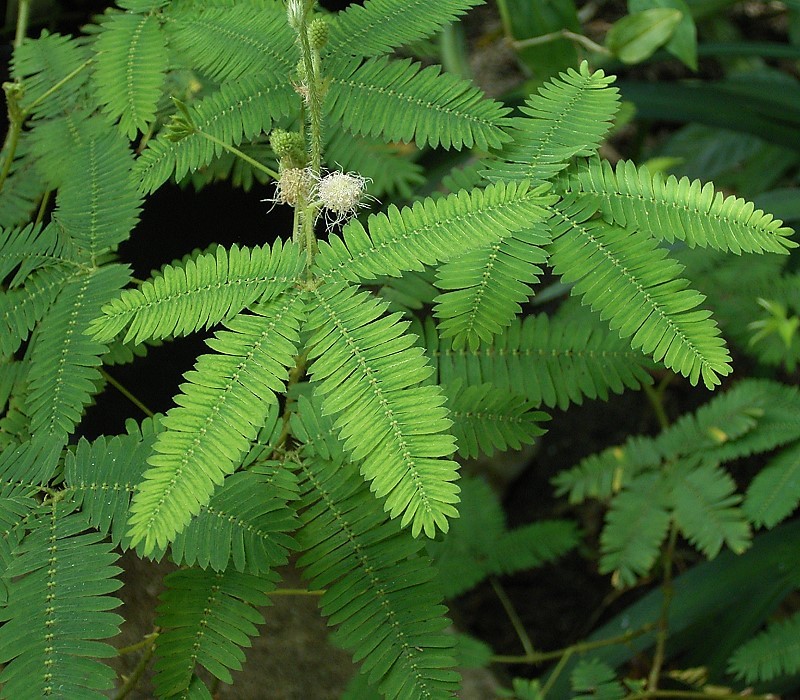 Figure 2.The leaves of this sensitive plant (Mimosa pudica) will instantly droop and fold when touched. After a few minutes, the plant returns to normal.

Organisms respond to diverse stimuli. For example, plants can bend toward a source of light, climb on fences and walls, or respond to touch (Figure 2). Even tiny bacteria can move toward or away from chemicals (a process called chemotaxis) or light (phototaxis). Movement toward a stimulus is considered a positive response, while movement away from a stimulus is considered a negative response.

Watch this video to see how plants respond to a stimulus—from opening to light, to wrapping a tendril around a branch, to capturing prey.

Single-celled organisms reproduce by first duplicating their DNA, and then dividing it equally as the cell prepares to divide to form two new cells. Multicellular organisms often produce specialized reproductive germline cells that will form new individuals. When reproduction occurs, genes containing DNA are passed along to an organism’s offspring. These genes ensure that the offspring will belong to the same species and will have similar characteristics, such as size and shape.

Figure 3. Although no two look alike, these puppies have inherited genes from both parents and share many of the same characteristics.

Organisms grow and develop following specific instructions coded for by their genes. These genes provide instructions that will direct cellular growth and development, ensuring that a species’ young (Figure 3) will grow up to exhibit many of the same characteristics as its parents.

Even the smallest organisms are complex and require multiple regulatory mechanisms to coordinate internal functions, respond to stimuli, and cope with environmental stresses. Two examples of internal functions regulated in an organism are nutrient transport and blood flow. Organs (groups of tissues working together) perform specific functions, such as carrying oxygen throughout the body, removing wastes, delivering nutrients to every cell, and cooling the body.

Figure 4. Polar bears (Ursus maritimus) and other mammals living in ice-covered regions maintain their body temperature by generating heat and reducing heat loss through thick fur and a dense layer of fat under their skin.

In order to function properly, cells need to have appropriate conditions such as proper temperature, pH, and appropriate concentration of diverse chemicals. These conditions may, however, change from one moment to the next. Organisms are able to maintain internal conditions within a narrow range almost constantly, despite environmental changes, through homeostasis (literally, “steady state”)—the ability of an organism to maintain constant internal conditions. For example, an organism needs to regulate body temperature through a process known as thermoregulation. Organisms that live in cold climates, such as the polar bear (Figure 4), have body structures that help them withstand low temperatures and conserve body heat. Structures that aid in this type of insulation include fur, feathers, blubber, and fat. In hot climates, organisms have methods (such as perspiration in humans or panting in dogs) that help them to shed excess body heat.

Figure 5. The California condor (Gymnogyps californianus) uses chemical energy derived from food to power flight. California condors are an endangered species; this bird has a wing tag that helps biologists identify the individual.

Living things are highly organized and structured, following a hierarchy that can be examined on a scale from small to large. The atom is the smallest and most fundamental unit of matter. It consists of a nucleus surrounded by electrons. Two or more atoms are joined together by one or more chemical bonds to form molecule. Many molecules that are biologically important are macromolecules, large molecules that are typically formed by polymerization (a polymer is a large molecule that is made by combining smaller units called monomers, which are simpler than macromolecules). An example of a macromolecule is deoxyribonucleic acid (DNA) (Figure 6), which contains the instructions for the structure and functioning of all living organisms.

Figure 6. All molecules, including this DNA molecule, are composed of atoms. (credit: “brian0918″/Wikimedia Commons)

Some cells contain aggregates of macromolecules surrounded by membranes; these are called organelles. Organelles are small structures that exist within cells. Examples of organelles include mitochondria and chloroplasts, which carry out indispensable functions: mitochondria produce energy to power the cell, while chloroplasts enable green plants to utilize the energy in sunlight to make sugars. All living things are made of cells; the cell itself is the smallest fundamental unit of structure and function in living organisms. (This requirement is why viruses are not considered living: they are not made of cells. To make new viruses, they have to invade and hijack the reproductive mechanism of a living cell; only then can they obtain the materials they need to reproduce.) Some organisms consist of a single cell and others are multicellular. Cells are classified as prokaryotic or eukaryotic. Prokaryotes are single-celled or colonial organisms that do not have membrane-bound nuclei or organelles; in contrast, the cells of eukaryotes do have membrane-bound organelles and a membrane-bound nucleus.

In most multicellular organisms, cells combine to make tissues, which are groups of similar cells carrying out similar or related functions. Organs are collections of tissues grouped together performing a common function. Organs are present not only in animals but also in plants. An organ system is a higher level of organization that consists of functionally related organs. Mammals have many organ systems. For instance, the circulatory system transports blood through the body and to and from the lungs; it includes organs such as the heart and blood vessels. Organisms are individual living entities. For example, each tree in a forest is an organism. Single-celled prokaryotes and single-celled eukaryotes are also considered organisms and are typically referred to as microorganisms.

All the individuals of a species living within a specific area are collectively called a population. For example, a forest may include many pine trees. All of these pine trees represent the population of pine trees in this forest. Different populations may live in the same specific area. For example, the forest with the pine trees includes populations of flowering plants and also insects and microbial populations. A community is the sum of populations inhabiting a particular area. For instance, all of the trees, flowers, insects, and other populations in a forest form the forest’s community. The forest itself is an ecosystem. An ecosystem consists of all the living things in a particular area together with the abiotic, non-living parts of that environment such as nitrogen in the soil or rain water. At the highest level of organization (Figure 7), the biosphere is the collection of all ecosystems, and it represents the zones of life on earth. It includes land, water, and even the atmosphere to a certain extent.

From a single organelle to the entire biosphere, living organisms are parts of a highly structured hierarchy.

Show Answer
Statement b is false: populations exist within communities.