What you’ll learn to do: Understand chromosome structure and organization in eukaryotic cells

When a cell divides in two, one of its main jobs is to make sure that each of the two new cells gets a full, perfect copy of genetic material. Mistakes during copying, or unequal division of the genetic material between cells, can lead to cells that are unhealthy or nonfunctional (and even to diseases such as cancer). But what exactly is this genetic material, and how does it behave over the course of a cell division?

DNA (deoxyribonucleic acid) is the genetic material of living organisms. In humans, DNA is found in almost all the cells of the body and provides the instructions they need to grow, function, and respond to their environment. When a cell of the body divides, it will pass on a copy of its DNA to each of its daughter cells. DNA is also passed on at the at the level of organisms, with the DNA in sperm and egg cells combining to form a new organism that has genetic material from both its parents. Physically speaking, DNA is a long string of paired chemical units (nucleotides) that come in four different types, and it carries information organized into units called genes. Genes typically provide instructions for making proteins, which give cells and organisms their functional characteristics.

In eukaryotes such as plants and animals, the great majority of DNA is found in the nucleus and is called nuclear DNA.  In bacteria and other prokaryotes, most of the DNA is found in a central region of the cell called the nucleoid, which functions similarly to a nucleus but is not surrounded by a membrane.

A cell’s set of DNA is called its genome. Since all of the cells in an organism (with a few exceptions) contain the same DNA, you can also say that an organism has its own genome, and since the members of a species typically have similar genomes, you can also describe the genome of a species. In general, when people refer to the human genome, or any other eukaryotic genome, they mean the set of DNA found in the nucleus (that is, the nuclear genome).

Each species has its own characteristic number of chromosomes. Humans, for instance, have 46 chromosomes in a typical body cell, while dogs have 78. Like many species of animals and plants, humans are diploid (2n), meaning that most of their chromosomes come in matched sets known as homologous pairs. Thus, the 46 chromosomes of a human cell are organized into 23 pairs, and the two members of each pair are said to be homologues of one another (with the slight exception of the X and Y chromosomes; see below). 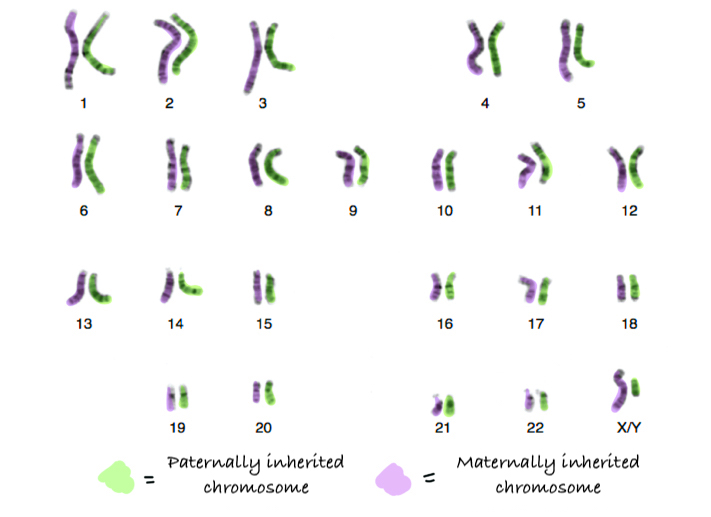 Figure 2. Image modified from “Karyotype,” by the National Institutes of Health (public domain).

The two chromosomes in a homologous pair are generally very similar to one another. They’re the same size and shape, and have the same pattern of light and dark bands, as you can see in the human karyotype (image of the chromosomes) shown above. Bands appear when the chromosomes are stained with a dye, and the dark bands mark more compacted DNA (usually, with fewer genes), while the light bands mark less compacted DNA (usually, with more genes). Most importantly, the two homologues in a pair carry the same type of genetic information. For instance, there is a gene found near the bottom of chromosome 15 that affects eye color[1]. A person might have the blue version, or allele, of this gene on one homologue, but the brown version on the other. Both homologues have the same type of gene in the same place, but they can (and often do!) have different versions of genes.

The continuity of life from one cell to another has its foundation in the reproduction of cells by way of the cell cycle. The cell cycle is an orderly sequence of events that describes the stages of a cell’s life from the division of a single parent cell to the production of two new daughter cells. The mechanisms involved in the cell cycle are highly regulated. Part of that regulation involves the physical shape and structure that the DNA has during different phases of the cell cycle.

In the first level of compaction, short stretches of the DNA double helix wrap around a core of eight histone proteins at regular intervals along the entire length of the chromosome (Figure 3). The DNA-histone complex is called chromatin. The beadlike, histone DNA complex is called a nucleosome, and DNA connecting the nucleosomes is called linker DNA. A DNA molecule in this form is about seven times shorter than the double helix without the histones, and the beads are about 10 nm in diameter, in contrast with the 2-nm diameter of a DNA double helix. The next level of compaction occurs as the nucleosomes and the linker DNA between them are coiled into a 30-nm chromatin fiber. This coiling further shortens the chromosome so that it is now about 50 times shorter than the extended form. In the third level of packing, a variety of fibrous proteins is used to pack the chromatin. These fibrous proteins also ensure that each chromosome in a non-dividing cell occupies a particular area of the nucleus that does not overlap with that of any other chromosome. 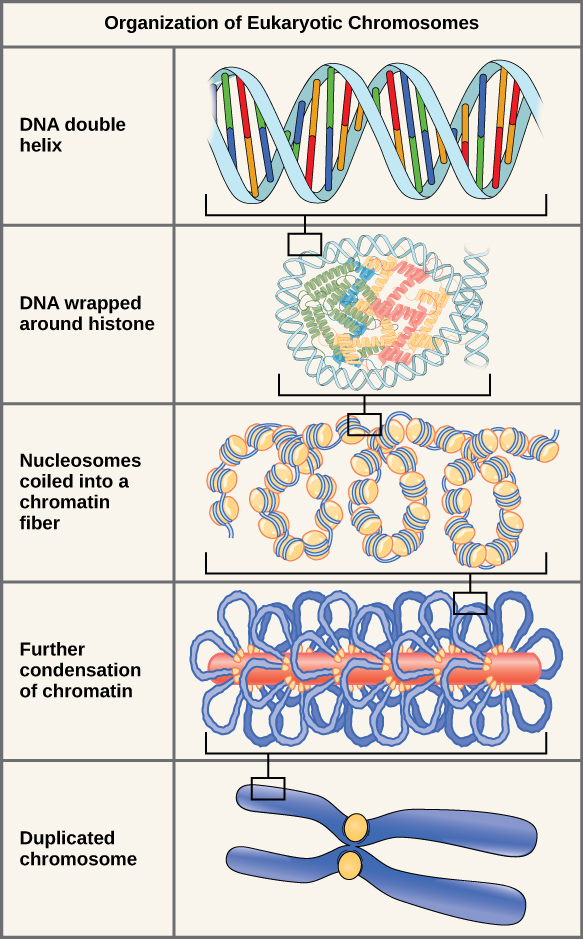 Figure 3. Double-stranded DNA wraps around histone proteins to form nucleosomes that have the appearance of “beads on a string.” The nucleosomes are coiled into a 30-nm chromatin fiber. When a cell undergoes mitosis, the chromosomes condense even further.

DNA in eukaryotes is highly structured and organized in all stages of an organisms life. Diploid organisms contain a pair of each chromosome; humans have 23 pairs for a total number of 46 chromosomes. Pairs of chromosomes, also known as homologous chromosomes, contain the same genes though there may be differences between the version of gene on each member of the pair. DNA is normally tightly packed into the nucleus of a eukaryotic cell, through protein-DNA complexes that form the characteristic condensed ‘chromosome’ shape. DNA compacts even further in preparation for cell division.