Risks and Benefits of Genomic Science

What you’ll learn to do: Discuss the risks and benefits involved in applications of genetic and genomic science

Scientific developments can be used in a lot of different ways that impact our lives. Genetics and genomics both play roles in health and disease.

Genetics helps individuals and families learn about how conditions such as sickle cell anemia and cystic fibrosis are inherited in families, what screening and testing options are available, and, for some genetic conditions, what treatments are available.

Genomics is helping researchers discover why some people get sick from certain infections, environmental factors, and behaviors, while others do not. For example, there are some people who exercise their whole lives, eat a healthy diet, have regular medical checkups, and die of a heart attack at age 40. There are also people who smoke, never exercise, eat unhealthy foods and live to be 100. Genomics may hold the key to understanding these differences.

DNA as a Forensic Tool

Information and clues obtained from DNA samples found at crime scenes have been used as evidence in court cases, and genetic markers have been used in forensic analysis. Genomic analysis has also become useful in this field. In 2001, the first use of genomics in forensics was published. It was a collaborative attempt between academic research institutions and the FBI to solve the mysterious cases of anthrax communicated via the US Postal Service. Using microbial genomics, researchers determined that a specific strain of anthrax was used in all the mailings.

DNA fingerprinting (also called DNA profiling, DNA testing, or DNA typing) is a forensic technique used to identify individuals by characteristics of their DNA. A DNA profile is a small set of DNA variations that is very likely to be different in all unrelated individuals, thereby being as unique to individuals as are fingerprints (hence the name for the technique).

Although 99.9% of human DNA sequences are the same in every person, enough of the DNA is different that it is possible to distinguish one individual from another, unless they are monozygotic (“identical”) twins. DNA fingerprinting uses repetitive sequences that are highly variable, called variable number tandem repeats (VNTRs). Modern law enforcement in particular uses short tandem repeats (STRs). STR loci are very similar between closely related individuals, but are so variable that unrelated individuals are extremely unlikely to have the same STRs. The combination of STRs used by law enforcement enable identification though because even closely related individuals will not share all the same STR loci.

The modern process of DNA fingerprinting was developed in 1984 by Sir Alec Jeffreys, while he was working in the Department of Genetics at the University of Leicester. DNA fingerprinting can be used to identify a person or to place a person at a crime scene and to help clarify paternity. DNA fingerprinting has also been widely used in the study of animal and floral populations and has revolutionized the fields of zoology, botany, and agriculture. 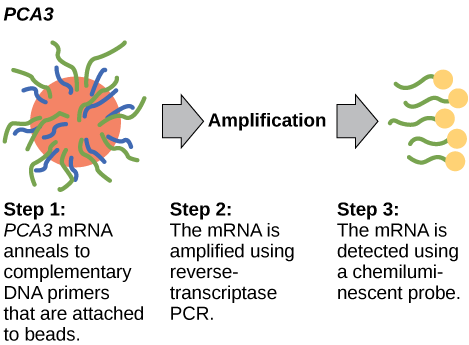 Genomics can reduce the trials and failures involved in scientific research to a certain extent, which could improve the quality and quantity of crop yields in agriculture. Linking traits to genes or gene signatures helps to improve crop breeding to generate hybrids with the most desirable qualities. Scientists use genomic data to identify desirable traits, and then transfer those traits to a different organism. Scientists are discovering how genomics can improve the quality and quantity of agricultural production. For example, scientists could use desirable traits to create a useful product or enhance an existing product, such as making a drought-sensitive crop more tolerant of the dry season.

Watch Borut Bohanec, the Chair of the Department of Agronomy at the University of Ljubljana (in Slovenia), as he discusses the fears and potential benefits surrounding GMOs.