What you’ll learn to do: Understand the basic steps in gene regulation in prokaryotic cells

The DNA of prokaryotes is organized into a circular chromosome supercoiled in the nucleoid region of the cell cytoplasm. Proteins that are needed for a specific function are encoded together in blocks called operons. For example, all of the genes needed to use lactose as an energy source are coded next to each other in the lactose (or lac) operon.

Understand the basic steps in gene regulation in prokaryotic cells

In bacteria and archaea, structural proteins with related functions—such as the genes that encode the enzymes that catalyze the many steps in a single biochemical pathway—are usually encoded together within the genome in a block called an operon and are transcribed together under the control of a single promoter. This forms a polycistronic transcript (Figure 1). The promoter then has simultaneous control over the regulation of the transcription of these structural genes because they will either all be needed at the same time, or none will be needed.

Figure 1. In prokaryotes, structural genes of related function are often organized together on the genome and transcribed together under the control of a single promoter. The operon’s regulatory region includes both the promoter and the operator. If a repressor binds to the operator, then the structural genes will not be transcribed. Alternatively, activators may bind to the regulatory region, enhancing transcription.

French scientists François Jacob (1920–2013) and Jacques Monod at the Pasteur Institute were the first to show the organization of bacterial genes into operons, through their studies on the lac operon of E. coli. They found that in E. coli, all of the structural genes that encode enzymes needed to use lactose as an energy source lie next to each other in the lactose (or lac) operon under the control of a single promoter, the lac promoter. For this work, they won the Nobel Prize in Physiology or Medicine in 1965. 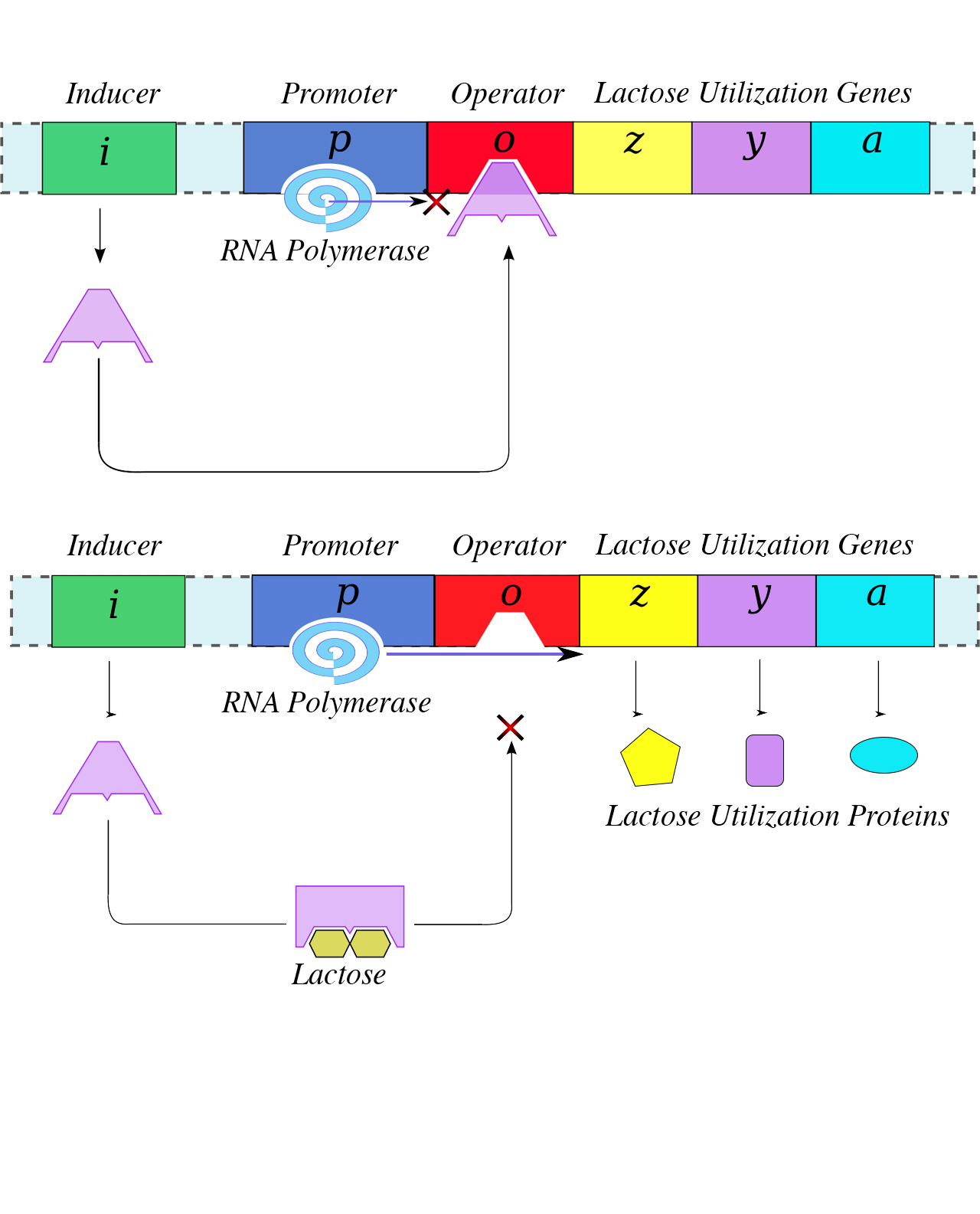 Other genes in prokaryotic cells are needed all the time. These gene products will be constitutively expressed, or turned on continually. Most consitutively expressed genes are “housekeeping” genes responsible for overall maintenance of a cell.

What are the parts in the DNA sequence of an operon?

Show Answer
An operon is composed of a promoter, an operator, and the structural genes. They must occur in that order.

What types of regulatory molecules are there?

Show Answer
There are three types of regulatory molecules: repressors, activators, and inducers.