What you’ll learn to do: explain barriers to effective communication

Barriers to communication are things that get in the way of a message being received. They could be physical, such as loud music playing, or emotional, such as when a person is too angry or fearful to listen to what another individual is saying. Culture, language, and social status can also represent barriers to effective communication. Managers need to be aware of barriers and how to overcome them to improve the communication process.

“I already talked to him about the schedule. Wasn’t he listening?” How often have you said words like these (or heard them said about a coworker)? Every time we talk or listen, there are things that get in the way of clear communication—things that interfere with the receiver getting the message from the sender. This interference is referred to as “noise,” and there are various types of noise that can cause a message to be misinterpreted. 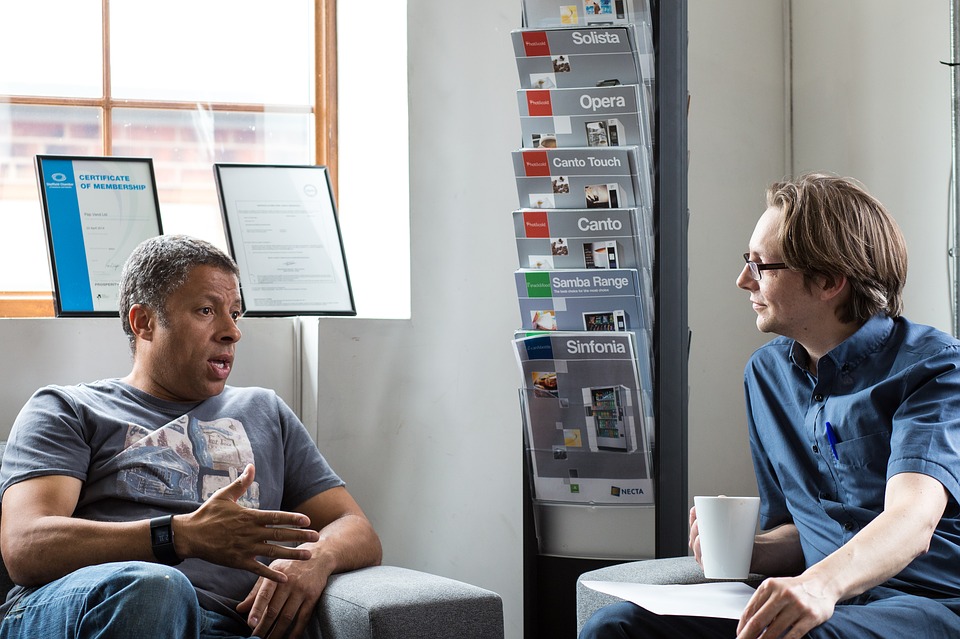 Even though the setting is informal, can you identify some signs that indicate that good communication is taking place? Check your ideas with the author’s list at the end of this section.

Common sources of noise are explained in this section. How many of these examples can you remember affecting your conversations with friends, classmates, or coworkers?

Sometimes “noise” is just exactly that—loud or distracting sounds that make it impossible to hear or concentrate. Or the general level of background noise can be so intense that it is hard to focus for long on one particular voice. A room may be so hot or so cold that people can’t get comfortable and cannot pay attention. Outside activities may be a distraction to those with a view out windows. Finally, it may be lunchtime or too close to quitting time to keep people focused. Fortunately, with some awareness and advance planning, physical barriers to effective communication are some of the easiest to overcome.

Personal and particular experiences color how people view the world and how they communicate. A message sender sees the world through one set of filters (experiences and values) and the receiver sees it through a different set of filters. Each message has to pass, therefore, through at least two sets of filters. The more similar people are in lifestyle, experience, culture, and language, the more similar their mental filters are likely to be and the less distortion should occur. This is why people who come from very different social and economic situations than their audience must work extra hard to say exactly what they mean to avoid confusion. Also, the fewer people involved in the transmission of a message, the greater the chance that it will be received as the sender intended. In business, however, messages may be summarized by a manager and relayed through an administrative assistant who has clarified or edited the message. Messages exposed to many filters should be repeated in various ways to make sure they were understood as the sender intended.

Selective perception is the tendency to either “under notice” or “over focus on” stimuli that cause emotional discomfort or contradict prior beliefs. For instance, some people live purposefully healthy lifestyles by frequently exercising and eating only nutritious food but still smoke cigarettes. Psychologists believe that they are selectively ignoring the evidence that smoking is dangerous to their health. They have chosen to disregard the information that would make them feel guilty or fearful about this habit. This is called perceptual defense. Selective perception can also be vigilant, meaning people are extra sensitive to things that are significant to them. If a manager doesn’t like a particular employee, for example, she may be super critical of that person’s behavior and notice every time he is a minute late to a meeting. On the other hand, a favorite employee coming late to work one morning might elicit concern that she had car trouble. Selective perception introduces bias into the communication process.

We have all been in situations when we felt that too much information was coming at us. When this happens, we feel overwhelmed and fear that we will not be able to retain any information at all. Sometimes it is not just the quantity of communication but the level that causes overload. If the message contains information that is new to the receiver, including processes or concepts that are not familiar, then the chances of overload increase greatly. The sender should break up the message into more palatable or digestible bits and reduce the amount of information that has to be absorbed at any one time. One technique is to make a high-level announcement and then follow it up later with more details. The sender has the primary responsibility to check that the receiver has understood the message. This means that a manager may have to adjust a message to reflect the various experiences of the employees. A new employee may need repeated explanations before beginning an operation, whereas an experienced employee may start rolling his eyes at the same old instructions.

Semantics is the study of the meaning of words and phrases. You might hear one person say to another “Let’s not argue semantics,” meaning he doesn’t want to get caught up in trivial and unimportant details or playing with words. But semantics is extremely important in effective communication. There are some semantic rules in English that may trip up non-native English speakers, such as the concept of subject-verb agreement and gender pronouns. These can cause confusion, as seen in the following examples:

When your audience involves people whose native language is not English or individuals of different educational backgrounds, messages need to be direct and clearly stated to help ensure they are understood.

Confusion can also arise from the use of language by people from different educational levels, culture, and dialect. For instance, the terms lift and braces denote two entirely different meanings in the United States and in England. A Londoner might reasonably ask her partner if he was planning on wearing braces with his pants.

Some words have a connotation for one group of people that is not shared by another. “That’s sick!” could be a compliment or an insult, depending upon the listener. (You probably already know that slang does not belong in written business communications.) Fortunately for all of us, paying attention to the context of the message often reduces confusion. The meaning of homophones (buy, by, bye; meet, meat, mete; pair, pare, pear) and homographs (read, read; lead, lead) are often easily understood by their context or pronunciation.

Almost the first thing parents learns is never to try to have a rational discussion with a screaming toddler or an angry teenager. If they wait until the young person is more receptive to what they have to say, the odds of a successful conversation improve dramatically. Adults also experience emotional disconnects that affect the chance of successful communication. For example, when a person is feeling stressed or anxious, an expressed concern is more likely to be interpreted as criticism. Constructive criticism made while an employee is emotionally fragile may be perceived as a personal attack. If possible, it is better to postpone a communication if there is a strong likelihood that the intended receiver will misinterpret it because of his emotional state. 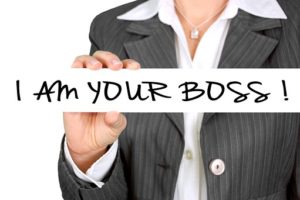 There are better ways to communicate your credibility than reminding everyone of your position.

Source credibility describes the sender’s positive characteristics that affect the receiver’s acceptance of a message. A manager’s source credibility is based on experience, knowledge, and interpersonal skills. Managers who deal openly and candidly with employees will find it easier to solicit the kind of feedback that tells them whether their message has been understood.

Message Sent—But Was It Received?

After delivering a message, how does the sender know if the receiver got the message that was intended? Is it the job of the sender or receiver to make sure that the communication has been understood? The answer is that both ends of the communication chain have some responsibility to verify what was both said and heard. In the workplace, however, the manager has the primary responsibility because a main part of her role is to gather and disperse information so organizational goals can be achieved. Managers need to have strategic conversations by asking questions and collecting feedback. One technique to gather feedback is active listening.

Active listening is a communication technique that has been around for many years and that has been used successfully in all types of endeavor—not just business. Parenting classes, marital relationships, public schools, counseling, and tutoring are just some of the areas where active listening is a valued skill. As the name implies, the focus of active listening as a tool for improving communication is on listening rather than talking. (Think here of the expression “You have two ears and one mouth for a reason.”) It is a process where the listener sets aside his own thoughts to concentrate more clearly what the speaker is actually saying instead of what the listener thinks the speaker is saying.

It takes practice to master the basic techniques of active listening, and you will probably feel awkward applying the technique in the beginning. But because the point is to increase effectiveness by decreasing the possibility of misunderstandings, it is worth a little discomfort. The basic method is briefly summarized in these steps:

The other major advantage of active listening (besides preventing misunderstandings) is that you convey to the speakers that you care about them and their opinions. They become empowered to be more proactive because they believe they will get an unbiased hearing. For busy managers, actively listening can be time-consuming and require emotional investment. You really have to interrupt your work to stop and listen. The speaker may become emotional during the attempt to clarify the communication, especially while you are learning the approach. But in the end, you will have earned the trust and respect of an employee, and that is a worthwhile goal.

The answer to what signs in the photo above indicate good communication are as follows:

Did you find others?