Why It Matters: Leadership

Why does a manager need to understand leadership, leadership theories, and the difference between effective and poor leadership? 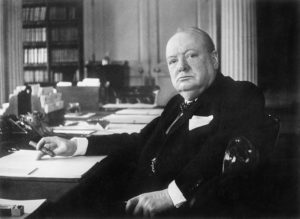 What makes someone such as Winston Churchill, England’s prime minister during World War II, a great leader?

What’s the difference between being a manager and a leader? Why does it matter? When we look at examples from the past, why do we lift up Winston Churchill, Indira Gandhi, Martin Luther King Jr., and others as great leaders—not simply as great managers?

Let’s consider a more recent example. Jeff Bezos is the founder and CEO of Amazon.com. Although it’s absolutely clear that Amazon is changing the face of business and redefining the way many of us shop, what is it about the man, Bezos, that moves the company ever-forward? Many start-ups have attempted to redefine e-commerce, but none have had the disruptive force of Amazon. Why has Bezos succeeded where so many others have failed? What can we learn from his example? We will consider such questions in more detail at the end of this module.

In this module, you are going to learn about leadership. You’ll recognize the differences between management and leadership, and you’ll discover some common traits that leaders share. You’ll study several of the major theories of leadership and how to analyze leadership skill in others. Ultimately, you’ll want to study these lessons with a thought toward your own leadership development and how you might apply these lessons in both your career and personal life.