What you’ll learn to do: describe the value of psychology and possible careers paths for those who study psychology 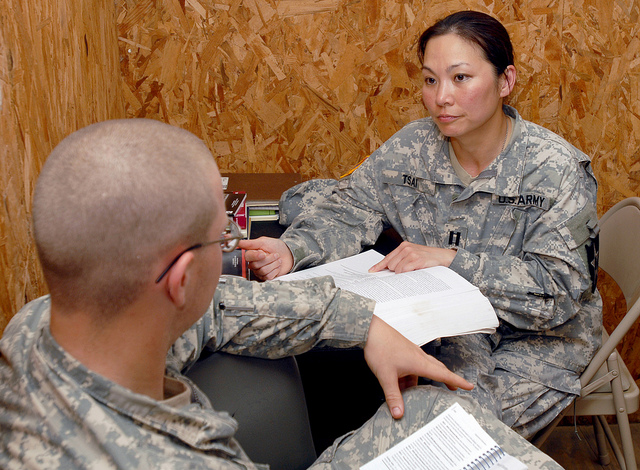 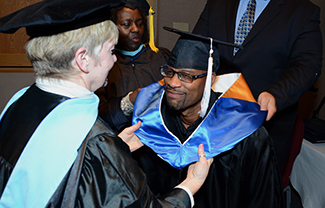 Merits of an Education in Psychology

Often, students take their first psychology course because they are interested in helping others and want to learn more about themselves and why they act the way they do. Sometimes, students take a psychology course because it either satisfies a general education requirement or is required for a program of study such as nursing or pre-med. Many of these students develop such an interest in the area that they go on to declare psychology as their major. As a result, psychology is one of the most popular majors on college campuses across the United States (Johnson & Lubin, 2011). A number of well-known individuals were psychology majors. Just a few famous names on this list are Facebook’s creator Mark Zuckerberg, television personality and political satirist Jon Stewart, actress Natalie Portman, and filmmaker Wes Craven (Halonen, 2011). About 6 percent of all bachelor degrees granted in the United States are in the discipline of psychology (U.S. Department of Education, 2013).

An education in psychology is valuable for a number of reasons. Psychology students hone critical thinking skills and are trained in the use of the scientific method. Critical thinking is the active application of a set of skills to information for the understanding and evaluation of that information. The evaluation of information—assessing its reliability and usefulness— is an important skill in a world full of competing “facts,” many of which are designed to be misleading. For example, critical thinking involves maintaining an attitude of skepticism, recognizing internal biases, making use of logical thinking, asking appropriate questions, and making observations. Psychology students also can develop better communication skills during the course of their undergraduate coursework (American Psychological Association, 2011). Together, these factors increase students’ scientific literacy and prepare students to critically evaluate the various sources of information they encounter.

In addition to these broad-based skills, psychology students come to understand the complex factors that shape one’s behavior. They appreciate the interaction of our biology, our environment, and our experiences in determining who we are and how we will behave. They learn about basic principles that guide how we think and behave, and they come to recognize the tremendous diversity that exists across individuals and across cultural boundaries (American Psychological Association, 2011).

Watch this brief video that describes some of the questions a student should consider before deciding to major in psychology.

Psychologists can work in many different places doing many different things. In general, anyone wishing to continue a career in psychology at a 4-year institution of higher education will have to earn a doctoral degree in psychology for some specialties and at least a master’s degree for others. In most areas of psychology, this means earning a PhD in a relevant area of psychology. Literally, PhD refers to a doctor of philosophy degree, but here, philosophy does not refer to the field of philosophy per se. Rather, philosophy in this context refers to many different disciplinary perspectives that would be housed in a traditional college of liberal arts and sciences.

The requirements to earn a PhD vary from country to country and even from school to school, but usually, individuals earning this degree must complete a dissertation. A dissertation is essentially a long research paper or bundled published articles describing research that was conducted as a part of the candidate’s doctoral training. In the United States, a dissertation generally has to be defended before a committee of expert reviewers before the degree is conferred. Once someone earns her PhD, she may seek a faculty appointment at a college or university. Being on the faculty of a college or university often involves dividing time between teaching, research, and service to the institution and profession. The amount of time spent on each of these primary responsibilities varies dramatically from school to school, and it is not uncommon for faculty to move from place to place in search of the best personal fit among various academic environments. The previous section detailed some of the major areas that are commonly represented in psychology departments around the country; thus, depending on the training received, an individual could be anything from a biological psychologist to a clinical psychologist in an academic setting. 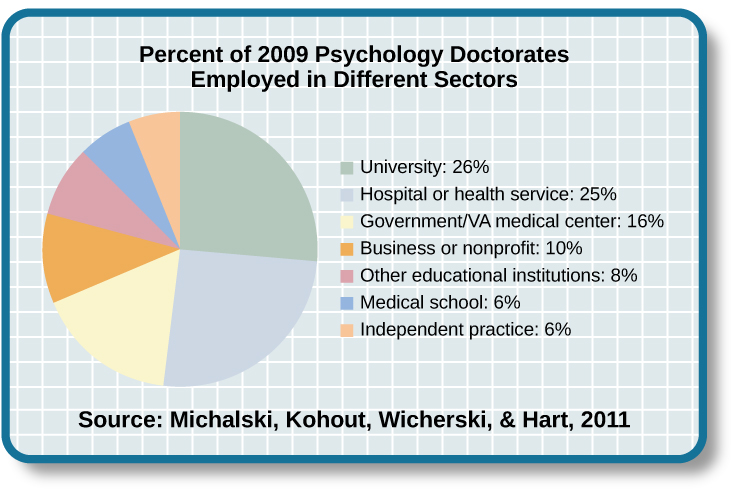 Figure 3. Individuals earning a PhD in psychology have a range of employment options.

Other Careers in Academic Settings

Often times, schools offer more courses in psychology than their full-time faculty can teach. In these cases, it is not uncommon to bring in an adjunct faculty member or instructor. Adjunct faculty members and instructors usually have an advanced degree in psychology, but they often have primary careers outside of academia and serve in this role as a secondary job. Alternatively, they may not hold the doctoral degree required by most 4-year institutions and use these opportunities to gain experience in teaching. Furthermore, many 2-year colleges and schools need faculty to teach their courses in psychology. In general, many of the people who pursue careers at these institutions have master’s degrees in psychology, although some PhDs make careers at these institutions as well.

Some people earning PhDs may enjoy research in an academic setting. However, they may not be interested in teaching. These individuals might take on faculty positions that are exclusively devoted to conducting research. This type of position would be more likely an option at large, research-focused universities.

In some areas in psychology, it is common for individuals who have recently earned their PhD to seek out positions in postdoctoral training programs that are available before going on to serve as faculty. In most cases, young scientists will complete one or two postdoctoral programs before applying for a full-time faculty position. Postdoctoral training programs allow young scientists to further develop their research programs and broaden their research skills under the supervision of other professionals in the field.

Career Options Outside of Academics

Individuals who wish to become practicing clinical psychologists have another option for earning a doctoral degree, which is known as a PsyD. A PsyD is a doctor of psychology degree that is increasingly popular among individuals interested in pursuing careers in clinical psychology. PsyD programs generally place less emphasis on research-oriented skills and focus more on application of psychological principles in the clinical context (Norcorss & Castle, 2002).

Individuals earning a PhD can work in a variety of settings, depending on their areas of specialization. For example, someone trained as a biopsychologist might work in a pharmaceutical company to help test the efficacy of a new drug. Someone with a clinical background might become a forensic psychologist and work within the legal system to make recommendations during criminal trials and parole hearings, or serve as an expert in a court case.

While earning a doctoral degree in psychology is a lengthy process, usually taking between 5–6 years of graduate study (DeAngelis, 2010), there are a number of careers that can be attained with a master’s degree in psychology. People who wish to provide psychotherapy can become licensed to serve as various types of professional counselors (Hoffman, 2012). Relevant master’s degrees are also sufficient for individuals seeking careers as school psychologists (National Association of School Psychologists, n.d.), in some capacities related to sport psychology (American Psychological Association, 2014), or as consultants in various industrial settings (Landers, 2011, June 14). Undergraduate coursework in psychology may be applicable to other careers such as psychiatric social work or psychiatric nursing, where assessments and therapy may be a part of the job.

As mentioned in the opening section of this chapter, an undergraduate education in psychology is associated with a knowledge base and skill set that many employers find quite attractive. It should come as no surprise, then, that individuals earning bachelor’s degrees in psychology find themselves in a number of different careers, as shown in the table. Examples of a few such careers can involve serving as case managers, working in sales, working in human resource departments, and teaching in high schools. The rapidly growing realm of healthcare professions is another field in which an education in psychology is helpful and sometimes required. For example, the Medical College Admission Test (MCAT) exam that people must take to be admitted to medical school now includes a section on the psychological foundations of behavior.

Visit this career website describing some of the career options available to people earning bachelor’s degrees in psychology.

Which of the career options described in this section is most appealing to you?

dissertation: long research paper about research that was conducted as a part of the candidate’s doctoral training
PhD: (doctor of philosophy) doctoral degree conferred in many disciplinary perspectives housed in a traditional college of liberal arts and sciences
postdoctoral training program: allows young scientists to further develop their research programs and broaden their research skills under the supervision of other professionals in the field
PsyD: (doctor of psychology) doctoral degree that places less emphasis on research-oriented skills and focuses more on application of psychological principles in the clinical context
Licenses and Attributions
CC licensed content, Shared previously