What you’ll learn to do: explain how industrial-organizational psychologists assess leadership and organization 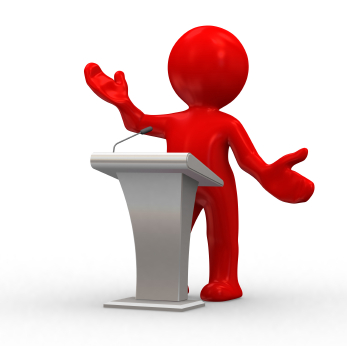 Some people love their jobs, some people tolerate their jobs, and some people cannot stand their jobs. Job satisfaction describes the degree to which individuals enjoy their job. It was described by Edwin Locke (1976) as the state of feeling resulting from appraising one’s job experiences. While job satisfaction results from both how we think about our work (our cognition) and how we feel about our work (our affect) (Saari & Judge, 2004), it is described in terms of affect. Job satisfaction is impacted by the work itself, our personality, and the culture we come from and live in (Saari & Judge, 2004).

Job satisfaction is typically measured after a change in an organization, such as a shift in the management model, to assess how the change affects employees. It may also be routinely measured by an organization to assess one of many factors expected to affect the organization’s performance. In addition, polling companies like Gallup regularly measure job satisfaction on a national scale to gather broad information on the state of the economy and the workforce (Saad, 2012).

Job satisfaction is measured using questionnaires that employees complete. Sometimes a single question might be asked in a very straightforward way to which employees respond using a rating scale, such as a Likert scale, which was discussed in the module on personality. A Likert scale (typically) provides five possible answers to a statement or question that allows respondents to indicate their positive-to-negative strength of agreement or strength of feeling regarding the question or statement. Thus the possible responses to a question such as “How satisfied are you with your job today?” might be “Very satisfied,” “Somewhat satisfied,” “Neither satisfied, nor dissatisfied,” “Somewhat dissatisfied,” and “Very dissatisfied.” More commonly the survey will ask a number of questions about the employee’s satisfaction to determine more precisely why he is satisfied or dissatisfied. Sometimes these surveys are created for specific jobs; at other times, they are designed to apply to any job. Job satisfaction can be measured at a global level, meaning how satisfied in general the employee is with work, or at the level of specific factors intended to measure which aspects of the job lead to satisfaction (Table 1).

Research has suggested that the work-content factor, which includes variety, difficulty level, and role clarity of the job, is the most strongly predictive factor of overall job satisfaction (Saari & Judge, 2004). In contrast, there is only a weak correlation between pay level and job satisfaction (Judge, Piccolo, Podsakoff, Shaw, & Rich, 2010). Judge et al. (2010) suggest that individuals adjust or adapt to higher pay levels: Higher pay no longer provides the satisfaction the individual may have initially felt when her salary increased.

You can explore the Best Places To Work In The Federal Government study at their Web site: www.bestplacestowork.org. The Office of Personnel Management also produces a report based on their survey: www.fedview.opm.gov.

Job stress affects job satisfaction. Job stress, or job strain, is caused by specific stressors in an occupation. Stress can be an ambigious term as it is used in common language. Stress is the perception and response of an individual to events judged as ovewhelming or threatening to the individual’s well-being (Gyllensten & Palmer, 2005). The events themselves are the stressors. Stress is a result of an employee’s perception that the demands placed on them exceed their ability to meet them (Gyllensten & Palmer, 2005), such as having to fill multiple roles in a job or life in general, workplace role ambiguity, lack of career progress, lack of job security, lack of control over work outcomes, isolation, work overload, discrimination, harrassment, and bullying (Colligan & Higgins, 2005). The stressors are different for women than men and these differences are a significant area of research (Gyllensten & Palmer, 2005). Job stress leads to poor employee health, job performance, and family life (Colligan & Higgins, 2005).

Downsizing is an increasingly common response to a business’s pronounced failure to achieve profit goals, and it involves laying off a significant percentage of the company’s employees. Industrial-organizational psychologists may be involved in all aspects of downsizing: how the news is delivered to employees (both those being let go and those staying), how laid-off employees are supported (e.g., separation packages), and how retained employees are supported. The latter is important for the organization because downsizing events affect the retained employee’s intent to quit, organizational commitment, and job insecurity (Ugboro, 2006).

In addition to downsizing as a way of responding to outside strains on a business, corporations often grow larger by combining with other businesses. This can be accomplished through a merger (i.e., the joining of two organizations of equal power and status) or an acquisition (i.e., one organization purchases the other). In an acquisition, the purchasing organization is usually the more powerful or dominant partner. In both cases, there is usually a duplication of services between the two companies, such as two accounting departments and two sales forces. Both departments must be merged, which commonly involves a reduction of staff (Figure 1). This leads to organizational processes and stresses similar to those that occur in downsizing events. Mergers require determining how the organizational culture will change, to which employees also must adjust (van Knippenberg, van Knippenberg, Monden, & de Lima, 2002). There can be additional stress on workers as they lose their connection to the old organization and try to make connections with the new combined group (Amiot, Terry, Jimmieson, & Callan, 2006). Research in this area focuses on understanding employee reactions and making practical recommendations for managing these organizational changes.

Women often have greater responsibility for family demands, including home care, child care, and caring for aging parents, yet men in the United States are increasingly assuming a greater share of domestic responsibilities. However, research has documented that women report greater levels of stress from work–family conflict (Gyllensten & Palmer, 2005).

There are many ways to decrease work–family conflict and improve people’s job satisfaction (Posig & Kickul, 2004). These include support in the home, which can take various forms: emotional (listening), practical (help with chores). Workplace support can include understanding supervisors, flextime, leave with pay, and telecommuting. Flextime usually involves a requirement of core hours spent in the workplace around which the employee may schedule his arrival and departure from work to meet family demands. Telecommuting involves employees working at home and setting their own hours, which allows them to work during different parts of the day, and to spend part of the day with their family. Recall that Yahoo! had a policy of allowing employees to telecommute and then rescinded the policy. There are also organizations that have onsite daycare centers, and some companies even have onsite fitness centers and health clinics. In a study of the effectiveness of different coping methods, Lapierre & Allen (2006) found practical support from home more important than emotional support. They also found that immediate-supervisor support for a worker significantly reduced work–family conflict through such mechanisms as allowing an employee the flexibility needed to fulfill family obligations. In contrast, flextime did not help with coping and telecommuting actually made things worse, perhaps reflecting the fact that being at home intensifies the conflict between work and family because with the employee in the home, the demands of family are more evident.

Posig & Kickul (2004) identify exemplar corporations with policies designed to reduce work–family conflict. Examples include IBM’s policy of three years of job-guaranteed leave after the birth of a child, Lucent Technologies offer of one year’s childbirth leave at half pay, and SC Johnson’s program of concierge services for daytime errands.

Glassdoor is a website that posts job satisfaction reviews for different careers and organizations. Use this site to research possible careers and/or organizations that interest you.

downsizing: process in which an organization tries to achieve greater overall efficiency by reducing the number of employees
job satisfaction: degree of pleasure that employees derive from their job
telecommuting: employees’ ability to set their own hours allowing them to work from home at different parts of the day
work–family balance: occurs when people juggle the demands of work life with the demands of family life
workplace violence: violence or the threat of violence against workers; can occur inside or outside the workplace
work team: group of people within an organization or company given a specific task to achieve together
Licenses and Attributions
CC licensed content, Shared previously