1d. Geographers and Their Space

1d. Geographers and Their Space 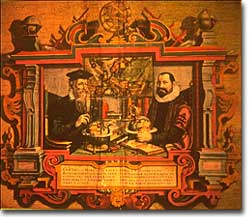 The desire to know how people in distant cultures live is an ancient one. Before photography, the internet, and airline travel, how did people learn about far off lands? During the Renaissance, mapmaking was the answer! An explorer would chart his path, bring home the information and hire a mapmaker to bring his memories to life.

They set out on April 7, 1805, from Fort Mandan, North Dakota, near present-day Bismarck. Two young army captains, 28 year-old Merriweather Lewis and his partner William Clark, rounded up their party and headed west. With them they took a map showing just three points — the Mississippi as far as Mandan, the position of St. Louis and the location of the mouth of the Columbia River in the Pacific Northwest. It was Lewis and Clark’s task to fill in the rest.

“Your observations are to be taken with great pains and accuracy,” President Thomas Jefferson instructed. “In all your intercourse with the natives, treat them in the most friendly and conciliatory manner.” To this end, the expedition’s supplies included 4,600 sewing needles, 144 small scissors, 8 brass kettles, 33 pounds of colored beads, and a quantity of vermilion face paint.

Traveling with Lewis and Clark were 32 men and a young Indian woman named Sacagawea. When the expedition limped into St. Louis on September 23, 1806, it had covered 8,000 miles, bringing back priceless information about the rivers and mountains of the region, the plants and animals and people.

Based on this picture of a woman in a traditional Russian coat, do you think the weather in Russia is more tropical or wintery? Do you think it is that way all the time in Russia? How would you find out?

Humans are curious creatures, always wondering what lies beyond the horizon. Lewis and Clark did not describe themselves as geographers, but they might well have. Geography is the study of the surface of the earth. It is about people and places. It is about the physical character of a country, its climates and landscapes, and its biological environment.

Eratosthenes was the first to use the word “Geographica” as the title of his book in the 3rd century B.C.E. Eratosthenes figured out the size of the earth. His method was rather simple. He knew that on the summer solstice in Aswan, the sun shines directly overhead at noon. In Alexandria, 500 miles to the north, he found it cast a shadow, giving an angle of about 7.2 degrees. Assuming the sun is sufficiently distant that its rays are parallel, he calculated the earth’s circumference by the ratios: 7.2/360 = 500/x. His figure of 25,000 miles was very close to reality.

The geographer’s most important tool is the map. Mapmaking went through a revolution in 15th and 16th centuries when a marvelous age of exploration dawned. Bartolomeu Dias, who discovered the Cape of Good Hope in 1487, was followed by Vasco da Gama, who pioneered the route to India. In 1492, Columbus crossed the Atlantic. And in 1519, Magellan set out on his ambitious voyage to circumnavigate the planet.

Magellan’s venture was not a happy one. Approaching the tip of South America his crew mutinied, terrified by ferocious weather. Magellan executed some, imprisoned others, and marooned the ringleader on a remote shore of South America. Rounding Tierra del Fuego — the southern tip of South America — Magellan headed into the Pacific. He trusted his maps and thought it would take only a few days to cross. But his trip took four months. Drinking water became putrid and turned yellow. The crew almost starved. They were reduced to eating sawdust, leather strips, and rats.

As sailors returned and more information came in, more of the earth needed to be mapped. Cartographers — or mapmakers — faced a fascinating problem. How could the three-dimensional surface of the earth be represented on a two-dimensional page? They learned it could not be done without sacrificing shape, direction, or size. 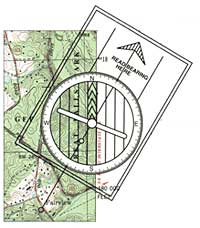 Have you ever been lost? How did you find your way back home? Did you ask someone, consult a map, or wander around until you recognized something?

In 1569, Gerardus Mercator, a Flemish mapmaker, devised a brilliant solution and produced the earth’s most famous map. On a globe, lines of longitude meet at the poles. Mercator opened them up to make them parallel, intersecting at right angles with lines of latitude. In another adjustment, he placed latitude lines farther part as they approached north and south.

The map had certain drawbacks. Regions near the poles suffered gross distortions. Greenland, for example, appeared several times the size of South America. Sailors, for whom the map was prepared, did not much care. What mattered was that the map offered a simple way to plot a course.

In 1585, Mercator began to publish his maps in book form. Engraved on the title page appeared the Greek god, Atlas, carrying the earth upon his back. Ever since, a book of maps has been known as an atlas.

The science of mapmaking has continued. Cartographers followed in Mercator’s footsteps, continually trying to represent the earth on paper. Although few have had the adventurous spirit of Magellan or Lewis and Clark, The work of cartographers has led to improved communications and a broader understanding of the earth’s physical features.