Patronage and the Status of the Artist

How did buying a work of art work before the modern era?

For artists in the period before the modern era (before about 1800 or so), life was really different for artists than it is now.

In the Middle Ages and in the Renaissance works of art were commissioned, that is they were ordered by a patron (the person paying for the work of art), and then made to order. A patron usually entered into a contract with an artist that specified how much he would be paid, what kinds of materials would be used, how long it would take to complete, and what the subject of the work would be.

Not what we would consider artistic freedom, huh? It did have its advantages though. You didn’t paint something and then just hope it would sell, like artists do now!

Patrons often asked to be included in the painting they had commissioned. When they appear in a painting we usually call them donors.

In figure 1, the donor is shown kneeling on the right before the Virgin Mary and the Christ Child. 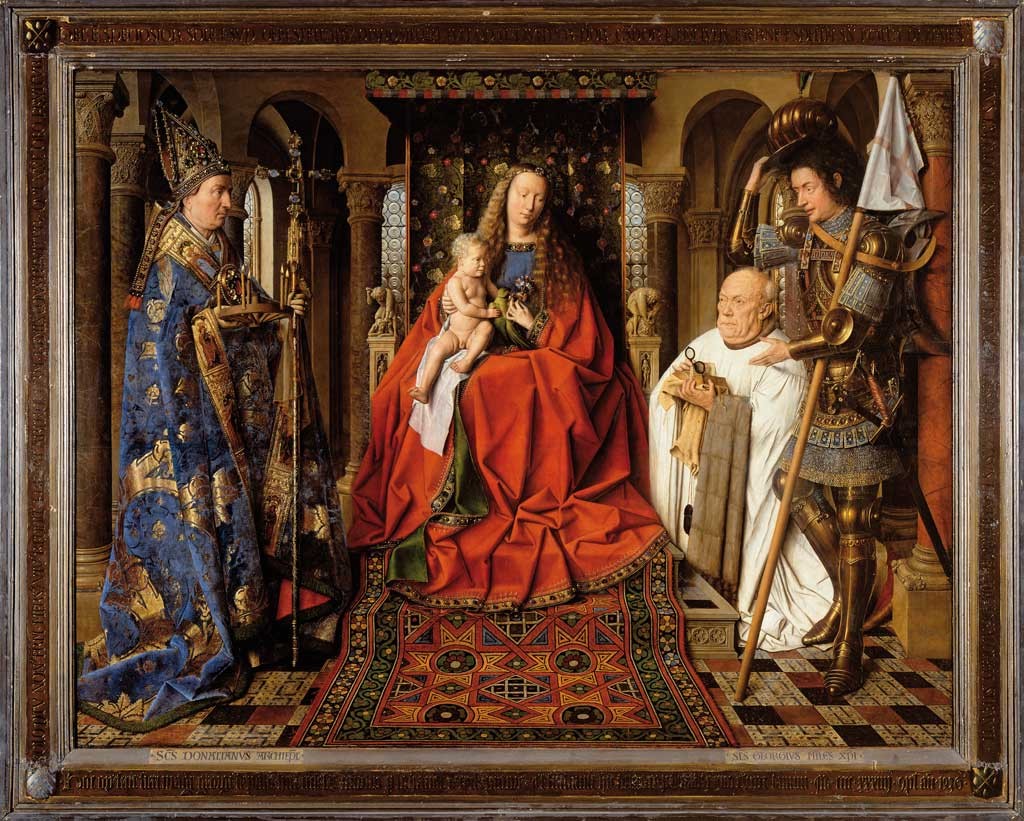 What does this mean about the status of the artist in the pre-modern era? How was he viewed in the society at large?

One way to understand this is to think about what you “order” to have made for you today. A pizza comes to mind—ordered from the cook at the local pizza parlor—”I’ll have a large pie with pepperoni,” or a birthday cake from a baker “I’d like a Chocolate cake with mocha icing and blue letters that say ‘Happy Birthday Jerry.'” Or perhaps you ordered a set of bookshelves from a carpenter, or a wedding dress from a seamstress?

What is the status in our culture of a cook, a baker, a carpenter, or a seamstress?

Do we consider those people to be as high in their status as a lawyer or doctor (remember I’m not asking what we think, but what value our culture generally gives to those professions)? Our culture tends to value people who work with their hands less, and so we have a distinction between “blue collar” work (manual labor) and “white collar” work (brain work). Of course this distinction is false since everyone works with their minds!

In the Middle Ages and for much of the Renaissance, the artist was seen as someone who worked with his hands. They were considered skilled laborers or artisans. This was something that Renaissance artists fought fiercely against. They wanted, understandably, to be considered as thinkers and innovators. And during the Renaissance the status of the artist does change dramatically (a topic we will return to later on!), but it would take a while for artists to become the geniuses we tend to imagine them as today.

What made a painting valuable in the past?

Look at all the gold in the painting in figure 2. Today we might say that a painting is considered valuable because of the artist who created it. 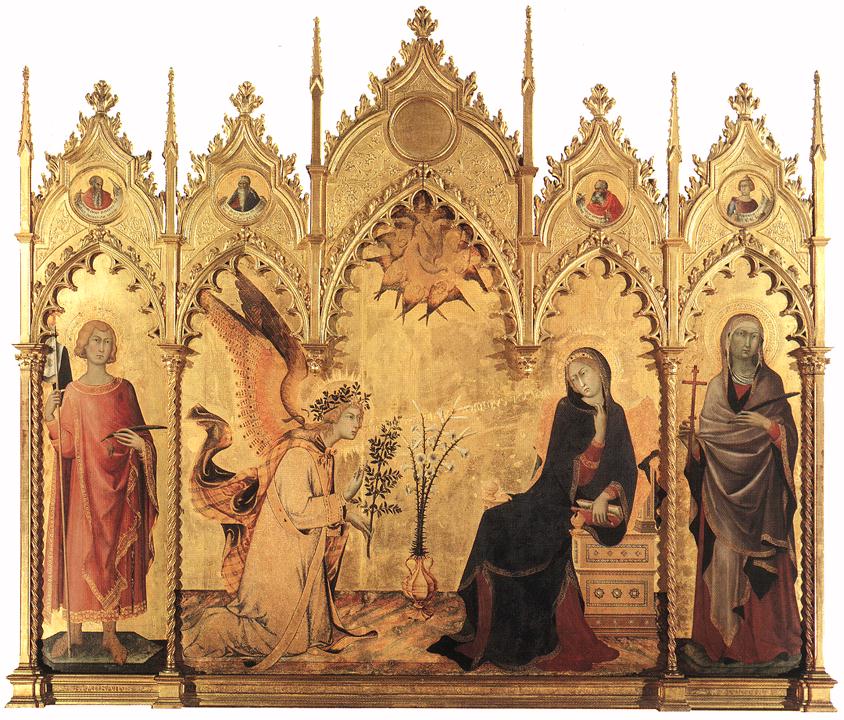 In the Middle Ages, and even for much of the Renaissance, what made a painting valuable was the amount of gold and blue paint in it (blue paint was considered valuable because it was made from a semi-precious stone).

So you could say it used to be (in the middle ages and for much of the Renaissance) that the materials were what made a work of art valuable—and the name of the artist had little or nothing to do with it!  Today it is very different. Picasso could have panted on a napkin and it would have been incredibly valuable just because it was by Picasso—the materials have nothing at all to do with it!