Fauvism developed in France to become the first new artistic style of the twentieth century. In contrast to the dark, vaguely disturbing nature of much fin-de-siècle, or turn-of-the-century, Symbolist art, the Fauves produced bright cheery landscapes and figure paintings, characterized by pure vivid color and bold distinctive brushwork.

One of several Expressionist movements to emerge in the early twentieth century, Fauvism was short lived, and by 1910, artists in the group had diverged toward more individual interests. Nevertheless, Fauvism remains signficant for it demonstrated modern art’s ability to evoke intensely emotional reactions through radical visual form.

The best known Fauve artists include Henri Matisse, André Derain, and Maurice Vlaminck who pioneered its distinctive style. Their early works reveal the influence of Post-Impressionist artists, especially Neo-Impressionists like Paul Signac, whose interest in color’s optical effects had led to a divisionist method of juxtaposing pure hues on canvas. The Fauves, however, lacked such scientific intent. They emphasized the expressive potential of color, employing it arbitrarily, not based on an object’s natural appearance.

In Luxe, calm et volupté (1904), for example, Matisse employed a pointillist style by applying paint in small dabs and dashes. Instead of the subtle blending of complimentary colors typical of Neo-Impressionism Seurat, for example), the combination of firey oranges, yellows, greens and purple is almost overpowering in its vibrant impact. 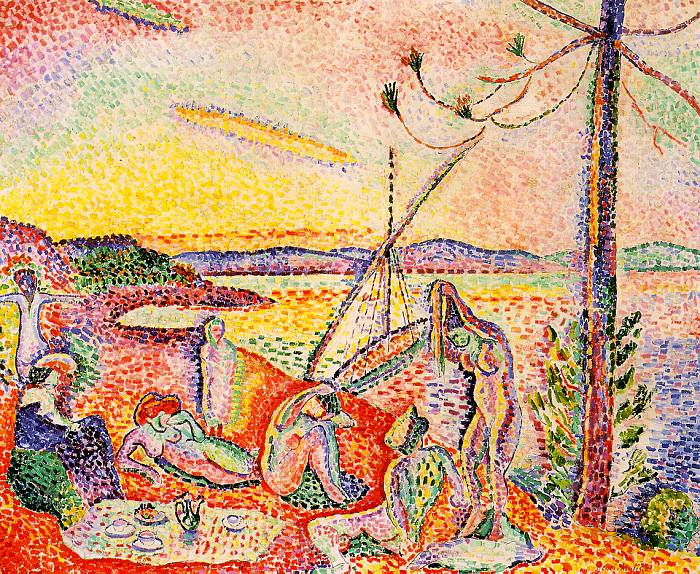 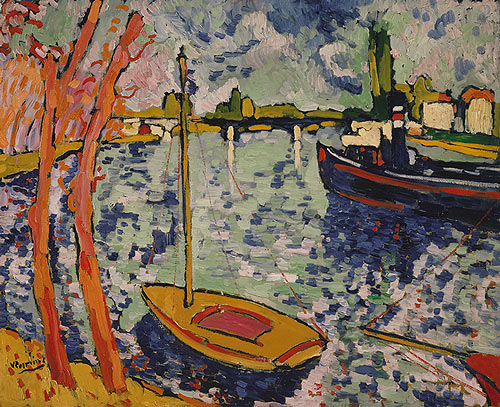 Paintings such as Matisse’s Bonheur de Vivre (1905–06) epitomize this goal. Bright colors and undulating lines pull our eye gently through the ideallic scene, encouraging us to imagine feeling the warmth of the sun, the cool of the grass, the soft touch of a caress, and the passion of a kiss. 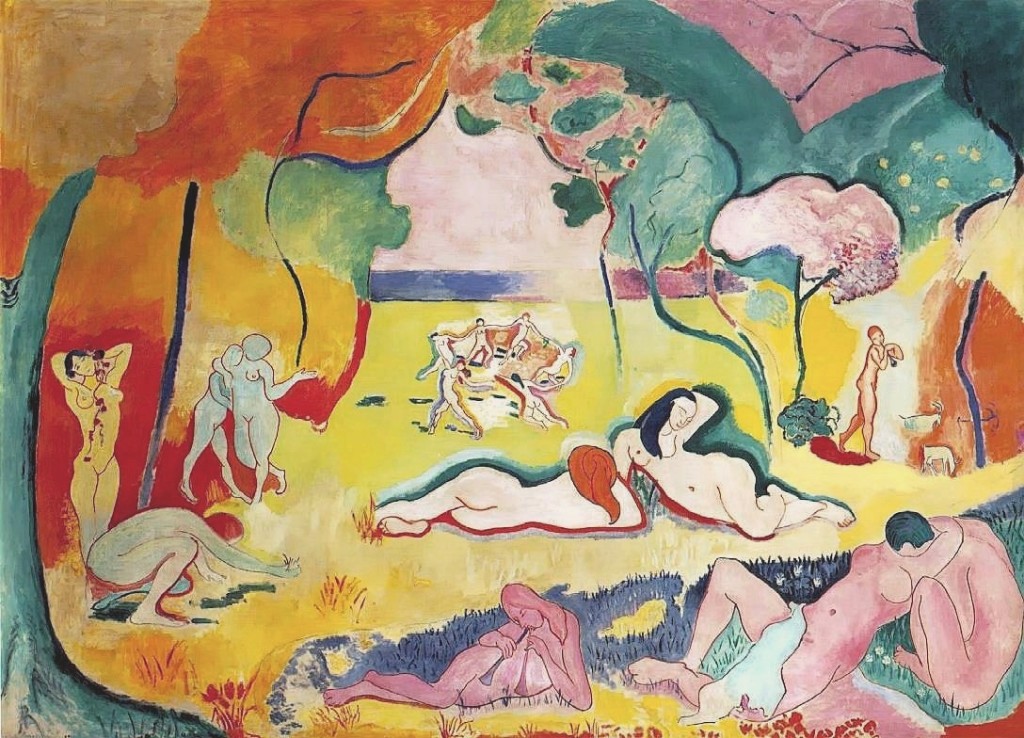 Like many modern artists, the Fauves also found inspiration in objects from Africa and other non-western cultures. Seen through a Colonialist lens, the formal distinctions of African art reflected current notions of Primitivism—the belief that, lacking the corrupting influence of European civilization, non-western peoples were more in tune with the primal elements of nature.

Blue Nude (Souvenir of Biskra) of 1907 shows how Matisse combined his traditional subject of the female nude with the influence of primitive sources. The woman’s face appears mask-like in the use of strong outlines and harsh contrasts of light and dark, and the hard lines of her body recall the angled planar surfaces common to African sculpture. This distorted effect, further heightened by her contorted pose, clearly distinguishes the figure from the idealized odalisques of Ingres and painters of the past. 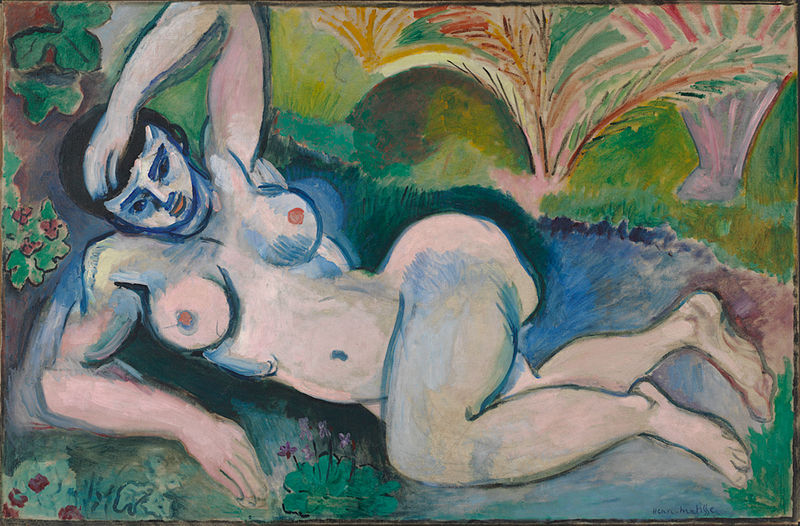 The Fauves interest in Primitivism reinforced their reputation as “wild beasts” who sought new possibilities for art through their exploration of direct expression, impactful visual forms and instinctual appeal.