The function of muscles is movement, but the types of movement elicited differ between skeletal, cardiac, and smooth muscle.

peristalsis: The rhythmic, wave-like contraction of both longitudinal and circular smooth muscle fibers within the digestive tract that forces food through it.

insertion: The distal end of attachment of a muscle to a bone that will be moved by the muscle when it contracts.

origin: The proximal end of attachment of a muscle to a bone that will not be moved by the action of that muscle.

Skeletal muscles are voluntary, striated muscles that allow movement of an organism by the deliberate generation of force . The action a skeletal muscle generates is determined by the origin and insertion locations. The cross-sectional area of a muscle (rather than volume or length) determines the amount of force it can generate by defining the number of sarcomeres which can operate in parallel. The amount of force applied to the external environment is determined by lever mechanics, specifically the ratio of in lever to out lever. For example, moving the insertion point of the biceps more distally on the radius (farther from the joint of rotation) would increase the force generated during flexion (and, as a result, the maximum weight lifted in this movement), but decrease the maximum speed of flexion. Moving the insertion point proximally (closer to the joint of rotation) would result in decreased force but increased velocity. This can be most easily seen by comparing the limb of a mole to a horse: In the former, the insertion point is positioned to maximize force (for digging), while in the latter, the insertion point is positioned to maximize speed (for running). 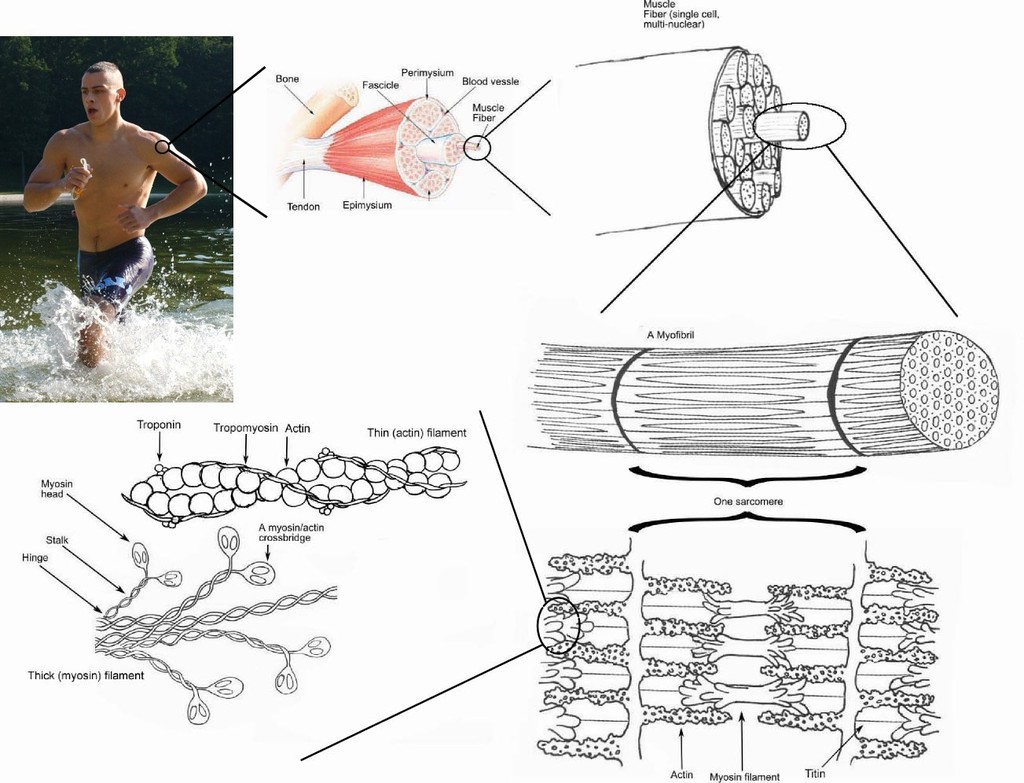 In addition to voluntary contractions of skeletal muscle, involuntary muscle also contracts in a similar fashion but does so involuntarily. Smooth muscle is responsible for movement of food through the digestive system via peristalsis and regulates the diameter of blood vessels, determining how much blood flows through the vessels. Cardiac muscle is responsible for contraction of the heart . The contraction of cardiac muscle of the heart is coordinated such that the entire heart beats in a controlled, uniform manner, ensuring blood is efficiently pumped from the chambers. Cardiac and smooth muscle contraction occurs without conscious thought and is necessary for survival. 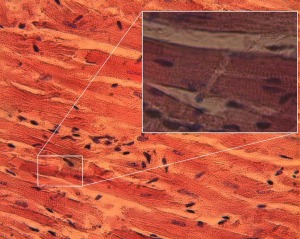 Cardiac muscle is striated, similar to skeletal muscle, but beats involuntarily. The cells beat in unison as a result of unique gap junctions between the muscle cells. 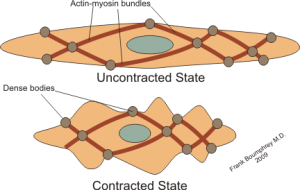