This laboratory exercise covers the following animals. You should learn this classification scheme and be able to classify the animals into these categories.

Segmented animals have repeating units. This has led to specialization of parts over evolutionary time because the different segments could become specialized for different purposes. Notice the variety of specialized structures near the anterior end of the clam worm in the photograph below.

Molecular data suggests that segmentation evolved independently in the annelids, the arthropods, and the chordates because ancestors to each of these three groups were not segmented.

Annelids are bilateral, coelomate protostomes. The coelom is partitioned by septa (crosswalls).

Setae are bristles on the skin that anchor or help move the animal. Movement occurs when waves of contraction of longitudinal muscles cause a “bulge” to progress from the anterior end to the posterior end.

Annelids exhibit specialization of the digestive tract. Some of these structures are the pharynx, crop, gizzard, intestine, and accessory glands. Annelids have a closed circulatory system.

A pair of cerebral ganglia function as a simple brain. A  ventral nerve cord extends the length of the animal and connects to a pair of fused ganglia (mass of nervous tissue) in each segment. The ganglia within each segment function to coordinate muscle contractions.

Find the dorsal blood vessel. This structure should be visible through the body wall and will appear slightly darker than the rest of the body. It extends the length of the animal. With a scalpel, make a shallow cut along the dorsal surface beginning at a point approximately half way between the clitellum (see photograph below) and the posterior end and ending at the anterior end. Try to avoid cutting the dorsal blood vessel by keeping your cut to one side of the vessel. Try to cut only the body wall but not the internal structures.

Find the structures shown in the photographs below. Be sure that you understand the function of each of these structures. 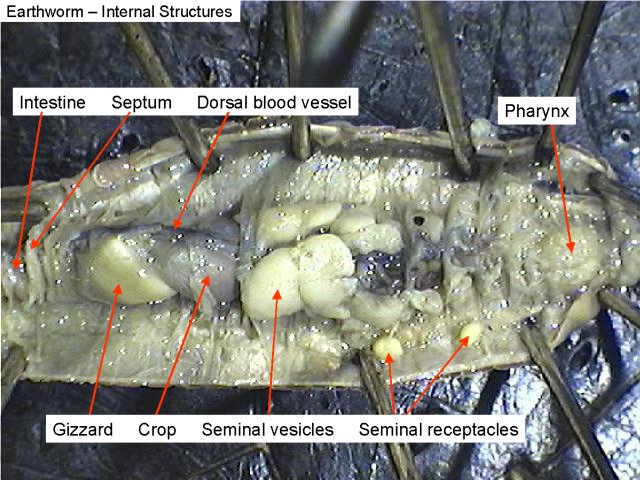 Figure 2. The anterior end of this earthworm is on the right.

Figure 3. Left: The anterior end of the worm. Middle: The brain. Right: The mid-section

Use a needle to cut the septa in the region of the intestine and roll it aside to expose the nerve cord underneath.

Examine a labeled earthworm composite. This slide shows three different cross sections. The cross-section on the right side of the slide is from the intestinal region.

Most leeches are freshwater predators or parasites. Parasites have oral and posterior suckers used to attach to the host. Bloodsucking leeches produce hirudin, a powerful anticoagulant, in their saliva.

When surgeons reattach severed human fingers, they occasionally use laboratory-raised leeches during the patient’s recovery. The leeches remove blood from the tissues around the reattachment sites, release anesthetics and anticoagulants, and thereby relieve pressure and decrease pain. Removal of fluids from the area by the leech enables fresh fluids to move into the area. 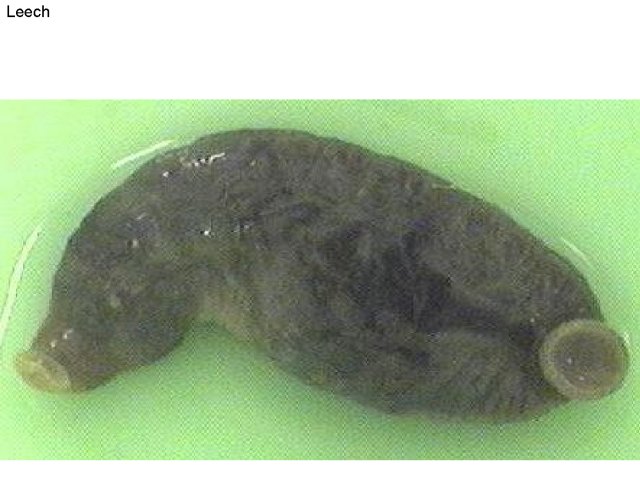 The largest class of annelids is polychaeta. Polychaetes have parapodia, fleshy, paddlelike lobes on each segment. Parapodia function in locomotion and gas exchange. Setae are located on the parapodia.

Many Polychaetes are predators. Tubeworms are sessile filter feeders that live in tubes constructed from sediment from the ocean floor. Cilia on their tentacles create water currents that enable them to filter food from the water.