Our genetic information is coded within the macromolecule known as deoxyribonucleic acid (DNA). DNA belongs to a class of organic molecules called nucleic acids. The building block, or monomer, of all nucleic acids is a structure called a nucleotide. A nucleotide has three parts: phosphate, deoxyribose sugar, and a nitrogen base. 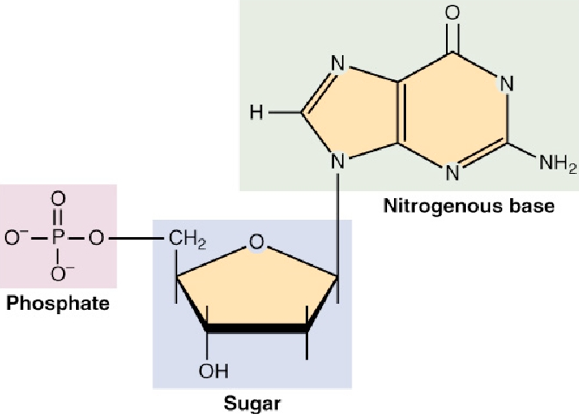 There are four different nucleotides that make up a DNA molecule, each differing only in the type of nitrogenous base. These include adenine (A), thymine (T), cytosine (C), and guanine (G), often indicated by their first letters only.

James Watson and Francis Crick discovered the three dimensional shape of DNA in the early 1950s. The shape, which they described as a double helix, has the shape of a twisted ladder.

Think of the four nucleotides that make up DNA as the letters of an alphabet. To spell out a word (in this case an amino acid) three “letters” from our alphabet are required. Since only about 20 amino acids make up all the proteins, having a four-letter alphabet is more than sufficient to spell out the 20 “words” (see the calculations that follow). The genetic code is universal (almost) for all living things. What this means is that the triplet code spells the same amino acid in different organisms, from dolphins to plants to bacteria!

Think of a gene as a segment of DNA on a chromosome that codes for a series of amino acids that when linked together makes up what is known as a polypeptide. Polypeptides are then folded into complex three-dimensional shapes that become functional proteins. 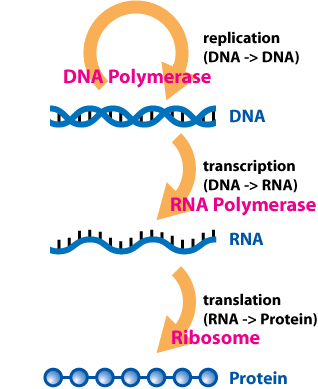 All organisms use the same fundamental mechanism for gene expression.

Transcription happens when the information from the DNA template is transcribed onto another form of nucleic acid known as ribonucleic acid or RNA (actually messenger RNA).

The following DNA sequence is part of the gene that controls dimples. Decode the DNA message into mRNA, tRNA and finally amino acids. Use the genetic code chart to fill in the table below.

Note: The genetic code is based on mRNA (not DNA or tRNA). When you have finished this, you will be able to determine the phenotype of the person the DNA came from. (If arginine is the 3rd amino acid, the person will have dimples.)

Fill in the boxes with 16 of the 20 amino acids. Every bingo square will be unique. Then listen as random nucleotide sequences are pulled from the hat. Listen carefully to what kind of sequence is called! Use the mRNA codon chart on the previous page to determine the amino acid associated with each sequence. (Printable version here.) 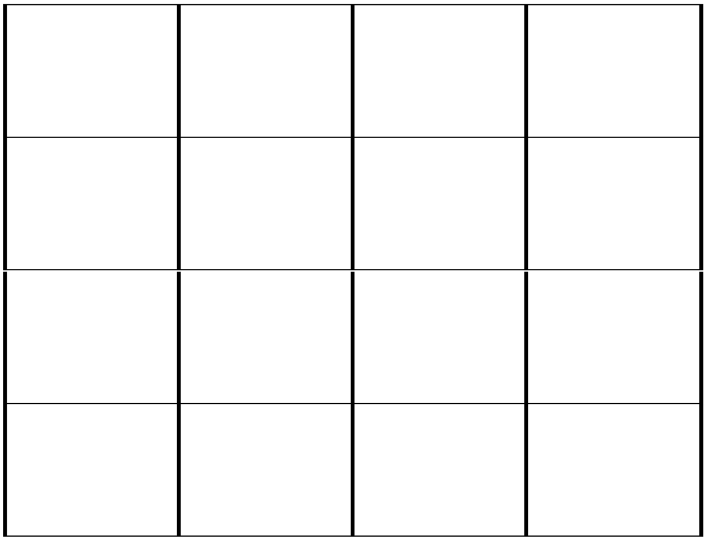 Wheat germ is the sprouting embryo contained within a wheat kernel (the wheat seed). The remainder of the wheat kernel is called the endosperm, and is the food storage site for the developing embryo. Our task today is to break down the cells within the wheat germ and remove the DNA.

Show your DNA to your instructor for credit!