Breaking news! These are all myths! Only ear wax is inherited in Mendelian ratios!

There are many exceptions to Mendel’s Rules. For example, blood types in humans exhibit two exceptions: codominance and multiple alleles.

Monoclonal antibodies are used to detect the blood surface markers governed by the ABO and rh factor blood determinants. A sample of blood is combined with each specific antibody: anti-A, anti-B, anti-O or anti-rh+ antibodies. A positive reaction, usually indicated by blood coagulation, indicates the presence of that particular blood surface marker. Antigens are molecules that trigger an immune response, causing the production of antibodies specific to that antigen.

What is your unknown blood type?

We will trace the inheritance pattern of the autosomal recessive trait albinism through four generations. The legend is as follows: 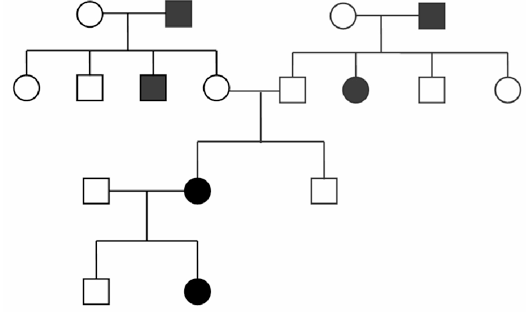