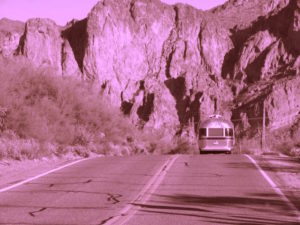 At the beginning of the module, Joan had applied for a credit card with air miles so she could go on a trip. To earn enough miles for the airfare, Joan has planned to use her air miles card for the following things each month:

The total monthly amount Joan plans to spend on bills is $335.

Each dollar she spends gives her 1.25 air miles, and she expects to need about 12,000 air miles to buy the ticket she wants. The credit card company started Joan off with 100 air miles just for signing up.

Joan has earned 100 air miles for signing up, so we need to add that as a constant to the function.

If we put in $335, we will see how many miles she earns in the first month.

So after the first month, Joan has 518 air miles. Thats’ not quite 12,000.   We could keep putting in multiples of 335 to see how much she has to spend before she has enough miles, or we could just solve for it:

Joan will need just over two years to have enough miles, which is perfect because that’s how long it will take for her to finish her degree.  She can celebrate graduating with a trip she earned with free air miles. Now Joan just needs to figure out where she wants to go. . .