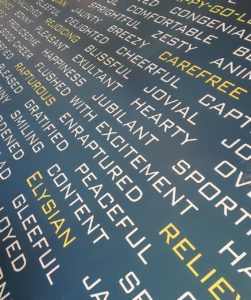 Figure 1. Another term used for adjectives is a “describing word.”

An adjective modifies a noun and, in so doing, provides more information or detail about the noun. It might be anything from color to size to temperature to personality.

In certain cases, numbers can also be adjectives. When you say, “Seven is my lucky number,” seven is a noun, but when you say, “There are seven cats in this painting,” seven is an adjective, because it is modifying the noun cats.

There is another way to compare adjectives in English. Many adjectives can take the suffixes –er and –est to indicate the comparative and superlative forms, respectively (e.g., great, greater, greatest). Some comparable adjectives are irregular: for example, good, better, best; bad, worse, worst).

There is no simple rule for knowing which pattern is correct for a particular adjective; however, the general tendency is for shorter adjectives to take the suffixes and for longer adjectives to use more and most.

The adjective fun is a notable exception to the tendency we just described. You might expect the comparative to be funner and the superlative to be funnest. However, for a long time, these words were considered nonstandard, so more fun and most fun became the correct forms.

The reasoning behind this rule is now obsolete (it has a lot to do with the way fun became an adjective), but the stigma against funner and funnest remains. While the tides are beginning to turn, it’s safest to stick to more fun and most fun in formal situations (such as in academic writing or in professional correspondence).

When you use comparative adjectives, the adjective is often accompanied by the word than (e.g., “He is taller than I am”).

Non-comparable adjectives, on the other hand, are not measured on a continuum but are binary. Something is either “adjective,” or it is not. She is “dead” or not “dead.” In general, see below, a person is never more or less dead. Other examples include dead, true, and unique.

Of course, this rule is often broken. Although pregnant is logically non-comparable (a woman is either pregnant or not), you may hear a statement like “She looks more and more pregnant each day.”

Are the following adjectives comparable or non-comparable? For example:

Adjectives need to be placed in a particular order. What information do you post first? If you’re a native English speaker, you can probably figure out the order without any thought—even if it’s only because you know what “sounds” right.

The Royal Order of Adjectives[1]

Four gorgeous provides the intensifier and quality; long-stemmed provides the size; red, provides the color; and silk provides an additional detail. Now look at the order of the adjectives in one of your own sentences and see if it makes sense to you.

Here’s another way to remember the order of adjectives: DOSASCOMP.

Remember the test mentioned in the video: if you can reverse the order of the adjectives and you can put “and” between the adjectives, you need a comma.

Let’s take a look at non-coordinate adjectives that will not need a comma:

Now let’s take a look at coordinate adjectives where you will need to add a comma:

If your adjectives are in different categories in DOSASCOMP, they must stay in that order, and we do not use a comma between the two.

Did you get it correct? Keep in mind because adorable and little are in different categories in DOSASCOMP, they must stay in that order and a comma is not used. Another way to think about this is to say it aloud: little adorable cottage does not sound right.