Adverbs are words that modify or describe a verb, adjective, or another adverb. Adverbs are easily identified because they often end in ly, but this is not always the case.

Descriptions make our writing rich and specific, so we shouldn’t be afraid of using adjectives and adverbs in our sentences.

Look at these three sentences:

As you can see, the last sentence is the most descriptive and informative. The use of adverbs and adjectives helps our writing come alive. The following page on adverbs will provide helpful tips on how to correctly use adverbs and give you examples of how adverbs can add descriptive detail to your writing.

Adverbs occur either before or after the word they modify. An adverb may provide information about the manner, place, time, frequency, certainty, or other circumstances of the activity indicated by the verb:

Adverbs can also modify noun phrases, prepositional phrases, or entire clauses or sentences, as in the following examples.

Intensifiers and Adverbs of Degree

Adverbs can also be used as modifiers of adjectives, and of other adverbs, often to indicate degree. Here are a few examples:

Adverbs may also undergo comparison, taking comparative and superlative forms. This is usually signified by adding more or most before the adverb (more slowly, most slowly). However, there are a few adverbs that take non-standard forms, such as well, for which better and best are used (i.e., “He did well, she did better, and I did best“).

Some people are of the opinion that the words very and really indicate weak writing. You’ve probably seen lists of adjectives to use instead of these adverbs (along with an adjective). While this can be true in some cases (enormous or gigantic is probably a better choice than “really big”), very and really aren’t terrible words. Just be conscious of the words you select. When you use these adverbs, consider whether there’s a better way to express what you want to say.

Read the following passage and identify the adverbs. Are the intensifiers and adverbs of degree being used correctly? Or would you suggest revision? The sentences have been numbered to aid you in your comments.

(1) Wojtek (usually spelled Voytek in English) was a Syrian brown bear found in Iran and literally adopted by soldiers of the 22nd Artillery Supply Company of the Polish II Corps. (2) Wojtek initially had problems swallowing and was fed condensed milk from an old vodka bottle. (3) Later in life, he was oftenly rewarded with beer, which became his favorite drink. (4) He really also enjoyed smoking (or eating) cigarettes.

(5) To get him onto a British transport ship when the unit sailed from Egypt, Wojtek was officially drafted into the Polish Army as a Private and was listed among the soldiers of the 22nd Artillery Supply Company. (6) As an enlisted soldier of the company, with his own pay book, rank, and serial number, he lived either in tents with the other soldiers or by himself in a special wooden crate, which was transported by truck. (7) According to numerous accounts, Wojtek helped by carrying ammunition during the Battle of Monte Cassino—he never dropped a single crate. (8) In recognition of the bear’s immensely popularity, the HQ approved a depiction of a bear carrying an artillery shell as the official emblem of the 22nd Company.

Have you ever noticed the effect the word only can have on a sentence, depending on where it’s placed? Let’s look at a simple sentence:

Let’s see how only can change the meaning of the sentence:

Only modifies the word that directly follows it. Whenever you use the word only make sure you’ve placed it correctly in your sentence.

A linguistic phenomenon is sweeping the nation: people are using literally as an intensifier. How many times have you heard statements like “It was literally the worst thing that has ever happened to me,” or “His head literally exploded when I told him I was going to be late again”?

So what’s the problem with this? According to Merriam-Webster’s Dictionary, the actual definition of literal is as follows:

According to this definition, literally should be used only when something actually happened. Our cultural usage may be slowly shifting to allow literally as an intensifier, but it’s best to avoid using literally in any way other than its dictionary definition, especially in formal writing.

The Royal Order of Adverbs[2]

Like adjectives, adverbs have a “royal order.” While you may already have an innate sense of this order, it can be helpful to review the rules. 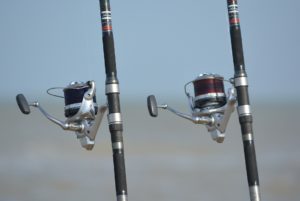 Figure 1. Can you spot the differences between these two fishing rods? Learning the common mistakes made with adjectives and adverbs will help you to avoid mixing the two up.

As we’ve learned, adjectives and adverbs act in similar but different roles. A lot of the time this difference can be seen in the structure of the words. Clever is an adjective, and cleverly is an adverb. The adjective + ly construction suggests that the word is an adverb.

While –ly is helpful, it’s not a universal rule. Not all words that end in –ly are adverbs: lovely, costly, friendly, etc. And not all adverbs end in -ly: here, there, together, yesterday, aboard, very, almost, etc.

Some words can function both as an adjective and as an adverb:

One common mistake with adjectives and adverbs is using one in the place of the other. For example, in the sentence “I wish I could write as neat as he can,” neat should be replaced with neatly, an adverb, since it’s modifying a verb. (“That’s real nice of you” is also incorrect, it should be “That’s really nice of you.”)

One of the most commonly confused adjective/adverb pairs is good and well. There isn’t really a good way to remember the distinction besides memorization. Good is an adjective. Well is an adverb. Let’s look at a couple of sentences that demonstrate common misusage:

In the first sentence, good is supposed to be modifying plays, a verb; therefore the use of good—an adjective—is incorrect. Plays should be modified by an adverb.

In the second sentence, good is supposed to be modifying doing, a verb. Once again, this means that well—an adverb—should be used instead: “I’m doing well.”

The sentence “I’m doing good” can be grammatically correct, but only when it means “I’m doing good things”—not as a description of how a person is feeling.