An appeal to pathos is an appeal to someone’s emotions. For example, ads for unhealthy fast food are meant to appeal to your sense of hunger and your cravings, not to your logic that warns against such cuisine. We are exposed to appeals to emotions on an almost constant basis, so it is easy to become numb to such tactics; however, it is important to be aware of such rhetorical strategies both as readers and writers. As a reader, you should be able to analyze how some artifacts turn up the pathos to persuade; as a writer, you need to be careful not to overly rely on pathos as an attempt to sway readers. Remember that while some people may lean heavily on their emotions, others will not be persuaded by strong appeals to pathos, and you will need to consider how to reach them.

People may be uninterested in an issue unless they can find a personal connection to it, so a communicator may try to connect to his or her audience by evoking emotions or by suggesting that author and audience share attitudes, beliefs, and values—in other words, by making an appeal to pathos. Even in formal writing, such as academic books or journals, an author often will try to present an issue in such a way as to connect to the feelings or attitudes of his or her audience (however, academic writing moves beyond reliance solely on appeals to pathos). 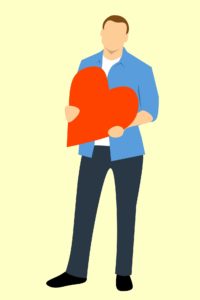 Figure 1. Knowing your audience well is vital when considering an appeal to pathos- will it arouse sympathy and interest in your readers?

When you evaluate pathos, you are asking whether a piece of writing, a speech, etc. arouses the audience’s interest and sympathy. You are looking for the elements that might cause the audience to feel (or not feel) an emotional connection to the content.

An author may use an audience’s attitudes, beliefs, or values as a kind of foundation for his or her argument—a layer that the writer knows is already in place at the outset of the argument. So one of the questions you can ask yourself as you evaluate an author’s use of pathos is whether there are points at which the writer or speaker makes statements assuming that the audience shares the same feelings or attitudes. For example, in an argument about the First Amendment, does the author write as if he or she takes it for granted that the audience is religious?

Up to a certain point, an appeal to pathos can be a legitimate part of an argument. For example, a writer or speaker may begin with an anecdote showing the effect of a law on an individual. This anecdote will be a means of gaining an audience’s attention for an argument using evidence and reason to present the full case as to why the law should/should not be repealed or amended. In such a context, engaging the emotions, values, or beliefs of the audience is a legitimate tool being used effectively.

An appropriate appeal to pathos is different than trying to unfairly play upon the audience’s feelings and emotions through fallacious, misleading, or excessively emotional appeals. Such a manipulative use of pathos may alienate the audience or cause them to tune out. An example would be the American Society for the Prevention of Cruelty to Animals (ASPCA) commercials featuring the song “In the Arms on an Angel” and footage of abused animals. Even Sarah McLachlan, the singer and spokesperson featured in the commercials, admits that she changes the channel because they are too depressing (Brekke, 2014).

Even if an appeal to pathos is not manipulative, such an appeal should complement rather than replace reason and evidence-based argument. In addition to making use of pathos, authors must establish credibility (ethos) and must supply reasons and evidence (logos) in support of their positions. An author who essentially replaces logos and ethos with pathos alone is risking losing his or her audience.

Kairos means the right moment or, more simply, timeliness. Appeals to emotion are more likely to be effective work if they are also timely. For example, people were more likely to give to charities related to 9/11 soon after the tragedy than they are now. However, donations still rise nearer the actual date of September 11 each year. This is an intersection of kairos and pathos. In other words, people’s emotions are heightened because of a particular time.

Timeliness and emotion might be tied to an annual event, such as sadness or depression on the anniversary of a loved one’s death or pride in America on the 4th of July. Other examples could have much larger time frames, such as suspicion and fear of one’s neighbors during the Communist witch hunts of the 1940s and 50s. Or they could be on a much smaller scale, like someone being more generous and cheerful than normal on Friday evenings. When writing and considering an appeal to pathos, also consider the timeliness. If you were writing a piece on why present-day Americans should fear a widespread viral infectious disease outbreak, it might seem untimely to use the example of smallpox, which was eradicated decades ago, especially since there have been more recent diseases that present greater threats to the limits of modern medicine.