Now that you’ve thought about source integration broadly, it’s time to explore the three main tools for integrating source content into your own writing: quoting, paraphrasing, and summarizing. You’ve probably used direct quotations in your papers before, but did you know that you should only use quotations in your paper under certain conditions? Summary and paraphrase of source material can also be effective, often instead of direct quotations. First, however, let’s take a closer look at when and how to use a direct quote.

Direct quotations are words and phrases that are taken directly from another source and then used word-for-word in your paper. Quoting is using the EXACT wording of the source material. If you incorporate a direct quotation from another author’s text, you must put that quotation or phrase in quotation marks to indicate that it is not your language.

When writing direct quotations, you can use the source author’s name in the same sentence as the quotation to introduce the quoted text and to indicate the source in which you found the text. You should then include the page number or other relevant information in parentheses at the end of the phrase (the exact format will depend on the formatting style of your essay).

When should you use a direct quotation?

When writing papers that require the use of outside source material, it is often tempting to cite only direct quotations from your sources. The danger, however, is that your paper will become nothing more than a series of quotations linked together by a few connecting words. Your paper may seem to be a collection of others’ thoughts, with little thinking on your part. To avoid falling into this trap, follow a few simple pointers: 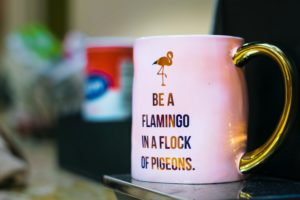 Figure 1. Quotes that you use in an academic research essay will be very different than quotes that decorate a coffee mug you might buy your sister for her birthday. Ask yourself: is this quote relevant to my argument?

Direct quotations should be used sparingly and only with good reason! Some valid reasons for quoting include:

Quoting Words and Parts of Sentences

Although you generally want to avoid using too many short quotes when you write, there are times when you need to quote just a word or a phrase as a part of your own sentence. Short phrases and single words should work smoothly with the structure of your own sentence. Look, for example, at the way the brief passages from Thoreau’s Walden aid in the flow and credibility of this sentence:

Long quotations should be kept to a minimum in your essay. Additionally, you should only use those parts of the long quotation that you really need. If a passage has a middle section that doesn’t relate to the point you are making, drop it out and replace it with an ellipsis (…) to indicate that you have left out part of the original text (see below).

Set up long quotations in blocks; these are generally called block quotations. Block quotations are most often used if the passage takes up more than four typed lines in your paper. Indentation and spacing guidelines vary depending on the formatting style you are using (APA, MLA, Chicago, or other).

Leave the quotation marks off of a block quotation. The indentation itself is the visual indicator to the reader that the text is a quote. Block quotations usually are introduced with a full sentence that summarizes the main point of the quotation. This introductory sentence should be followed by a colon, as in the example below.

Henry David Thoreau argued in Walden that men who are over-occupied with labor run the risk of becoming dehumanized. They must be granted the time to learn about, and address, their own shortcomings in order to fully mature as humans:

He has not time to be anything but a machine. How can he remember well his ignorance–which his growth requires–who has so often to use his knowledge? We should feed and clothe him gratuitously sometimes, and recruit him with our cordials, before we judge of him. The finest qualities of our nature, like the bloom on fruits, can be preserved only by the most delicate handling. (23)

Here’s the same block quote with an ellipsis to indicate the removal of a bit of unnecessary text from the source material. The use of an ellipsis is particularly effective if the original quotation includes unnecessary or potentially confusing language.

He has not time to be anything but a machine. How can he remember well his ignorance . . . who has so often to use his knowledge? We should feed and clothe him gratuitously sometimes, and recruit him with our cordials, before we judge of him. The finest qualities of our nature, like the bloom on fruits, can be preserved only by the most delicate handling. (23)

It’s important to remember that longer quotes should be set up and followed by commentary and analysis, just like shorter quotes. Be sure to provide some analysis after that quote to let your audience know why the quote is there and why it’s important. Otherwise, long quotes can look and feel like “filler” to your audience.

If you need to add information to make a quote more clear, you add brackets to show your reader which words you have added. Let’s take a look at an example.

Suppose you are including a quotation from an essay about the importance of finding a mentor in college. The particular sentence you are interested in reads as follows: “There is nothing more important to your success during and after college” (Purple 23). If you were to quote this sentence, the reader would have no idea what exactly is being recommended here. We could address this lack of clarity with information added outside the quotation, but we could also use brackets to add clarifying information inside the quotation.

The brackets here make clear that “than finding a mentor” are words we have added to the quotation. The added words need to reflect and clarify the meaning of the original quotation but they can also help make our use of the quotation more graceful.

Here are a few other common uses for brackets:

“[N]othing,” according to Purple, is “more important to your success during and after college” (23) than finding a mentor. Here the brackets make clear that the capital N to start the sentence is our own, not Purple’s.

“There is nothing more important to your [academic and career] success during and after college” (Purple 23) than finding a mentor. Here we use the brackets to clarify what Purple means by success, again using our own words in brackets.

Be careful: [Brackets] are different from (parentheses). Don’t get them mixed up! We use brackets when we are adding additional text but parentheses for parenthetical citations of sources (which we’ll be discussing later).