You can approach your audience’s needs and build common ground with your readers by using three basic rhetorical approaches in your writing: tone, language, and appeal.

Tone is the way a writer uses language in order to communicate a certain attitude. For example, what is the difference between a formal tone and a conversational tone? For many of your assignments in college, you will write using a formal tone since your audience will be your teachers and fellow students. You may use a conversational tone when you write texts and emails to your friends and family. Tone is important because if you choose the wrong tone, you may turn off your audience completely.

Take a look at this example from a student’s proposal to create an infographic for senior citizens:

Based on this senior citizen audience, simplicity and authenticity must be key characteristics of the infographic. Its message, presented mainly through visuals, must not only be clear and easy to understand, but it must also be genuine in nature. Caution must be taken to avoid seeming judgmental towards the audience members’ lack of digital skills and tendencies towards analog solutions.

This student wants to make sure the tone of her document builds good will with her audience. Do you see anything that might be offensive in tone to senior citizens who are comfortable with technology? If your audience is made up of senior citizens, you would want to make sure that you are not patronizing or belittling them about their technical expertise.

Can you think of a situation where your tone did not match the audience’s expectations? Did you offend a reader? As you write an essay, you have to consider the audience’s potential reception of your tone. Even if the audience is hypothetical, you should pay attention to the language that you use. 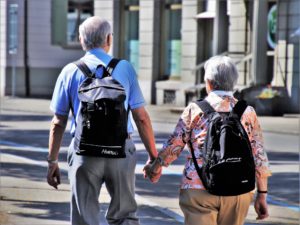 Figure 1. Taking into account the age group of your audience is one factor to consider when evaluating the tone of your essay.

Tone reveals the attitude of the writer, which can range from friendly to hostile. Your tone could also be helpful or instructive.

Notice the different tones in the two passages below. Both managers are contacting their employees for the first time about powering down their computers.

Manager 1:
It has come to my attention that computers are not being turned off at the end of the workday. What are you thinking? This is a possible security breach, as well as a waste of electricity. Failure to shut down electronic equipment will NOT be tolerated. Please ensure that your computers are off before you leave each night or there will be consequences for individuals who do not comply.

Manager 2:
Hello, everyone! Here at Plants, Inc., we are committed to using energy efficiently. I need your help with respect to our use computers. A number of computers have been inadvertently left on in the evenings, and I want to remind everyone to turn them off before you leave work for the day. With your cooperation with turning off your computer before you leave, you will help us conserve electricity. Thank you!

Notice a difference in the tone between Manager 1 and Manager 2? Note the use of punctuation and words that sound threatening or encouraging? If Manager 1 had already asked employees several times, the tone may be justified. However, most people respond to polite requests similar to Manager 2’s approach.

When writing a research paper and other academic writing, or academic discourse, you will want to use what is called the academic voice. As a writer, you want to sound objective, authoritative, and reasonable. While a research paper will be based on your opinion on a topic, it will be an opinion based on evidence from your research. Your goal as a writer is to argue in a rational manner using formal language. In your writing assignments, you are revealing your thought process to your reader. Because you will be appealing to the audience’s sense of reason, you want to use the language of one person respecting the opinions of another person.

Instead of: The utilization of teams as a way of optimizing our capacity to meet and prioritize our goals will impact the productivity of the company.

Write: Teams will execute the goals and enhance the company’s output.

Why: Don’t confuse your readers with complex phrases and overly complicated vocabulary.

2. When writing in an academic voice you usually avoids first-person pronouns.

Instead of: I think anyone who becomes a parent should have to take a parenting class.

Write: Parenting classes should be mandatory for any biological or adoptive parents.

Why: Check your assignment, and if you are unsure of whether you can use first-person pronouns (I think, I feel, etc.) ask your teacher.

Instead of: When you read “Letter from a Birmingham Jail,” you will realize that King was writing to people besides the ministers who criticized him.

Write: Upon reading “Letter from a Birmingham Jail,” readers will note that King was addressing a wider audience than the clergy who condemned his actions.

Why: It can be confusing who the “you” is referring to for readers.

Instead of: It shouldn’t be difficult to record what we feel, but many of us just can’t get our feelings down on paper.

Write: It should not be difficult to record feelings, but many people are unable to do so.

Why: Contractions shorten words, and they can signify informal writing. If you like using them as a writer, you can always remove them as you revise.

Instead of: It’s obvious that she’s a feminist because she makes a really big deal about girls who were way into the suffrage movement.

Write: Because of her positive review focus on the Suffragist Movement, one can assume the writer is a feminist.

Why: Most academic discourse is formal. If you are confused about your assignment, check with your teacher.

6. Abbreviations for common terms should not be used in academic writing

Instead of: Smith was declared the official winner at the P.O. last Mon. on Jan. 6th.

Write: Smith was declared the official winner at the post office last Monday, on January 6.

Why: You can use abbreviations, but you want to explain them for readers who may not know them.

7. Use gender-inclusive language and gender-neutral pronouns, when appropriate. So instead of “he or she” and “his or her,” use “they, them, or their.”

Instead of: Every student should turn his or her paper into the office before noon.

Write: Students should turn in their papers to the office before noon.

Why: You want to include as many people as you can with the consideration of your audience.

Although using the singular form of “they” was previously frowned upon in academic writing, it is now acceptable. For example, male pronouns were often used to refer to an unknown someone (“to each his own”), or just female pronouns (“to each her own”). We now consider this practice to have gender bias. Instead, “to each their own” is appropriate.

Instead of: “That driver needs to stay in his lane. He’s being so aggressive!”

Write: “That driver needs to stay in their lane. They’re being so aggressive!”

Why: You want to include as many people as you can with the consideration of your audience.

Language is closely related to tone.

In fact, if you misjudge the appropriate language for your audience, your tone may suffer too. If you are writing an article for a scientific journal, you would make sure to use the technical language appropriate to your subject. Of course, if you write a text message to a friend, your language should be informal, non-technical, and conversational!

Imagine that you work in a car assembly plant. You know your job and enough about the process of car assembly in general to talk to anybody else in the plant about their jobs. You probably have a specialized vocabulary that describes your work process. Now, imagine that you walk into an airplane manufacturing plant. Would you be able to do the same thing? Sure, many of the processes are the same, and you might be able to talk to the workers about the things you have in common. You both build machines, but the vocabulary is different. Workers in the airplane factory talk about different things and have different common knowledge than you do. Each factory is a discourse community.

Writers use tone and language to appeal and connect with an audience. To be persuasive, they also use what is called rhetorical appeals. We talked earlier about using logos, pathos, and ethos to determine what kind of evidence might be most effective. Logos is about appealing to your audience’s logical side. Pathos is about appealing to their emotions. Ethos is about using credibility or character to underscore the appeal to your audience.

Match each rhetorical appeal to its definition in the practice box below:

What do these appeals have to do with finding common ground with an audience? The way you balance ethos, pathos, and logos can vary depending on your audience. Think about the scenario below:

You are a scientist who studies climate change and polar bear mating habits. You have just completed and published a study that tracks the declining polar bear population with the reduction of ice caps in the Arctic Ocean. You believe the results of this study are important, and you need to explain them to three different audiences.

An audience of scientists is primarily interested in your credibility (ethos) and your logical facts (logos). They want to know more about your methods, how your data was collected, and the accuracy of your study. When you are presenting to this group, you should minimize appeals to emotion, as they could turn off your audience.

An audience of kindergarteners is primarily interested in big, fluffy polar bears. Thus, you would want to emphasize the appeal to emotion (pathos). Your ethos, or credibility, is important, but in a different way than it is with the scientists. You must express yourself in a way that makes the children feel comfortable with you and makes them trust what you say. Facts are important in every situation, but the kindergarteners are not going to scrutinize your methods.

An audience of climate change denialist politicians would generally be very hostile to what you have to say. Playing up your credibility (ethos) may not be very helpful because they already reject the field in which your credibility is rooted. You have to rely heavily on facts (logos) with this audience and demonstrate that your facts are impossible to deny. You also have to rely on emotion (pathos) but in a different way than you do with the kindergarteners. This hostile audience is already reacting to you with emotion, so it’s important for you to receive that emotional energy and make the best of it.

ethos: appealing to an audience through credibility or character

logos: appealing to an audience through logic

tone: tone is conveyed through word choice and style; in academic writing, we typically use formal language choices and a serious style to give authority and credibility to our writing; a more informal, conversation tone (and choice of words and style) would be appropriate in interactions with friends, for example