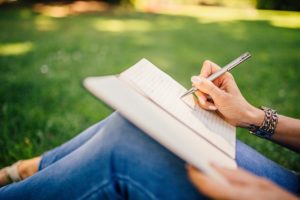 Figure 1. Not all essays are your cookie-cutter 3-body paragraph papers, especially at the college level.

In the previous activity, we saw a thesis that contained all of the parts of the argument. Each paragraph of the essay related exactly to one claim in the thesis (this is fairly typical for 5-paragraph style). This structure was useful for illustrating how the paragraphs in an academic essay support the thesis claim. However, most of the essays you read in college won’t have such a clear one-to-one match between thesis and paragraphs!

Let’s look at a thesis statement in the wild.

This example comes from a 2001 article by Gerald Graff called “Hidden Intellectualism.” Graff opens up the essay with a description of Michael Warner’s essay “Tongues Untied: Memoirs of a Pentecostal Boyhood,” which tells the story of Warner’s “improbable journey from an upbringing in a Christian Pentecostal [very religious] family and graduation from Oral Roberts University to his current identity as a ‘queer atheist intellectual.'” In his memoir, Warner points out that although the academic world often views religious fundamentalism as “anti-intellectual,” his Pentecostal upbringing actually prepared him well for his academic journey by introducing him to a life “saturated by argument.” Graff then uses Warner’s memoir to make a point about “intellectualism” more generally. This point is the thesis of Graff’s essay:

[Warner’s] account has intriguing implications for education, illustrating how the “saturation of life by argument” can occur in practices often dismissed as nonintellectual or anti-intellectual. His essay invites us to think about students’ intellectual abilities that go overlooked by schools because they come in unlikely packages. There must be many buried or hidden forms of intellectualism that do not get channeled into academic work but might if schools were more alert about tapping into them.

Let’s look at how the thesis statement introduces and ties together the argument of an essay.

Open your Working Document and write the heading “Thesis and Argument”

How can we use this process to become better writers?

This exercise was designed to illustrate the relationship between a thesis and its supporting paragraphs. In this case, given a thesis, you were asked to imagine three examples to support that thesis. Even though each writer working on this activity will have different examples, the thesis is able to pull them all together into a coherent argument. That’s why spending time on a strong thesis claim will help your papers have clarity and purpose.