What do we mean when we talk about “supporting” a thesis? 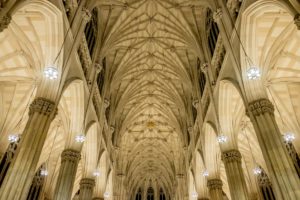 Figure 1. Just as pillars hold up the structural integrity of this Cathedral, supporting sentences in your paragraphs help to uphold the credibility and strength of your thesis statement.

As we have seen, an argument is only an argument if you can give reasons why you think it’s true. These reasons support the thesis claim, which sums up the point of the argument.

(1) The cost of clothing is a concern for most American families. In an article for Newsweek’s parenting column, Springen (2008) offered this advice to parents tackling back-to-school shopping: “Steer your kids towards affordable stores like Old Navy and H&M, but don’t force them to buy knockoffs. These days, even preschoolers can spot a pair of fake Ugg boots… and may taunt classmates about them” (1). This advice appears sound and sincere. However, such common wisdom hides the uncomfortable reality that most westerners are more concerned with getting a bargain than with the darker side of mass-consumer fashion. Attachment to cheap, disposable clothing, commonly known as fast fashion, is supporting a corrupt labor system, unsustainable production practices, and a culture of mindless consumerism. While the issue is complex, western consumers can contribute to a culture of change by revisiting some of their preconceived notions about frugality.

(2) With frequent stories in the news about factory accidents, the average consumer is at least somewhat aware of the conditions most clothes are made under. According to Dishman (2013) of Forbes, “Fashionistas often have a love/hate relationship with [mass-market] retailers like H&M because they equate the inexpensive price tag to the company’s ability to manufacture its merchandise in sweatshops filled with underpaid workers”. Yet, this ambivalence does not translate into action because shoppers are used to getting what they want fast and cheap. In his essay “The Branding of Ethical Fashion and the Consumer,” author and industry expert Nathaniel Beard (2008) described the “polarization” between the growing sense of moral obligation in fashion and the consumer who is “increasingly used to, and comfortable with, the availability of trend-led fashionable clothing that is extremely cheap, and where there is actually relatively little guilt felt about its disposability” (p. 450). The instant gratification of an inexpensive garment, such as a pair of sale pants from the Gap for three dollars, wins over humanitarian responsibility because it is convenient, fun, and more easily reconciled with the individual’s bottom line. Plus, everybody is doing it. A middle-class mother or college freshman might reasonably argue she cannot afford to spend more because of financial restrictions. Yet, a westerner’s definition of deprivation often looks pretty rosy in comparison to the average living and working conditions in the underdeveloped world. Perhaps, buying fewer items is a better financial solution than repeatedly buying cheap thrills.

(3) Similarly, consumers are willing to turn a blind eye to the health and environmental implications of their shopping habits in favor of steep discounts. According to Gershon (2005), “a third of a pound of pesticides, which contain known and suspected carcinogens, are used to make a simple cotton t-shirt” (p. 56). He also noted that large amounts of chemical pesticides and fertilizers are used on both cotton and wool, which is harmful to life, both human and animal, and contributes to pollution (p. 56). Once again, this information is available to shoppers but often avoided because it contradicts the accepted mentality of consumption. Beard (2008) acknowledged fashion companies do try to mislead consumers with their use of catch phrases such as “ethical” and “fair trade” (p. 450), but he also emphasized that these same individuals rarely ask hard questions about their clothing (p. 448). Accepting a company’s marketing as truthful and focusing instead on individual savings is simply easier than purchasing less or doing research. The gratification of a cheap thrill is immediate, whereas the detriment to a wearer’s health and the environment he or she lives in may not noticeably surface for many years.

(4) Health complications and chemical hazards during production and consumption are not the only environmental risks associated with fast fashion. The negative consequences of this cultural habit continue when a consumer disposes of a one-season garment in a charity shop or landfill. According to H&M global head of sustainability Helena Helmersson, “People in some countries cannot even afford H&M’s brand of cheap chic and that just reinforces the company’s ‘huge responsibility’ to ditch the throwaway attitude in favor of sustainability” (as cited in Dishman, 2013). Helmersson described the attitude of the masses in terms of having room for improvement, but the truth remains that her company, and the hundreds of others like it, propagate this phenomenon with their cheap fabrics, construction, and manufacturing. The people who frequently purchase this type of garment will wear it for a small number of seasons before discarding it in favor of a new, but similar, garment. Thus, the cycle of more-is-more consumerism is upheld.

(5) Brands like H&M often maintain they can produce eco-fashion on the cheap, but this is the type of misleading marketing to which Beard (2008) referred in his article. For example, H&M recently released a collection of organic and recycled clothes that follows several similar efforts in recent years (Dishman, 2013). Yet, these types of efforts rarely address all of the relevant issues, both environmental and humanitarian. For example, H&M’s 2010 Spring Garden collection contained cotton produced with GMOs, which contradicts the marketing strategies they used to promote the collection (Dishman, 2013). Additionally, these collections over-simplify the complexities of the interplay between all of the issues involved in the industry. According to Beard (2008), the chain of a garment’s production includes multiple stages of manufacturing, transportation, retail, and disposal, which makes accountability a real challenge (p. 448). Companies can easily obscure ugly truths while promoting positive elements. A garment at H&M may (or may not) be made from organic cotton. But that organic cotton is likely to have been picked and processed by sweatshop labor, and pollution probably occurred during transport. These types of campaigns are quick fixes designed to ease a consumer’s qualms about what they are buying, while disregarding the malevolent nature of the supply chain.

(6) In “Wearing Your Values,” Gershon (2005) recognized that the price of quality garments is currently quite high, but he also argued that the prices will decrease if companies recognize the potential market for ethical clothing and streamline new practices (p. 57). Consumers can contribute to this change by showing companies they are willing to make reasonable financial investments in doing the ethical thing. A culture that is too invested in possessing large quantities of cheap, disposable garments contributes to a system that exploits natural resources and human rights. Frugality should not come at such a high cost.

How can we use this process to become better readers?

With complex academic essays, it can sometimes be difficult to locate the thesis statement. An author will often make a number of claims at the beginning of an essay, some of which are serving other purposes (like giving context or creating interest). So which one is the thesis? By looking at the key sentences of the paragraphs, we can locate the thesis: it’s the claim they’re all pointing toward.