What is an Argument? 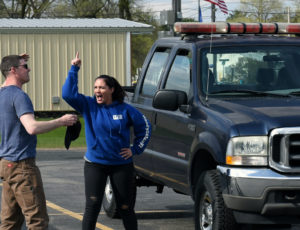 Figure 1. Academic argument isn’t like an argument over a parking spot.

You’ll hear the word “argument” a lot in a writing class. Let’s just clear this up, though: an academic “argument” isn’t the same as an argument over what to eat for dinner, or who was heading for a prime parking spot first. An academic argument defends a certain point of view through writing or speech.

An argument must take a stance

What distinguishes an argumentative essay from a descriptive essay or “report” is that the argument must take a stance; if you’re merely summarizing “both sides” of an issue or pointing out the “pros and cons,” you’re not really writing an argument. For example, “Stricter gun control laws will likely result in a decrease in gun-related violence” is an argument. “Americans are divided over gun control laws” isn’t an argument yet, because it’s presenting an issue (but not taking a stance). Arguments don’t just have to be about controversial political issues, though: many kinds of writing make arguments without touching on politics at all. For instance, an essay can take a stance by offering a particular interpretation of a song or a movie, or by showing the reader a new way to look at a historical event. In another module, we’ll look at a variety of types of essays, and the different kinds of arguments they use.

Arguments can have an opinion, but should not be based on opinion

When someone says: “well, that’s just your opinion,” what do they mean? Usually, this phrase implies that the other person doesn’t have a good reason for a particular view. If an argument is all about providing reasons for our views, does that mean we can’t express an opinion through argument? No! In fact, academic arguments usually articulate an opinion. Importantly, though, this opinion is always carefully defended with good reasoning, and often supported by research. If I claim that Michael Jordan was the greatest athlete of all time, but don’t offer any reasons, then that’s just my opinion. If I claim that “Babe” Didrikson Zaharias was a more accomplished athlete than Jordan because she dominated golf, basketball, and track-and-field, while Jordan was only good at basketball and golf, then we’re moving toward an argument. [1]‘

As the example of Zaharias vs. Jordan is supposed to show, the difference between opinion and argument comes down to reasons. If you can give reasons to support your claim, then it’s closer to an argument. But that still doesn’t clarify things entirely. After all, as every parent knows, “because I said so!” is a reason, just not one that can be argued with.

In an academic argument, the writer and the reader have to have equal access to the reasoning behind the argument 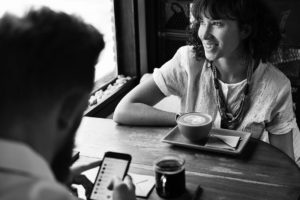 Figure 2. A good conversation involves both parties and gives everyone equal access to the information for discussion.

The same is true of academic argument. For a conversation to occur between the reader and writer, both need to have access to the same materials. This is why academic writers avoid statements that are based on taste, opinion, or belief:  if the argument comes down to “that’s just how I feel,” the reader doesn’t have equal access to the reasons behind the argument, and can’t participate fully in the conversation.

In academic writing, we support our arguments with shared reasons—not to “win” against people who disagree, but to encourage disagreements.

If you can’t disagree with it, it’s not an argument

“I like the Fast and Furious movies” is an opinion, because no one can disagree with it: It wouldn’t make sense to say: “No, you don’t like those movies.” By comparison, here’s an argument: “Although they might seem like mindless action flicks, The Fast and Furious movies actually have a lot to say about changing ideas about family in modern America.” (Of course, you’d then have to give your reasons for this claim). Now your reader could agree or disagree: “Yes, that makes sense to me” or “No, I see it differently.”

Sometimes it can be hard to tell a topic from an argument. If someone sees you reading an article and asks: “what’s that article about?” You might say “It’s about food supply chains.” That’s a topic, not an argument. How do we know? You can’t disagree with “food supply chains.” Or take our example from earlier: “Americans are divided over gun control laws.” Can you disagree with that statement? Not really. Let’s practice finding the difference between topic, opinion, and argument.

Open The Working Document to complete this Workshop.

How can we use this process to become better readers and writers?

There’s nothing wrong with having opinions about things. Sometimes, those opinions can help us discover strong academic arguments. There’s an important step in between, though: we need to support our argument with reasons that are equally available to our reader.

On the following page, we’ll dive deeper into the way academic writers support their arguments.