Scientists still do not appear to understand sufficiently that all earth sciences must contribute evidence toward unveiling the state of our planet in earlier times, and that the truth of the matter can only be reached by combining all this evidence. . . . It is only by combining the information furnished by all the earth sciences that we can hope to determine ‘truth’ here, that is to say, to find the picture that sets out all the known facts in the best arrangement and that therefore has the highest degree of probability. Further, we have to be prepared always for the possibility that each new discovery, no matter what science furnishes it, may modify the conclusions we draw.

— Alfred L. Wegener, The Origins of Continents and Oceans, first published in 1915.

Wegener put together a tremendous amount of evidence that the continents had been joined. He advocated using scientific evidence to find the “truth.” As his colleague, are you convinced? Let’s explore. 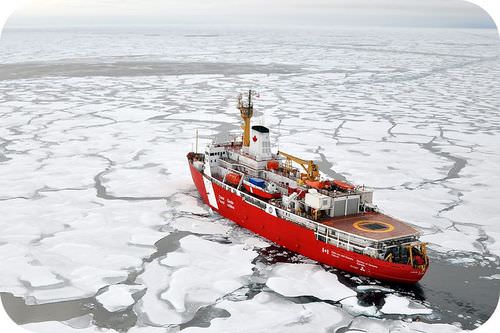 Figure 1. Alfred Wegener suggested that continental drift occurred as continents cut through the ocean floor, in the same way as this icebreaker plows through sea ice.

Wegener put his idea and his evidence together in his book The Origin of Continents and Oceans, first published in 1915. New editions with additional evidence were published later in the decade. In his book he said that around 300 million years ago the continents had all been joined into a single landmass he called Pangaea, meaning “all earth” in ancient Greek. The supercontinent later broke apart and the continents having been moving into their current positions ever since. He called his hypothesis continental drift.

The Problem with the Hypothesis

Wegener’s idea seemed so outlandish at the time that he was ridiculed by other scientists. What do you think the problem was? To his colleagues, his greatest problem was that he had no plausible mechanism for how the continents could move through the oceans. Based on his polar experiences, Wegener suggested that the continents were like icebreaking ships plowing through ice sheets. The continents moved by centrifugal and tidal forces. As Wegener’s colleague, how would you go about showing whether these forces could move continents? What observations would you expect to see on these continents? 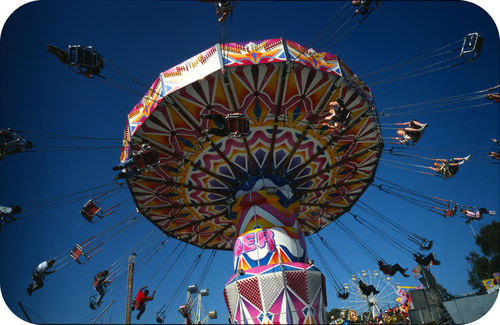 Figure 2. Early hypotheses proposed that centrifugal forces moved continents. This is the same force that moves the swings outward on a spinning carnival ride.

Scientists at the time calculated that centrifugal and tidal forces were too weak to move continents. When one scientist did calculations that assumed that these forces were strong enough to move continents, his result was that if Earth had such strong forces the planet would stop rotating in less than one year. In addition, scientists also thought that the continents that had been plowing through the ocean basins should be much more deformed than they are.

Wegener answered his question of whether Africa and South America had once been joined. But a hypothesis is rarely accepted without a mechanism to drive it. Are you going to support Wegener? A very few scientists did, since his hypothesis elegantly explained the similar fossils and rocks on opposite sides of the ocean, but most did not. 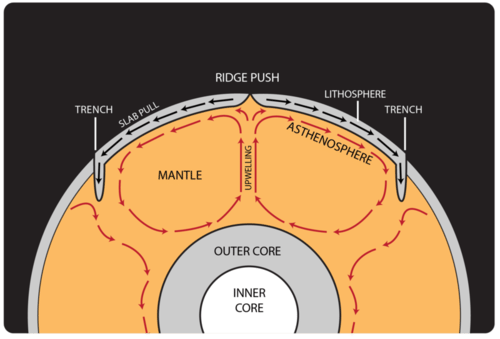 Figure 3. Thermal convection occurs as hot rock in the deep mantle rises towards the Earth’s surface. This rock then spreads out and cools, sinking back towards the core, where it can be heated again. This circulation of rock through the mantle creates convection cells.

Wegener had many thoughts regarding what could be the driving force behind continental drift. Another of Wegener’s colleagues, Arthur Holmes, elaborated on Wegener’s idea that there is thermal convection in the mantle.

In a convection cell, material deep beneath the surface is heated so that its density is lowered and it rises. Near the surface it becomes cooler and denser, so it sinks. Holmes thought this could be like a conveyor belt. Where two adjacent convection cells rise to the surface, a continent could break apart with pieces moving in opposite directions. Although this sounds like a great idea, there was no real evidence for it, either.

Alfred Wegener died in 1930 on an expedition on the Greenland icecap. For the most part the continental drift idea was put to rest for a few decades, until technological advances presented even more evidence that the continents moved and gave scientists the tools to develop a mechanism for Wegener’s drifting continents. Since you’re on a virtual field trip, you get to go along with them as well.