Reading: What Is Weathering?

The footprints that astronauts left on the Moon will be there forever. Why? This is because the Moon has no atmosphere and, as a result, has no weathering. Weathering is one of the forces on Earth that destroy rocks and landforms. Without weathering, geologic features would build up but would be less likely to break down.

Weathering is the process that changes solid rock into sediments. Sediments were described in the Rocks chapter. With weathering, rock is disintegrated. It breaks into pieces.

Once these sediments are separated from the rocks, erosion is the process that moves the sediments. Erosion is the next chapter’s topic. The four forces of erosion are water, wind, glaciers, and gravity. 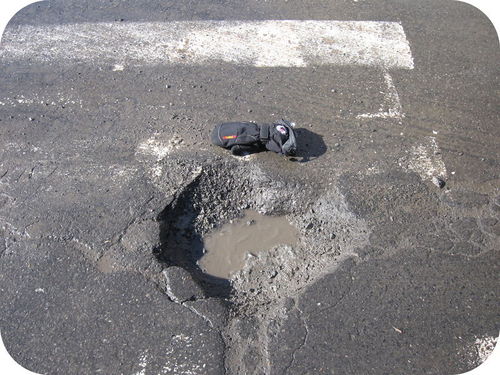 Figure 1. A once smooth road surface has cracks and fractures, plus a large pothole.

While plate tectonics forces work to build huge mountains and other landscapes, the forces of weathering gradually wear those rocks and landscapes away. Together with erosion, tall mountains turn into hills and even plains. The Appalachian Mountains along the east coast of North America were once as tall as the Himalayas.

No human being can watch for millions of years as mountains are built, nor can anyone watch as those same mountains gradually are worn away. But imagine a new sidewalk or road. The new road is smooth and even. Over hundreds of years, it will completely disappear, but what happens over one year? What changes would you see (figure 1)? What forces of weathering wear down that road, or rocks or mountains over time?

Follow this link to view some animations of different types of weathering processes.