Let’s think of pizzas again to model subtraction of mixed numbers with a common denominator. Suppose you just baked a whole pizza and want to give your brother half of the pizza. What do you have to do to the pizza to give him half? You have to cut it into at least two pieces. Then you can give him half.

We will use fraction circles (pizzas!) to help us visualize the process.

Start with one whole. 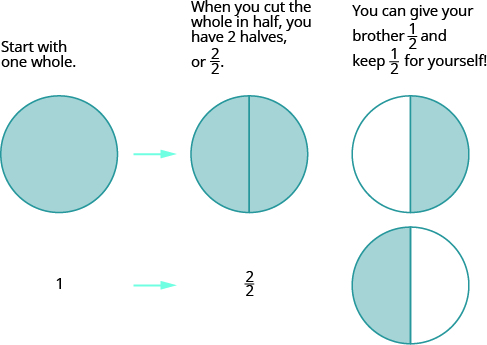 Algebraically, you would write: 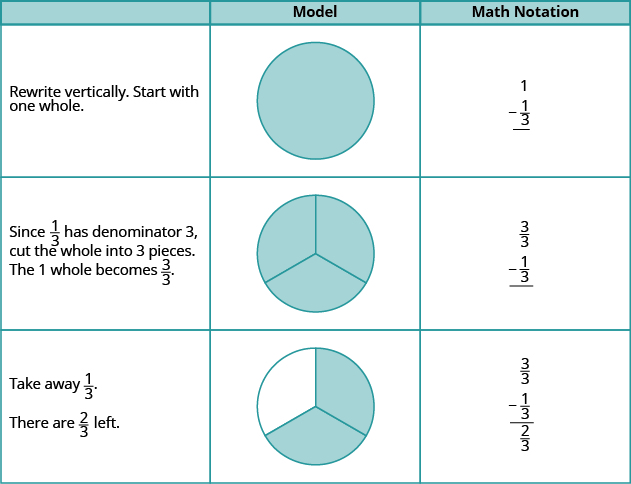 What if we start with more than one whole? Let’s find out. 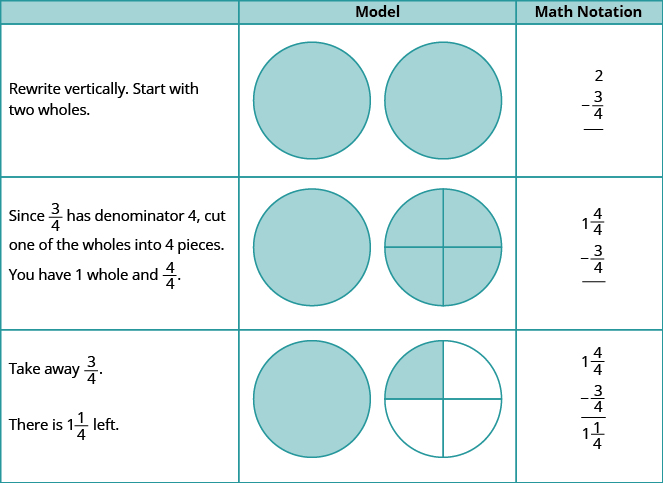 In the next example, we’ll subtract more than one whole. 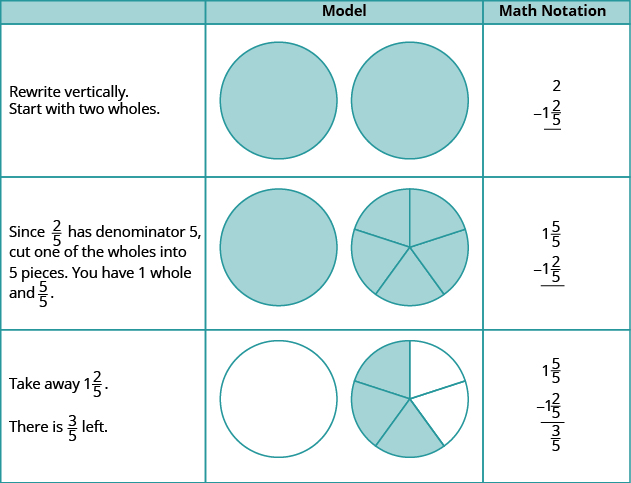 This models what happens when we subtract a fraction from a mixed number. We subtracted three quarters from one dollar and one quarter.

We can also model this using fraction circles, much like we did for addition of mixed numbers.

Use a model to subtract. Draw a picture to illustrate or model your answer.

Now we will subtract mixed numbers without using a model. But it may help to picture the model in your mind as you read the steps.

Watch the following video to see two more examples of how to subtract mixed numbers with like denominators.

Step 1. Rewrite the mixed numbers as improper fractions.
Step 2. Subtract the numerators.
Step 3. Write the answer as a mixed number, simplifying the fraction part, if possible.