It takes repetition and practice to obtain new vocabulary in a language that is new to you. Math is no different in many respects than learning a new language, with all its vocabulary, syntax, and spelling conventions. The symbols in this section may be completely unfamiliar to you. If so, you’ll need to spend time with them, employing flashcards and writing them out by hand in context.

Give yourself time to learn and appreciate the language of mathematics!

a new use for a superscript

The intersection [latex]\cup[/latex] and union [latex]\cap[/latex] symbols look a little like letters in the alphabet. In fact, that’s a trick for remembering them.

The union symbol looks like  a capital U, for union.

The intersection symbol looks a little like a big lower-case n, for in-tersect 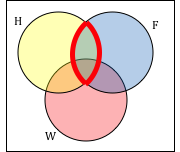 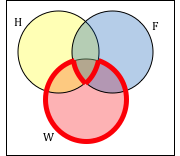 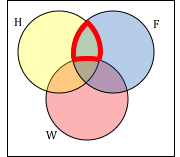 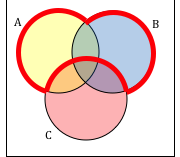