As you read, consider the following questions:

It’s a Saturday afternoon in January in South Africa. When I begin the 45–minute walk to the shops for groceries, I can hear thunder cracking in the distance up the mountain in Mageobaskloof. But at 4 p.m. the sky is still light and bright and I am sure—famous last words—I will be fine without an umbrella. 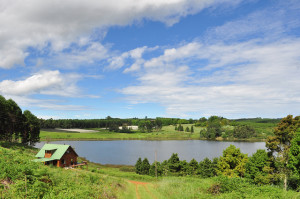 Just the basics: eggs, bread, Diet Coke in a bag slung into the crook of my elbow. Halfway from town, two black South African women—domestic workers in the homes of white Afrikaner families—stop me with wide smiles. They know me; I’m the only white person in town who walks everywhere, as they do. They chatter quickly in northern Sotho: “Missus, you must go fast. Pula e tla na! The rain, it comes!” They like me, and it feels very important to me that they do.“Yebo, yebo, mma,” I say—Yes, it’s true—and I hurry along in flip-flops, quickening my pace, feeling good about our brief but neighborly conversation. These are Venda women.

My black South African friends tell me it’s easy to tell a Venda from a Shangaan from a Xhosa from a Pedi. “These ones from Venda, they have wide across the nose and high in the cheekbones,” they say. But I don’t see it; I’m years away from being able to distinguish the nuances of ethnicity. Today, I know these women are Vendas simply because of their clothing: bright stripes of green and yellow and black fabric tied at one shoulder and hanging quite like a sack around their bodies. They’ve already extended a kindness to me by speaking in northern Sotho. It’s not their language but they know I don’t speak a word of Afrikaans (though they don’t understand why; Afrikaans is the language of white people). They know I struggle with Sotho and they’re trying to help me learn. So they speak Sotho to me and they’re delighted and amused by my fumbling responses. And I am, quite simply, delighted by their delight.

The Venda ladies are right: the rain, it comes. Lightly at first, and by habit I begin trotting to hurry my way home. Just a little rain at first and there are plenty of us out in it. I can see others up ahead on the street and others still just leaving the shops to get back before the real rain begins.

The people who are walking along this swath of tar road are black. Black people don’t live in this neighborhood—or in my town at all, for the most part. They work and board here as domestic workers, nannies, gardeners. Their families live in black townships and rural villages—some just outside of my town; others far away, in places like Venda.

Today, we’re walking together in the rain, and I’m quickening my pace because—after all , it’s raining . That’s what you do in the rain. And even though it’s coming down noticeably harder, it’s 80 degrees and I’m not cold, I’m just wet. My hair is stuck to my forehead and my T-shirt is soaked … and I’m the only one running for cover. And I think: So what? It’s just water and in the middle of the January summer, it’s warm, refreshing water. Why run? Why do we run from the rain?

In my life back in the United States, I might run because I was carrying a leather handbag, or because I wore an outfit that shouldn’t get wet. I would run because rain dishevels and messes things up. Mostly though, we run because we just do; it’s a habit. I’ve done it a hundred times: running to my car or the subway station with a newspaper sheltering my head. I have never not quickened my pace in the rain until today.

It took all of my 27 years and a move to Africa, where I don’t have a leather handbag to shelter or a pretty outfit to protect. I’m wearing an old cotton skirt and a T-shirt, and I’m drenched, and I love it. I learn things here in the most ordinary circumstances. And I feel like a smarter, better woman today because I got groceries in the rain.

But on the long walk home, positively soaked and smiling like a fool, I notice a car pulling over and a man yelling in Afrikaans to get in, get in. I look in the direction I’ve come from and several meters behind me is a woman with a baby tied to her back and an elderly man carrying bags, leading a young boy by the hand. On the road ahead, a woman about my age carries a parcel wrapped in plastic, balanced precariously on her head. There are maybe 20 people walking with me in my reverie of rain and they are black. And the man in the car is white and he’s gesturing frantically for me to get in. Why me? Why not the others? Because I’m white and it’s about race. Everything is about race here.

This man in the car is trying to do something kind and neighborly. He wants to help me and his gesture is right, but his instincts are so wrong. How do you resent someone who is, for no benefit of his own, trying to help? But I do. I resent him and I resent the world he lives in that taught him such selective kindness. This whole event unravels in a few seconds’ time. He’s leaned over and opened the car door, urging me in … and I get in. And we speed past my fellow walkers and he drops me at my doorstep before I have time to think of anything besides giving him directions.

It feels like a mistake because I’m ashamed to think what the Venda women would have felt if he’d ignored them and they had watched me climb into that car. In some ways, the whole episode seems absurd. I’m not going to atone for 400 years of South African history by walking with black people in the rain. If I’d refused his ride, he wouldn’t have thought anything besides the fact that I was certifiably crazy. That’s the thing about being here: I’m not going to changeanything. But I believe it matters in some infinitesimal way that people like the Venda women, and the dozens of people who may walk alongside me on any given day, know that I’m there. In black South African culture it is polite to greet every person you pass. That’s what they do, so I do it, too. On the occasional morning, someone might greet me as “sesi,” sister. I have to believe that matters; I know it matters to me. 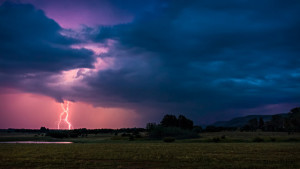 I was disappointed in myself for getting into the car because I acted according to the same habit that makes us think rain an inconvenience. Just as we run from the rain, I hopped into that car because I’m supposed to. Conventionally, it makes sense. But convention compels us to do so many things that don’t make any sense at all. Convention misinforms our instincts. And in a larger sense, it is convention that propels Afrikaner culture anachronistically into the future. Ten years after the supposed end of apartheid, I’m living in a world of institutionalized racism. Convention becomes institution—and it’s oppressive and it’s unjust. I know that if I’m going to make it here for two more years, I need to walk in the rain. It’s a small, wasted gesture, but it’s an uncorrupted instinct that makes me feel human.

So much about living here feels like that fraction of a second when the Afrikaner man was appealing to my conventional sensibilities and the people on the street were appealing to my human instincts. It may feel unnatural to reject those sensibilities just as, at first, it feels unnatural to walk in the rain. But if I lose a hold on my instincts here, I’ll fail myself and I’ll fail to achieve those tiny things that matter so much. It’s simple and it’s small; and it’s everything. Gandhi said, “Be the change you wish to see in the world.” Indeed. Let it rain.