The thoracic cage (rib cage) forms the thorax (chest) portion of the body. It consists of the 12 pairs of ribs with their costal cartilages and the sternum (Figure 1). The ribs are anchored posteriorly to the 12 thoracic vertebrae (T1–T12). The thoracic cage protects the heart and lungs. 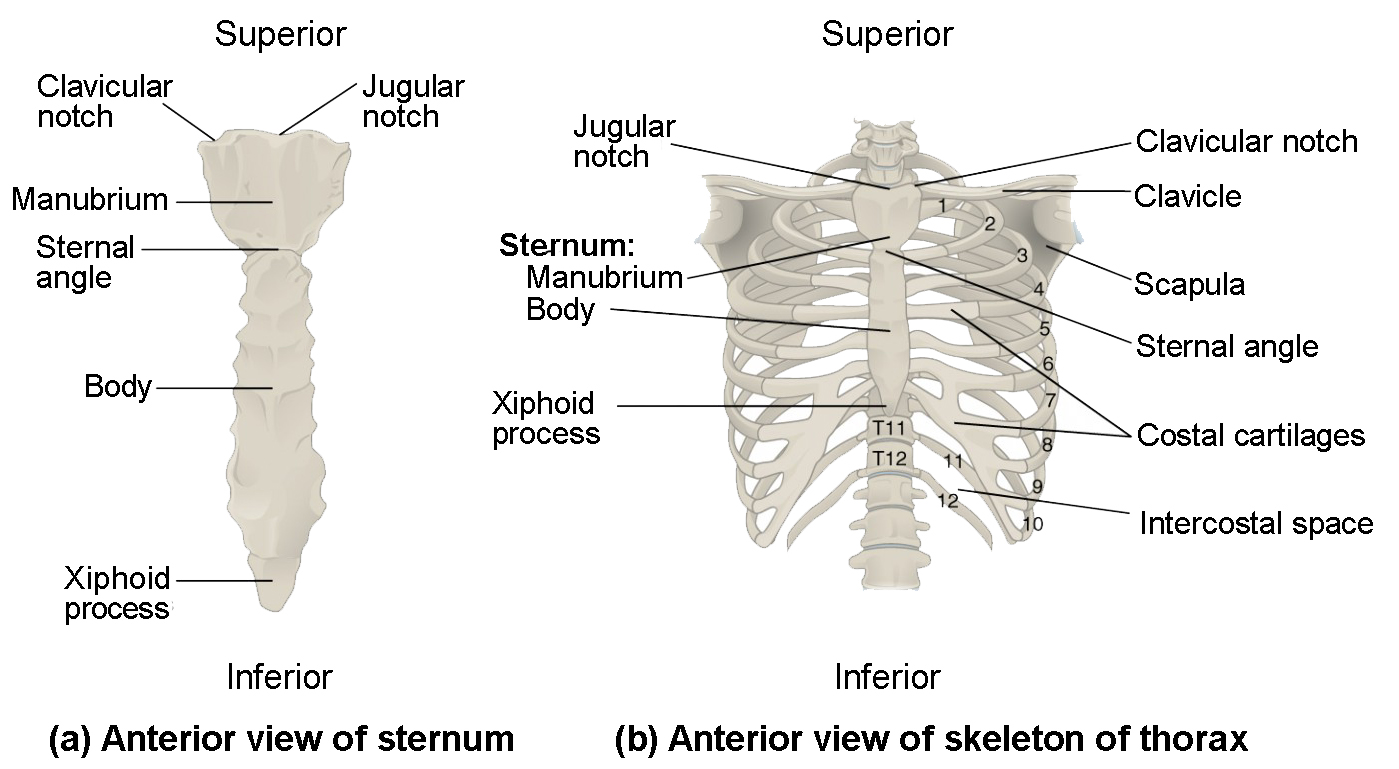 Figure 1. Thoracic Cage. The thoracic cage is formed by the (a) sternum and (b) 12 pairs of ribs with their costal cartilages. The ribs are anchored posteriorly to the 12 thoracic vertebrae. The sternum consists of the manubrium, body, and xiphoid process. The ribs are classified as true ribs (1–7) and false ribs (8–12). The last two pairs of false ribs are also known as floating ribs (11–12).

The sternum is the elongated bony structure that anchors the anterior thoracic cage. It consists of three parts: the manubrium, body, and xiphoid process. The manubrium is the wider, superior portion of the sternum. The top of the manubrium has a shallow, U-shaped border called the jugular (suprasternal) notch. This can be easily felt at the anterior base of the neck, between the medial ends of the clavicles. The clavicular notch is the shallow depression located on either side at the superior-lateral margins of the manubrium. This is the site of the sternoclavicular joint, between the sternum and clavicle. The first ribs also attach to the manubrium.

Parts of a Typical Rib

The posterior end of a typical rib is called the head of the rib. This region articulates primarily with the costal facet located on the body of the same numbered thoracic vertebra and to a lesser degree, with the costal facet located on the body of the next higher vertebra. Lateral to the head is the narrowed neck of the rib. A small bump on the posterior rib surface is the tubercle of the rib, which articulates with the facet located on the transverse process of the same numbered vertebra. The remainder of the rib is the body of the rib (shaft). Just lateral to the tubercle is the angle of the rib, the point at which the rib has its greatest degree of curvature. The angles of the ribs form the most posterior extent of the thoracic cage. In the anatomical position, the angles align with the medial border of the scapula. A shallow costal groove for the passage of blood vessels and a nerve is found along the inferior margin of each rib.