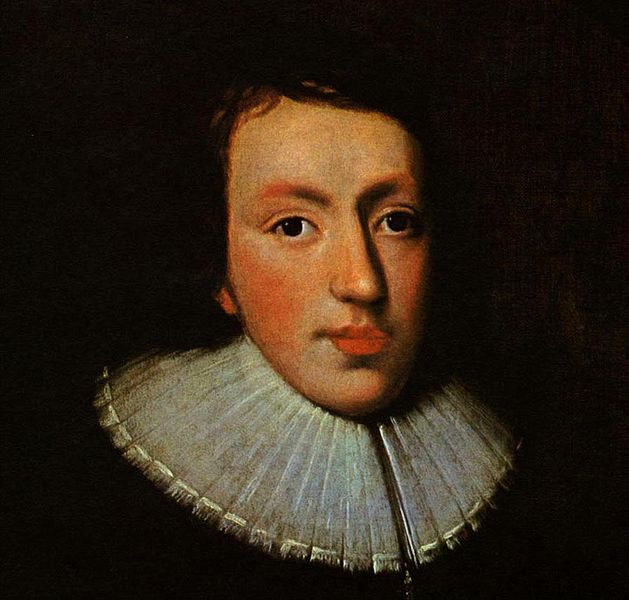 Portrait of John Milton in National Portrait Gallery, London, circa 1629

John Milton (9 December 1608 – 8 November 1674) was an English poet, polemicist, man of letters, and a civil servant for the Commonwealth of England under Oliver Cromwell. He wrote at a time of religious flux and political upheaval, and is best known for his epic poem Paradise Lost (1667), written in blank verse.

Milton’s poetry and prose reflect deep personal convictions, a passion for freedom and self-determination, and the urgent issues and political turbulence of his day. Writing in English, Latin, Greek, and Italian, he achieved international renown within his lifetime, and his celebrated Areopagitica (1644)—written in condemnation of pre-publication censorship—is among history’s most influential and impassioned defences of free speech and freedom of the press.

William Hayley’s 1796 biography called him the “greatest English author,” and he remains generally regarded “as one of the preeminent writers in the English language,” though critical reception has oscillated in the centuries since his death (often on account of his republicanism).

Milton’s poetry was slow to see the light of day, at least under his name. His first published poem was On Shakespear (1630), anonymously included in the Second Folio edition of William Shakespeare. In the midst of the excitement attending the possibility of establishing a new English government, Milton collected his work in 1645 Poems. The anonymous edition of Comus was published in 1637, and the publication of Lycidas in 1638 in Justa Edouardo King Naufrago was signed J. M. Otherwise, the 1645 collection was the only poetry of his to see print, until Paradise Lost appeared in 1667.

Additional information on Milton’s life, work, and influence can be found here.