To better understand epidemiology of infectious diseases, it is important to mention the Robert Koch postulates, also known as “The Henle-Koch Postulates”. This study infers 4 essential factors about the relationship between a microbe and a disease:

With Koch’s studies from anthrax to human diseases, such as tuberculosis, helps scientists and health professionals to better understand the building blocks of disease epidemiology and control. By knowing what, how, and where the microorganisms affect provides ideas for early interventions in order to limit the transmission and eradicate diseases. More recently, modern nucleic acid-based, microbial methods have made Koch’s postulates less applicable and remodeled his studies, since they had limitations (Lipkin, W., 2008). Although Koch postulates had a few limitations, and technology has advanced, there are more efficient methods to figure out the casual relationship between microbes and infectious diseases.

There are about more than 200 communicable diseases that spread from one species to another through a variety of ways (APHA, 2018). Transmission of these diseases can differ depending on the agent, host, and environment. Infections such as Salmonella and E. coli are spread through the fecal-oral routes, which usually occurs among food and water-borne diseases due to poor water supply and hygiene/sanitation. HIV and Hepatitis B are sexually transmitted, or through the sharing of needles/syringes. There is also aerosol infections due to inhaled droplets, and vector borne diseases such as malaria, and the West Nile virus, which are carried within mosquitoes, fleas etc. 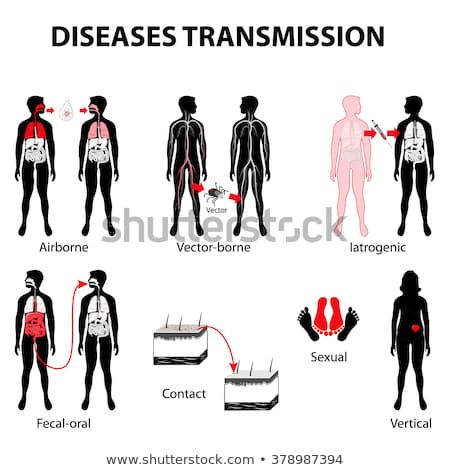 One of the deadliest pandemics caused by an infectious disease was the Bubonic Plague, commonly known as the Black Death. It killed over 50 million people in Europe during the 14th century (Ole J. Benedictow, 2005). The plague is a disease caused by Yersinia pestis, which is a zoonotic bacterium belonging to the Enterobacteriaceae family. The main characteristic of the agent, Yersinia pestis, is its wide range of hosts and vectors. It is generally spread by fleas that circulates among wild rodents. The fleas pick up the bacteria when they bite rodents, such as rats, mice, and squirrels. This helps the disease spread quickly by simply biting the next animal or human. As the rodent population dies, the fleas bite humans, who are another susceptible host. While the organism enters the host, the temperature of 37 degrees Celsius induces a rapid replication of the microbes. These bacteria produces an inflammatory response at the bitten site, which drains into a lymph node and produces a painful bubo, hence the name bubonic plague. There is another form of the plague called pneumonic plague. It is less common than the bubonic plague, but is more virulent and is spread through the inhalation of respiratory droplets from a person who is affected with pneumonic plague. The environment also has to be considered when discussing infectious diseases. The bubonic plague has been reported almost every year in Madagascar during the warmer season from September and April (WHO, 2017). Since the plague is transmitted by rat fleas, it shows that there needs to be an emphasis on pest control, environmental crowding and sanitation.

Medications became available to treat and prevent the bubonic plague. Antibiotics such as streptomycin and gentamicin were approved by the Food and Drug Administration (FDA). Both drugs have to be administered via intramuscular or intravenous injection. 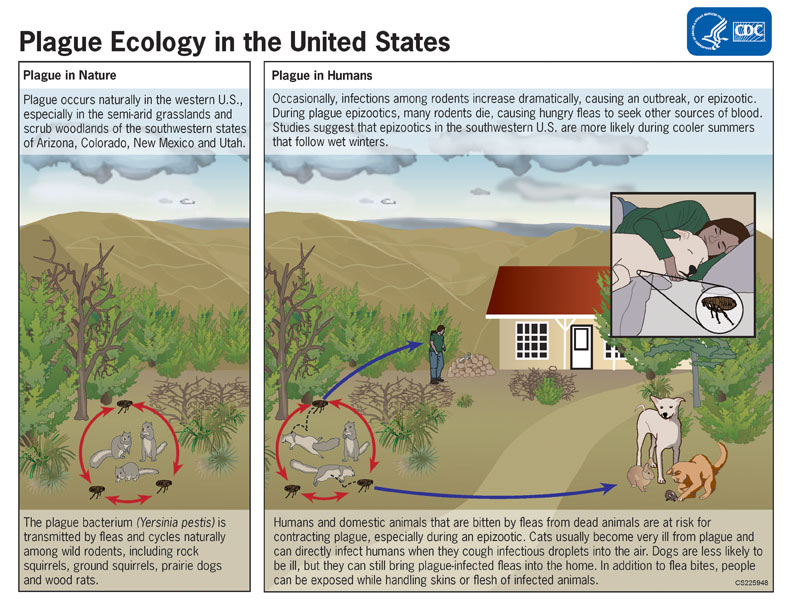 Another infectious disease that is prevalent in the world today is HIV/AIDS. HIV, Human Immunodeficiency Virus, is a lentivirus from the retroviridae family which is sexually transmitted from person-to-person contact, causing AIDS, Acquired Immunodeficiency Syndrome. HIV/AIDS can severely weaken a person’s immune system making them more vulnerable to different diseases. Such diseases include tuberculosis, meningitis, candidiasis, etc. (Mayoclinic, 2018) The main two types of HIV are HIV-1, which is prevalent in the United States and Europe, and HIV-2, which is prevalent in West Africa. Although no one knows where the infection has derived from, it is believed to have come from a mutation of simian immunodeficiency virus (SIV), which affects non-human primates such as monkeys/chimpanzees (Frontline, 2006). However, it is widely known that this infectious disease is spread through sexual contact and unsanitary usage of needles/syringes.

Certain body fluids such as blood, semen, rectal fluids, vaginal fluids, and breast milk from a person who has HIV can transmit the infection to another person (CDC,2018). Most of the time HIV is spread through coming in direct contact with the mucous membranes or the bloodstream. Macrophages and monocytes are reservoirs of HIV that live in human cells, replicating and destroying the immune system. There is no cure for HIV/AIDS, but there are treatments and it can be a preventable infectious disease. These treatments include, but are not limited to, a cocktail of antiviral drugs, such as PreP (Pre-exposure prophylaxis). Environmental factors such as social aspects play a big role in the transmission of the disease. In the United States, the largest number of new HIV cases are dominantly found in gay and bisexual men. Blacks/African Americans and Hispanics are more likely to be affected with HIV (CDC, 2018). Every community varies in HIV/AIDS cases depending on many factors such as demographics, education status, and health programs that are available in the community.

Infectious diseases can easily be applied to the epidemiological triad, but some diseases have different factors that need the triad to be expanded. With this being said, epidemiologists can further study the relationships between the factors (agent, host, environment) within infectious diseases and now chronic diseases as well.