Read the following introduction to an academic paper written by an undergraduate linguistics student. Has the punctuation in this passage been used effectively? Identify any errors, and comment where punctuation might be used to a better effect. The sentences have been numbered to aid you in your comments. 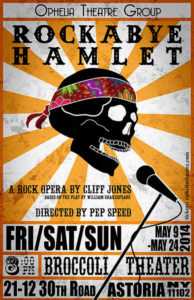 (1) American culture today is filled with external references—every piece of media seems to be connected to at least three others in some way or another. (2) Its almost jarring to sit through a movie, that doesn’t make some type of reference to a preexisting work. (3) This kind of interplay between different works is called intertextuality a term coined in 1986 by Julia Kristeva. (4) This paper will look at the intertextuality present in the children’s movie Enchanted; specifically, it will examine the kind of references made and the reason behind those references.

(5) Intertexuality in children’s movies is a little unique because these films must appeal to two vastly different audiences: young children and their parents. (6) While children are the primary target audience for these movies parents are the ones who will ultimately purchase the movie (or not). (7) Because of these two distinct audiences, intertextuality appears constantly in childrens’ media to create humor and to add interest for adults who may find themselves watching the same movie tens of times.

The speech below is given by Gwendolen in Oscar Wilde’s The Importance of Being Earnest (Act 1, Scene 1). Imagine you want to quote this speech in a paper, leaving out the bolded portions. How would you insert this quote into your paper? Be sure to correctly cite the quotation as well. 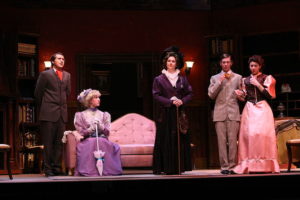 Jack? . . . No, there is very little music in the name Jack, if any at all, indeed. It does not thrill. It produces absolutely no vibrations . . . I have known several Jacks, and they all, without exception, were more than usually plain. Besides, Jack is a notorious domesticity for John! And I pity any woman who is married to a man called John. She would probably never be allowed to know the entrancing pleasure of a single moment’s solitude. The only really safe name is Ernest.

Show Answer
Here is an example of how this might be appropriately quoted:

The Importance of Being Earnest, despite its title, is not actually about being honest or sincere. Instead, it is about the importance of having the name Earnest. The main character, Jack, has romanced a woman, all the while calling himself Earnest. Near the beginning of the play, he asks if she would mind if his name were Jack. She responds, “Jack? [. . .] No, there is very little music in the name Jack, if any at all, indeed. . . . Besides, Jack is a notorious domesticity for John! And I pity any woman who is married to a man called John. . . . The only really safe name is Ernest” (Wilde 1.1).