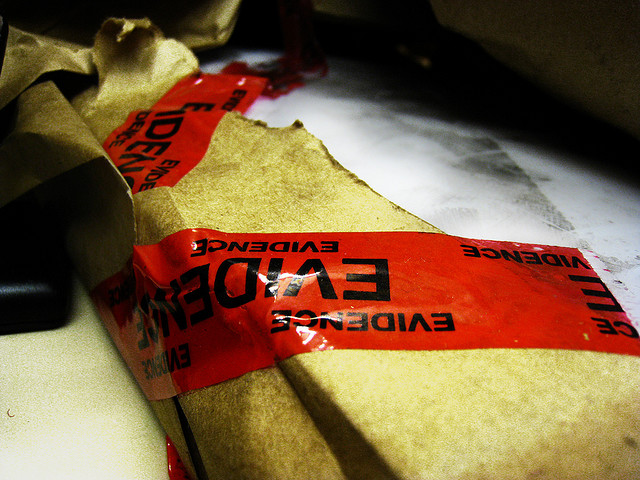 In this section, you learn the definition of homicide and the meaning of human being, which vary from state to state. You also learn that suicide is not criminal, but assisted suicide might be, depending on the jurisdiction.

Synopsis of the History of Homicide

Homicide is the killing of one human being by another. Homicide is not always criminal. For example, a lawful execution pursuant to the death penalty is homicide, but it is not criminal homicide.

In modern times, most states define criminal homicide and its elements in statutes, which often are interpreted by case law. Many jurisdictions continue to follow Blackstone’s philosophy and the common-law division between murder and manslaughter, as is discussed in this chapter.

Often the victim’s body is never discovered, which could make it more difficult for the prosecution to prove corpus delicti but not impossible. If there is sufficient circumstantial or direct evidence, such as bloodstains, surveillance footage, or witness testimony, the prosecution can prove corpus delicti without the victim’s body and can convict the defendant of criminal homicide.

Feticide is the intentional destruction of a fetus. At common law, a human being could not be the victim of criminal homicide unless it was born alive (Keeler v. Superior Court, 2010). The Model Penal Code takes this approach and defines human being as “a person who has been born and is alive” (Model Penal Code § 210.0 (1)). The modern trend in many jurisdictions is to include the fetus as a victim in a criminal homicide or feticide statute, excepting abortion. The definition of fetus is either set forth in the criminal homicide or feticide statute or created by case law. Many states and the federal government consider an embryo a fetus from the time of conception (Ala. Code, 2010). Other states determine that a fetus is formed when the child has “quickened,” or is able to move within the womb—about four to five months after conception (Fla. Stat., 2010). A few states do not consider the fetus a victim of criminal homicide or feticide until it is viable and can survive outside the womb (Ind. Code, 2010). 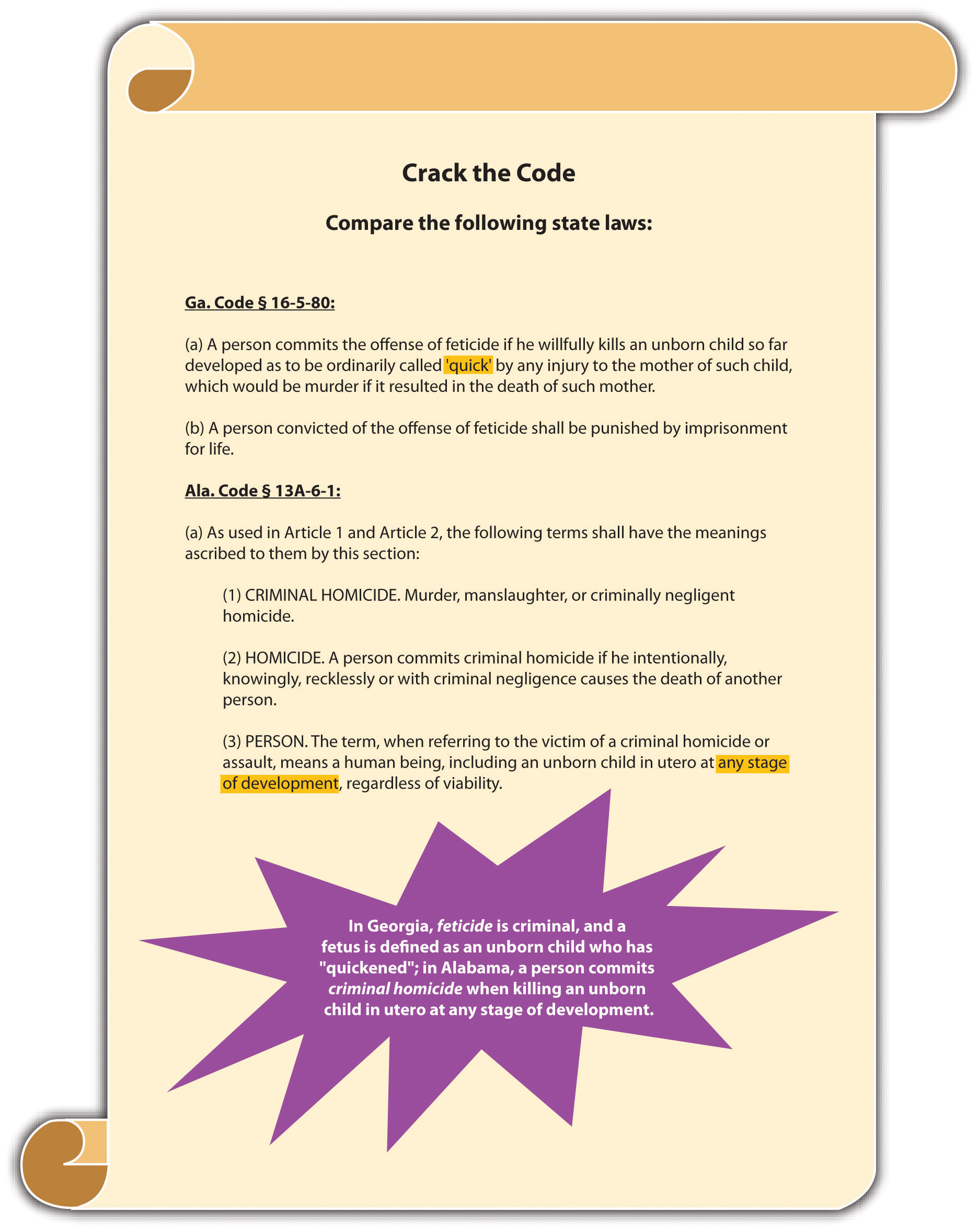 At common law, suicide was a crime. The punishment was forfeiture of the lands owned by the deceased. In modern times, most states do not criminalize suicide. However, almost all jurisdictions make it a crime to assist a suicide, and the US Supreme Court has held these statutes constitutional (Washington v. Glucksberg, 2010). Several states have special statutes that specifically punish assisted suicide less severely than their first- or second-degree murder statutes (Tex. Penal Code, 2010). A minority of states allow terminally ill patients to end their lives with the assistance of a physician (Or. Rev. Stat., 2010). The Model Penal Code provides that “[a] person who purposely aids or solicits another to commit suicide is guilty of a felony of the second degree if his conduct causes such suicide or an attempted suicide” (Model Penal Code § 210.5(2)).