The immune system can be divided into two overlapping mechanisms to destroy pathogens: the innate immune response, which is relatively rapid but nonspecific and thus not always effective, and the adaptive immune response, which is slower in its development during an initial infection with a pathogen, but is highly specific and effective at attacking a wide variety of pathogens (see Figure 1). 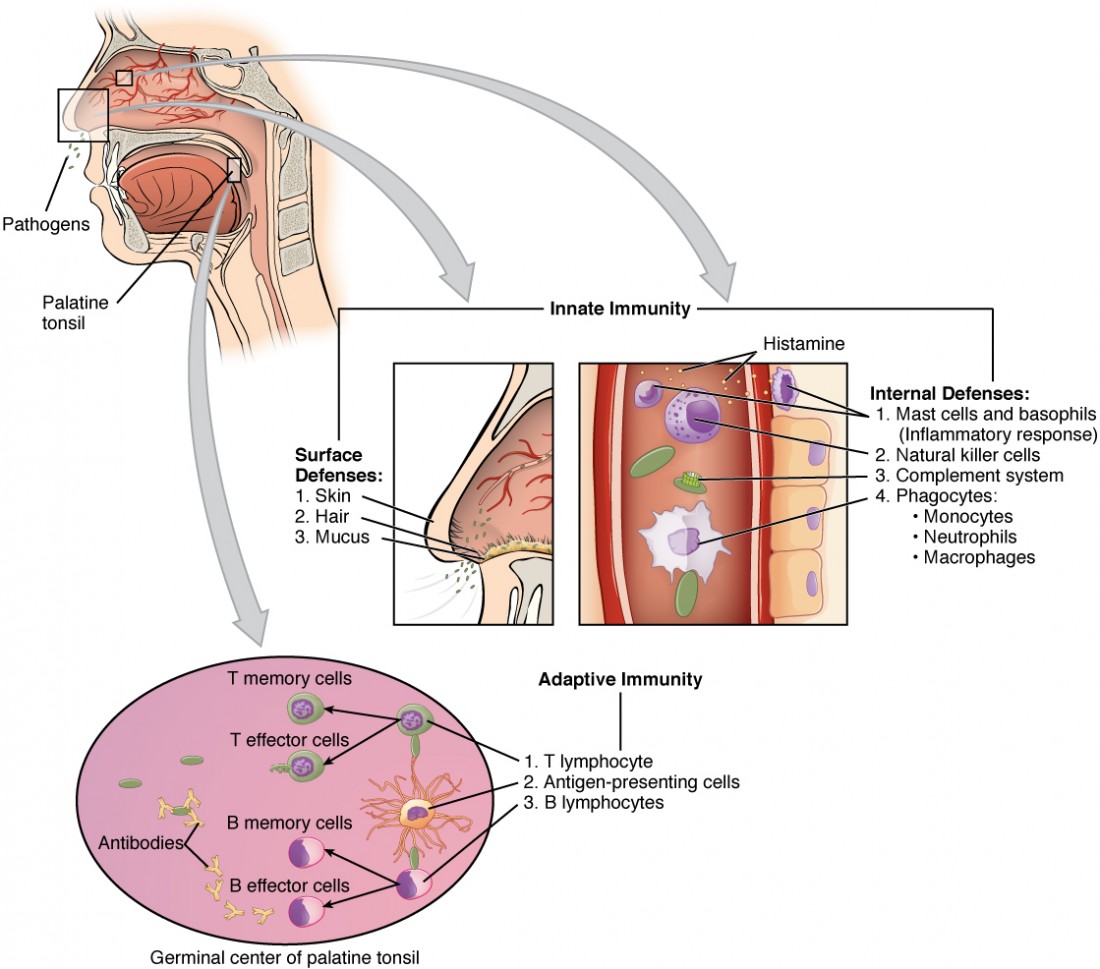 Figure 1. The innate immune system enhances adaptive immune responses so they can be more effective.

Any discussion of the innate immune response usually begins with the physical barriers that prevent pathogens from entering the body, destroy them after they enter, or flush them out before they can establish themselves in the hospitable environment of the body’s soft tissues. Barrier defenses are part of the body’s most basic defense mechanisms. The barrier defenses are not a response to infections, but they are continuously working to protect against a broad range of pathogens.

The different modes of barrier defenses are associated with the external surfaces of the body, where pathogens may try to enter (see Table 1). The primary barrier to the entrance of microorganisms into the body is the skin. Not only is the skin covered with a layer of dead, keratinized epithelium that is too dry for bacteria to grow in, but as these cells are continuously sloughed off from the skin, they carry bacteria and other pathogens with them. Additionally, sweat and other skin secretions may lower pH, contain toxic lipids, and physically wash microbes away.

Another barrier is the saliva in the mouth, which is rich in lysozyme—an enzyme that destroys bacteria by digesting their cell walls. The acidic environment of the stomach, which is fatal to many pathogens, is also a barrier. Additionally, the mucus layer of the gastrointestinal tract, respiratory tract, reproductive tract, eyes, ears, and nose traps both microbes and debris, and facilitates their removal. In the case of the upper respiratory tract, ciliated epithelial cells move potentially contaminated mucus upwards to the mouth, where it is then swallowed into the digestive tract, ending up in the harsh acidic environment of the stomach. Considering how often you breathe compared to how often you eat or perform other activities that expose you to pathogens, it is not surprising that multiple barrier mechanisms have evolved to work in concert to protect this vital area.

Cells of the Innate Immune Response

A phagocyte is a cell that is able to surround and engulf a particle or cell, a process called phagocytosis. The phagocytes of the immune system engulf other particles or cells, either to clean an area of debris, old cells, or to kill pathogenic organisms such as bacteria. The phagocytes are the body’s fast acting, first line of immunological defense against organisms that have breached barrier defenses and have entered the vulnerable tissues of the body.

Many of the cells of the immune system have a phagocytic ability, at least at some point during their life cycles. Phagocytosis is an important and effective mechanism of destroying pathogens during innate immune responses. The phagocyte takes the organism inside itself and fuses it with its digestive enzymes, effectively killing many pathogens. On the other hand, some bacteria including Mycobacteria tuberculosis, the cause of tuberculosis, may be resistant to these enzymes and are therefore much more difficult to clear from the body. Macrophages, neutrophils, and dendritic cells are the major phagocytes of the immune system.

A macrophage is an irregularly shaped phagocyte that is amoeboid in nature and is the most versatile of the phagocytes in the body. Macrophages move through tissues and squeeze through capillary walls. They not only participate in innate immune responses but have also evolved to cooperate with lymphocytes as part of the adaptive immune response. Macrophages exist in many tissues of the body, either freely roaming through connective tissues or fixed to reticular fibers within specific tissues such as lymph nodes. When pathogens breach the body’s barrier defenses, macrophages are the first line of defense.

A neutrophil is a phagocytic cell that is attracted from the bloodstream to infected tissues. These spherical cells contain cytoplasmic granules, which in turn contain a variety of molecules capable of affecting the diameter of blood vessels such as histamine. In contrast, macrophages have few or no cytoplasmic granules. Whereas macrophages act like sentries, always on guard against infection, neutrophils can be thought of as military reinforcements that are called into a battle to hasten the destruction of the enemy. Although, usually thought of as the primary pathogen-killing cell of the inflammatory process of the innate immune response, new research has suggested that neutrophils play a role in the adaptive immune response as well, just as macrophages do.

A monocyte is a circulating precursor cell that differentiates into either a macrophage or dendritic cell, which can be rapidly attracted to areas of infection by signal molecules of inflammation.

NK cells are a type of lymphocyte that have the ability to induce apoptosis, that is, programmed cell death, in cells infected with intracellular pathogens such as bacteria and viruses. NK cells recognize these cells by mechanisms that are still not well understood, but that presumably involve their surface receptors. NK cells can induce apoptosis, in which a cascade of events inside the cell causes its own death by either of two mechanisms:

Both mechanisms are especially effective against virally infected cells. If apoptosis is induced before the virus has the ability to synthesize and assemble all its components, no infectious virus will be released from the cell, thus preventing further infection.

Cells of the innate immune response, the phagocytic cells, and the cytotoxic NK cells recognize patterns of pathogen-specific molecules, such as bacterial cell wall components or bacterial flagellar proteins, using pattern recognition receptors. A pattern recognition receptor (PRR) is a membrane-bound receptor that recognizes characteristic features of a pathogen and molecules released by stressed or damaged cells.

These receptors are present on the cell surface whether they are needed or not. Should the cells of the innate immune system come into contact with a species of pathogen they recognize, the cell will bind to the pathogen and initiate phagocytosis (or cellular apoptosis in the case of an intracellular pathogen) in an effort to destroy the offending microbe. Receptors vary somewhat according to cell type, but they usually include receptors for bacterial components and for complement, discussed below.

The previous discussions have alluded to chemical signals that can induce cells to change various physiological characteristics, such as the expression of a particular receptor. These soluble factors are secreted during innate or early induced responses, and later during adaptive immune responses.

A cytokine is signaling molecule that allows cells to communicate with each other over short distances. Cytokines are secreted into the intercellular space, and the action of the cytokine induces the receiving cell to change its physiology. A chemokine is a soluble chemical mediator similar to cytokines except that its function is to attract cells (chemotaxis) from longer distances.

Early induced proteins are those that are not constitutively present in the body, but are made as they are needed early during the innate immune response. Interferons are an example of early induced proteins. Cells infected with viruses secrete interferons that travel to adjacent cells and induce them to make antiviral proteins. Thus, even though the initial cell is sacrificed, the surrounding cells are protected.

The complement system is a series of proteins constitutively found in the blood plasma. As such, these proteins are not considered part of the early induced immune response. Made in the liver, they have a variety of functions in the innate immune response, using what is known as the “alternate pathway” of complement activation. Additionally, complement functions in the adaptive immune response as well, in what is called the classical pathway. The complement system consists of several proteins that enzymatically alter and fragment later proteins in a series, which is why it is termed cascade. Once activated, the series of reactions is irreversible, and releases fragments that have the following actions:

Figure 2 shows the classical pathway, which requires antibodies of the adaptive immune response. The alternate pathway does not require an antibody to become activated. 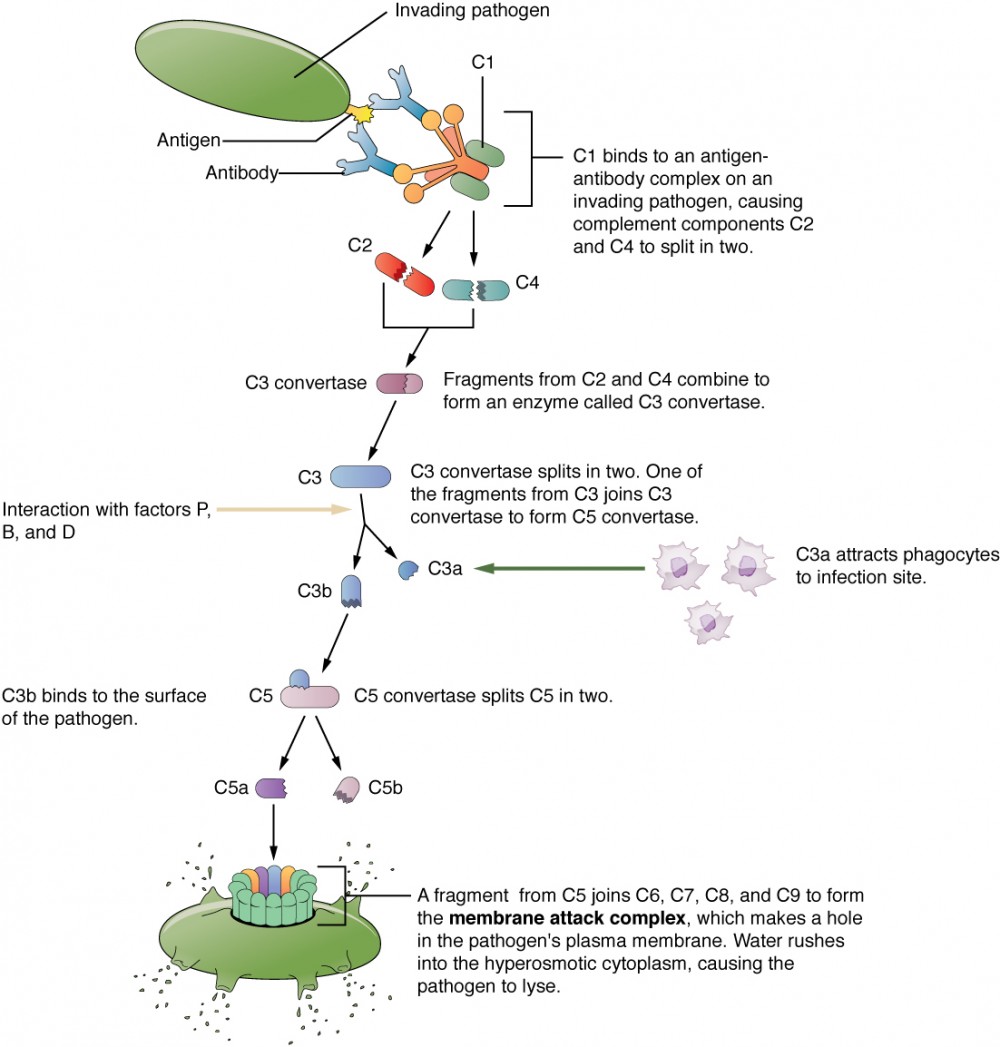 Figure 2. The classical pathway, used during adaptive immune responses, occurs when C1 reacts with antibodies that have bound an antigen.

The splitting of the C3 protein is the common step to both pathways. In the alternate pathway, C3 is activated spontaneously and, after reacting with the molecules factor P, factor B, and factor D, splits apart. The classical pathway is similar, except the early stages of activation require the presence of antibody bound to antigen, and thus is dependent on the adaptive immune response. The earlier fragments of the cascade also have important functions. Phagocytic cells such as macrophages and neutrophils are attracted to an infection site by chemotactic attraction to smaller complement fragments. Additionally, once they arrive, their receptors for surface-bound C3b opsonize the pathogen for phagocytosis and destruction.

The hallmark of the innate immune response is inflammation. Inflammation is something everyone has experienced. Stub a toe, cut a finger, or do any activity that causes tissue damage and inflammation will result, with its four characteristics: heat, redness, pain, and swelling (“loss of function” is sometimes mentioned as a fifth characteristic). It is important to note that inflammation does not have to be initiated by an infection, but can also be caused by tissue injuries. The release of damaged cellular contents into the site of injury is enough to stimulate the response, even in the absence of breaks in physical barriers that would allow pathogens to enter (by hitting your thumb with a hammer, for example). The inflammatory reaction brings in phagocytic cells to the damaged area to clear cellular debris and to set the stage for wound repair (Figure 3).

This reaction also brings in the cells of the innate immune system, allowing them to get rid of the sources of a possible infection. Inflammation is part of a very basic form of immune response. The process not only brings fluid and cells into the site to destroy the pathogen and remove it and debris from the site, but also helps to isolate the site, limiting the spread of the pathogen. Acute inflammation is a short-term inflammatory response to an insult to the body. If the cause of the inflammation is not resolved, however, it can lead to chronic inflammation, which is associated with major tissue destruction and fibrosis. Chronic inflammation is ongoing inflammation. It can be caused by foreign bodies, persistent pathogens, and autoimmune diseases such as rheumatoid arthritis.

There are four important parts to the inflammatory response:

Overall, inflammation is valuable for many reasons. Not only are the pathogens killed and debris removed, but the increase in vascular permeability encourages the entry of clotting factors, the first step towards wound repair. Inflammation also facilitates the transport of antigen to lymph nodes by dendritic cells for the development of the adaptive immune response.