In choosing a method of contraception, dual protection from the simultaneous risk for HIV and other STDs also should be considered. Although hormonal contraceptives and IUDs are highly effective at preventing pregnancy, they do not protect against STDs, including HIV. Consistent and correct use of the male latex condom reduces the risk for HIV infection and other STDs, including chlamydial infection, gonococcal infection, and trichomoniasis.

For women who have recently had a baby and are breastfeeding, the Lactational Amenorrhea Method (LAM) can be used as birth control when three conditions are met: 1) amenorrhea (not having any menstrual periods after delivering a baby), 2) fully or nearly fully breastfeeding, and 3) less than 6 months after delivering a baby. LAM is a temporary method of birth control, and another birth control method must be used when any of the three conditions are not met. 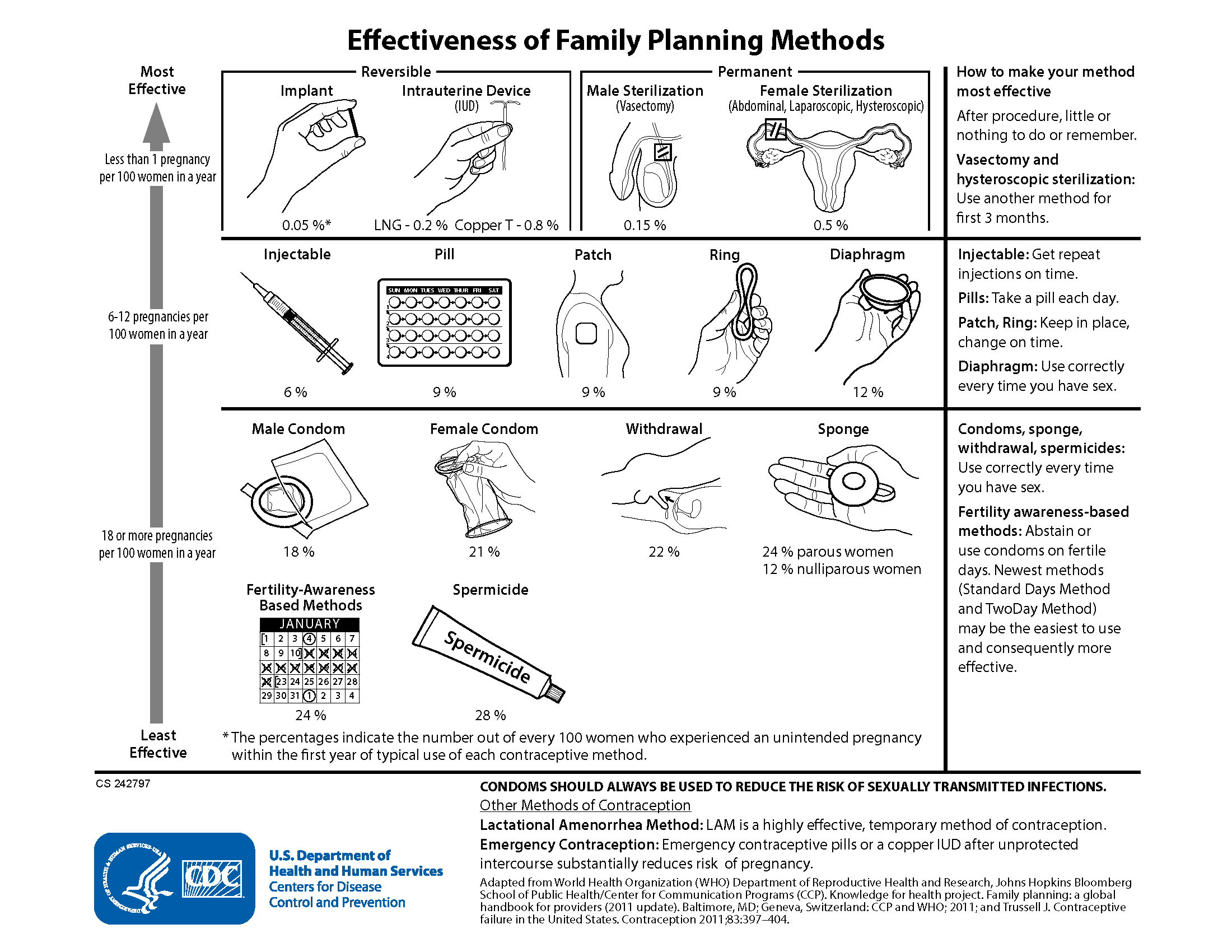