As groundwater is pumped from water wells, there usually is a localized drop in the water table around the well called a cone of depression. When there are a large number of wells that have been pumping water for a long time, the regional water table can drop significantly. This is called groundwater mining, which can force the drilling of deeper, more expensive wells that commonly encounter more saline groundwater. Rivers, lakes, and artificial lakes (reservoirs) can also be depleted due to overuse. Some large rivers, such as the Colorado in the U.S. and Yellow in China, run dry in some years. The case history of the Aral Sea discussed later in this chapter involves depletion of a lake. Finally, glaciers are being depleted due to accelerated melting associated with global warming over the past century.

Another water resource problem associated with groundwater mining is saltwater intrusion, where overpumping of fresh water aquifers near ocean coastlines causes saltwater to enter fresh water zones. The drop of the water table around a cone of depression in an unconfined aquifer can change the direction of regional groundwater flow, which could send nearby pollution toward the pumping well instead of away from it. Finally, problems of subsidence (gradual sinking of the land surface over a large area) and sinkholes (rapid sinking of the land surface over a small area) can develop due to a drop in the water table.

The water crisis refers to a global situation where people in many areas lack access to sufficient water, clean water, or both. This section describes the global situation involving water shortages, also called water stress. In general, water stress is greatest in areas with very low precipitation (major deserts), large population density (e.g., India), or both. Future global warming could worsen the water crisis by shifting precipitation patterns away from humid areas and by melting mountain glaciers that recharge rivers downstream. Melting glaciers will also contribute to rising sea level, which will worsen saltwater intrusion in aquifers near ocean coastlines.

Figure 2. Countries Facing Water Stress in 1995 and Projected in 2025 Water stress is defined as having a high percentage of water withdrawal compared to total available water in the area. Source: Philippe Rekacewicz (Le Monde diplomatique), February 2006

According to a 2006 report by the United Nations Development Programme, 700 million people (11% of the world’s population) lived with water stress. Most of them live in the Middle East and North Africa. By 2025, the report projects that more than 3 billion people (about 40% of the world’s population) will live in water-stressed areas with the large increase coming mainly from China and India. The water crisis will also impact food production and our ability to feed the ever-growing population. We can expect future global tension and even conflict associated with water shortages and pollution. Historic and future areas of water conflict include the Middle East (Euphrates and Tigris River conflict among Turkey, Syria, and Iraq; Jordan River conflict among Israel, Lebanon, Jordan, and the Palestinian territories), Africa (Nile River conflict among Egypt, Ethiopia, and Sudan), Central Asia (Aral Sea conflict among Kazakhstan, Uzbekistan, Turkmenistan, Tajikistan, and Kyrgyzstan), and south Asia (Ganges River conflict between India and Pakistan).

The current and future water crisis described above requires multiple approaches to extending our fresh water supply and moving towards sustainability. Some of the longstanding traditional approaches include dams and aqueducts.

Reservoirs that form behind dams in rivers can collect water during wet times and store it for use during dry spells. They also can be used for urban water supplies. Other benefits of dams and reservoirs are hydroelectricity, flood control, and recreation. Some of the drawbacks are evaporative loss of water in arid climates, downstream river channel erosion, and impact on the ecosystem including a change from a river to lake habitat and interference with migration and spawning of fish.

Aqueducts can move water from where it is plentiful to where it is needed. Aqueducts can be controversial and politically difficult especially if the water transfer distances are large. One drawback is the water diversion can cause drought in the area from where the water is drawn. For example, Owens Lake and Mono Lake in central California began to disappear after their river flow was diverted to the Los Angeles aqueduct. Owens Lake remains almost completely dry, but Mono Lake has recovered more significantly due to legal intervention. 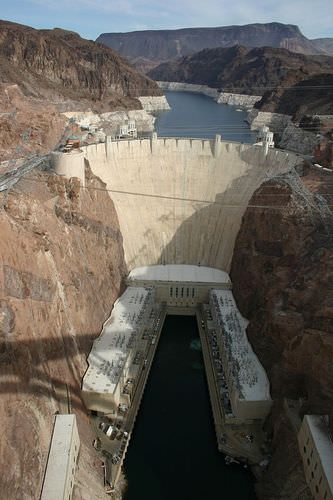 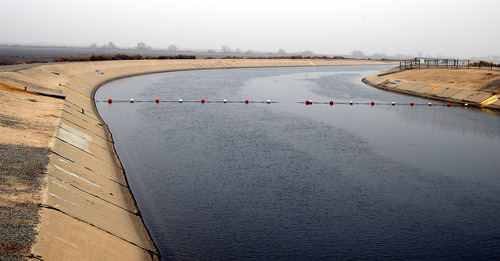 One method that can actually increase the amount of fresh water on Earth is desalination, which involves removing dissolved salt from seawater or saline groundwater. There are several ways to desalinate seawater including boiling, filtration, and electrodialysis. All of these procedures are moderately to very expensive and require considerable energy input, making the water produced much more expensive than fresh water from conventional sources. In addition, the process creates highly saline wastewater, which must be disposed of and creates significant environmental impact. Desalination is most common in the Middle East, where energy from oil is abundant but water is scarce.

Conservation means using less water and using it more efficiently. Around the home, conservation can involve both engineered features, such as high-efficiency clothes washers and low-flow showers and toilets, as well as behavioral decisions, such as growing native vegetation that require little irrigation in desert climates, turning off the water while you brush your teeth, and fixing leaky faucets.

Rainwater harvesting involves catching and storing rainwater for reuse before it reaches the ground. Another important technique is efficient irrigation, which is extremely important because irrigation accounts for a much larger water demand than public water supply. Water conservation strategies in agriculture include growing crops in areas where the natural rainfall can support them, more efficient irrigation systems such as drip systems that minimize losses due to evaporation, no-till farming that reduces evaporative losses by covering the soil, and reusing treated wastewater from sewage treatment plants. Recycled wastewater has also been used to recharge aquifers.

This article documents how many lakes across the globe are drying up, the reasons why, and the effect on humans. Overuse and a warming climate threaten lakes that provide sustenance and jobs for humans, while also providing critical habitat for animals.