Conformity is a type of social influence involving a change in belief or behaviour in order to fit in with a group. 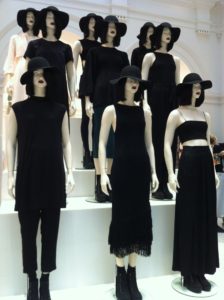 The term conformity is often used to indicate an agreement to the majority position, brought about either by a desire to ‘fit in’ or be liked (normative) or because of a desire to be correct (informational), or simply to conform to a social role (identification).

Jenness (1932) was the first psychologist to study conformity. His experiment was an ambiguous situation involving a glass bottle filled with beans. 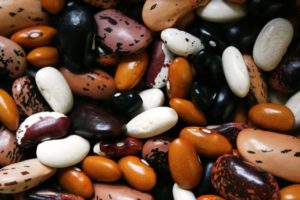 He asked participants individually to estimate how many beans the bottle contained. Jenness then put the group in a room with the bottle, and asked them to provide a group estimate through discussion.

Participants were then asked to estimate the number on their own again to find whether their initial estimates had altered based on the influence of the majority.

Jenness then interviewed the participants individually again, and asked if they would like to change their original estimates, or stay with the group’s estimate. Almost all changed their individual guesses to be closer to the group estimate. However, perhaps the most famous conformity experiment was by Solomon Asch (1951) and his line judgment experiment.

This occurs ‘when an individual accepts influence because he hopes to achieve a favorable reaction from another person or group. He adopts the induced behavior because….he expects to gain specific rewards or approval and avoid specific punishment or disapproval by conformity’ (Kelman, 1958, p. 53).

In other words, conforming to the majority (publicly), in spite of not really agreeing with them (privately). This is seen in Asch’s line experiment.

Compliance stops when there are no group pressures to conform, and is therefore a temporary behavior change.

This occurs ‘when an individual accepts influence because the content of the induced behavior—the ideas and actions of which it is composed—is intrinsically rewarding. He adopts the induced behavior because it is congruent [consistent] with his value system’ (Kelman, 1958, p. 53). 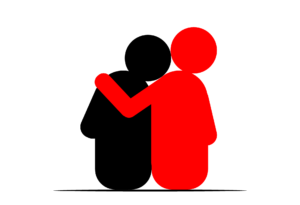 Internalization always involves public and private conformity. A person publicly changes their behavior to fit in with the group, while also agreeing with them privately.

This is the deepest level of conformity were the beliefs of the group become part of the individual’s own belief system. This means the change in behavior is permanent. This is seen in Sherif’s autokinetic experiment.

This occurs ‘when an individual accepts influence because he wants to establish or maintain a satisfying self-defining relationship to another person or group’ (Kelman, 1958, p. 53).

Individuals conform to the expectations of a social role, e.g. nurses, police officers. It is similar to compliance as there does not have to be a change in private opinion. A good example is Zimbardo’s Prison Study.

This is when a person conforms to impress or gain favor/acceptance from other people.

It is similar to normative influence, but is motivated by the need for social rewards rather than the threat of rejection, i.e., group pressure does not enter the decision to conform.

Aim: Sherif (1935) conducted an experiment with the aim of demonstrating that people conform to group norms when they are put in an ambiguous (i.e. unclear) situation. 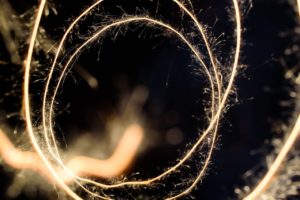 Method: Sherif used a lab experiment to study conformity. He used the autokinetic effect—this is where a small spot of light (projected onto a screen) in a dark room will appear to move, even though it is still (i.e. it is a visual illusion).

It was discovered that when participants were individually tested their estimates on how far the light moved varied considerably (e.g. from 20cm to 80cm).

The participants were then tested in groups of three. Sherif manipulated the composition of the group by putting together two people whose estimate of the light movement when alone was very similar, and one person whose estimate was very different. Each person in the group had to say aloud how far they thought the light had moved.

Results: Sherif found that over numerous estimates (trials) of the movement of light, the group converged to a common estimate. The person whose estimate of movement was greatly different to the other two in the group conformed to the view of the other two.

Sherif said that this showed that people would always tend to conform. Rather than make individual judgments they tend to come to a group agreement.

Conclusion: The results show that when in an ambiguous situation (such as the autokinetic effect), a person will look to others (who know more / better) for guidance (i.e. adopt the group norm).  They want to do the right thing, but may lack the appropriate information. Observing others can provide this information. This is known as informational conformity.

Not everyone conforms to social pressure. Indeed, there are many factors that contribute to an individual’s desire to remain independent of the group. 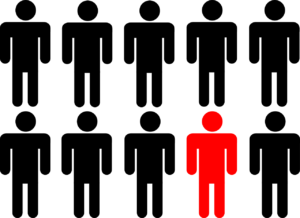 For example, Smith and Bond (1998) discovered cultural differences in conformity between western and eastern countries. People from Western cultures (such as America and the UK) are more likely to be individualistic and don’t want to be seen as being the same as everyone else.

This means that they value being independent and self sufficient (the individual is more important that the group), and as such are more likely to participate in non conformity.

Deutsch, M., & Gerard, H. B. (1955). A study of normative and informational social influences upon individual judgment. The Journal of Abnormal and Social Psychology, 51(3), 629.