Everyday Life As a Text:

Note: this is a condensation of the original article

The television industry has historically been more or less interested in consumer data gleaned from viewer rating systems and focus groups. What is different about data collected from social media platforms is that it is “wild,” collected from everyday utterances and not within a structured research scenario (C. Ang, Bobrowicz, Schiano, & Nardi, 2013). This “wild data” allows television companies access to a broader spectrum of consumer information in an open-ended format that allows for more careful tracking of changes in consumer sentiment over time…. 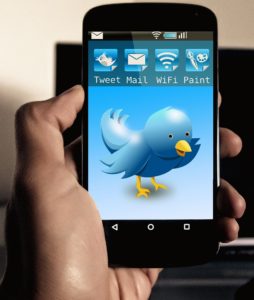 Thus, I want to argue that the data-intensive monitoring of everyday life offers some measure of soft control over audiences in a digital media landscape. Borrowing from the work of Gilles Deleuze (1992), Henri Lefebvre (1984), James Beniger (1986), and Tiziana Terranova (2004), I use the phrase soft control to define the purposeful actions of the television industry to shape audience attention toward predetermined goals. These interactions between television companies and audiences develop autonomously over time while often being interjected with prompts and run through different iterations. The data collection that happens on Twitter can be seen as a soft control practice that works in the background to funnel information about audiences to television companies. This happens because Twitter gives television companies in-depth access to unstructured utterances from the everyday life of the Twitter user. The data that are produced in this instance occur because people are simply using Twitter the way it is supposed to be used. Twitter’s algorithmic scripts have data to parse because, well, we do the work. They are there to track, atomize, and tabulate us. By looking specifically at the role Twitter plays in harnessing knowledge about audience behaviors and practices, I will show how algorithmic scripts are put into action for the television industry and how the logic of soft control helps strengthen various television companies’ position in a digital media environment.

This is not to suggest that television companies can determine audiences in the strictest sense—that would clearly be false. Any investigation into “Social TV”—the relationships created between social media technologies and television—will quickly uncover that audience attention is not something that is easily taken for granted. In fact, this process of capturing eyeballs is never fully complete and always in flux. But this does not mean that television companies are not finding uses of social media to manage the terms of the industry–audience relationship. The amount of data we pump into this social feedback loop is astounding and points to the unequal dynamic between producers and audiences. Thus, even in a media environment that ostensibly gives more control to the audience, an uneven playing field exists….

On June 4, 2013, @bobbychiu wrote “My expression after watching Game of Thrones this week . . . Omg” which was paired with a picture of a rabbit emerging from a hole, ears perked, face wide with terror. 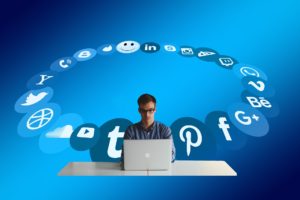 The most interesting thing about this tweet is that it has no direct connection to the HBO showGame of Thrones. This user is not trying to talk back to Game of Thrones; he or she is merely sharing his opinion with a range of his followers and using Twitter the way it is supposed to be used. Thus, this individual is just tweeting about what is happening in his or her everyday life. It just happens that this expression is hosted on a platform that catalogs this sentiment and algorithmically aggregates it with the other tweets connected to Game of Thrones.

As one person, @bobbychiu’s comments are fun but once aggregated have the potential to paint a picture of broader consumer sentiment. It makes sense that television companies would want access to Twitter’s data as evidence suggests that Twitter usage portrays a different picture of the popularity of shows than traditional Nielsen ratings do (Amol & Vranica, 2013). In addition, Twitter has been leveraging its relationship with television in an attempt to monetize the platform. As Sarah Perez of TechCrunch says, Twitter is “betting big on being the TV companion app” (Perez, 2013).

To better understand how these data are aggregated, let us look at Bluefin Labs, one of many companies (Radian6, General Sentiment, Sysomos, Converseon, and Trendrr) in the growing field of Social TV analytics. According to Bluefin Labs, their clients include 40 of the largest TV networks in the US (Conyers, 2012). Founded in 2008, Bluefin was purchased by Twitter in February of 2013 to shore up a relationship to television companies (MacMillan, 2013).

Bluefin calls its work in Social TV analytics the “TV Genome.” This “genome” is created by cross-referencing comments made on Twitter with program guide information, the names of characters and actors, closed-captioning text, demographic information about who is commenting, along with an advertising schedule that Bluefin created. The “genome” works in two tiers, one tied into those watching within a 3-hr window of the show and another focusing on the 90 days after a show’s premiere to catch time-shifted viewing.… 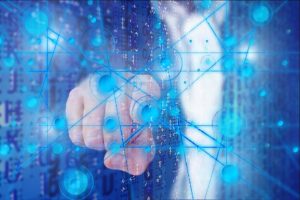 The semantic analysis that Bluefin does for specific channels–including shows, advertisements, interstitials–is made meaningful for television companies when combined with an analysis of tweets. This allows Bluefin to have a very specific knowledge of when conversations about a television program are occurring. To more precisely catalog what the folks on Twitter think of particular shows, Bluefin breaks the language of tweets down into categories that are more sophisticated than good or bad—“vulgar or polite, serious or amused, calm or excited” (Talbot, 2011). Thus, Bluefin utliziies deep machine learning algorthims that are utlizied to give order and meaning to comments pulled from social media.

While Twitter also uses Bluefin to target advertisements at particular tweeters, the use of tweets to create a map of human behavior is another animal altogether (Lunden, 2013). This map ingests data from a variety of places we can be in our everyday lives—at work, home, at a friend’s house, or a bar. As long as we have a smartphone and a Twitter app (or on another app running Twitter’s API), we can do the things we may normally do: respond to a tweet by a friend, comment about the role of nudity in HBO programming, proclaim excitement over the trajectory of a particular character arc, or any other example from the vast array of choices that constitute our everyday lives. Translating the playing we do on Twitter into data, Bluefin atomizes our tweets and reassembles them into larger identified data trends that look something like water cooler “talk.” In this way, the social media we may create—in this instance, a tweet—becomes the data for television companies to better understand how we feel about television…. 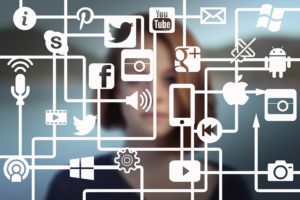 The data that algorithms behind the TV Genome collect are used to shape the direction of television companies as they come to grips with an environment that works against dictating windows of distribution. The background algorithms are used to create the structured tracking, personalization, and responsiveness that are becoming an important part of how television relates to digital media environments. Furthermore, the collection of data allows television a richer picture of the rhythms, places, and practices of the everyday lives of audience members. That these data are dynamic offers the potential for an even more complex rendering of our everyday lives as companies “measure” and “adjust” their relationship to audiences. Thus, the moment data are mapped, reduced, and fed back into audience retention strategies is when we can see a logic soft control….

The important point to note here is how these algorithms work in our everyday life not by hailing us—calling for any particular mode of address—but [by] working in the background to collect “wild” data from our experiences of being alive and communicating. Eli Parsier (2012), in The Filter Bubble, says we tell ourselves a reassuring story. In a broadcast society, editors largely had control of the flow of information. They could tell us when, where, and how. The Internet ostensibly swept these structures away. But rather than the baton of control being passed to us, it has been passed from industrial gatekeepers to algorithmic ones.

Second, I want to point out that the amount of data collected by a company like Twitter (and, remember, they are but one player in this larger field of data collection) helps identify logistics of soft control by reinforcing an asymmetry of information between those who hold data and those who do not. The “information flow” goes from our social media work to their databases and not the other way around (Solove, 2004, p. 162).

In the amount of knowable things circulating today—the texts of our everyday lives, or at least the information traces these texts leave behind—we can start to see the way Deleuze’s society of control might work. As entities like the television industry create more sophisticated portraits of whom we are, they arguably gain the upper hand in patterning their practices toward our digital habits. As a nod to Pierre Bourdieu, these corporations know my habitus perhaps better than I do.